Phil Hogan - 'UK won't change its mind on Brexit for many years, if ever' [Sarantis Michalopoulos]

The EU has “accepted” that the Brexit process is irreversible and that the UK will leave the bloc next March, Ireland’s European Commissioner said on Monday (April 9).

Speaking at a seminar organised by Dublin City University’s Brexit Institute in Brussels, Phil Hogan, the EU’s Commissioner for Agriculture, said that the “unknown” element in Brexit was almost over.

“The United Kingdom is now, in this negotiation, to all intents and purposes a third country,” he noted, adding that “its flag will be hauled down from before the EU’s institutions”.

Hogan also fired a series of veiled attacks at Theresa May’s government, warning that outside the EU it would be reduced to the status of a “medium-sized nation”. 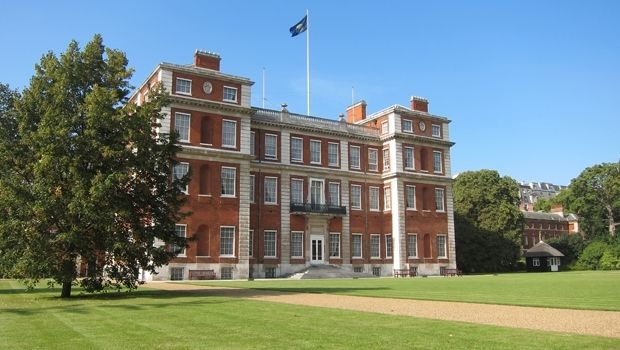 It used to be a Eurosceptic fantasy for the Commonwealth to replace the EU as the UK’s main trading partner.

The value of the Pound Sterling would also become increasingly vulnerable to external economic shocks, he added.

Nor did the May government have a clear vision of what its future outside the EU should look like.

“One thing we have already learned from Brexit is that the UK does not have a better idea: it does not have a replacement for the Union as a way to improve the life quality of its citizens, its businesses, and its standing in the world,” he said

He also reiterated the warning given by EU leaders that the UK would not be able to ‘cherry pick’ EU laws and regulatory agencies that it wanted to maintain.

“The UK cannot expect to retain the benefits of EU membership when it is no longer a member. Galileo and many of the desired benefits listed by Prime Minister May are facilities for EU members only,” said Hogan.

The speech, which was given the day before the 20th anniversary of the 1998 Good Friday Agreement, which marked the key moment in ending the ‘Troubles’ that blighted Northern Ireland for a generation, also touched on Irish fears from the Brexit process.

Brexit creates a new land border with the EU – between the Republic and Northern Ireland –  a situation that has been recognised from the start by both the EU and UK.

Hogan said that the EU27 had been “constant in its support” for Ireland on the border issue, adding that it was “well-known that Ireland’s trade with the UK is large and Ireland is steeling itself for a blow.”

Although a 21-month transition agreement, during which the UK will retain access to the single market and pay contributions to the EU budget, was agreed by leaders at March’s European Council summit, the question of how to avoid a ‘hard border’ between the North and the Republic remains unresolved. Under the ‘backstop’ proposal for the Irish border, the island of Ireland will remain in regulatory alignment with the EU if an alternative cannot be agreed.

UK officials and their counterparts from Michel Barnier’s Commission taskforce have been in talks since the March summit in a bid to resolve the Irish border issue.

Alongside the criticisms, Hogan remarked that May’s government had “proved adroit so far at avoiding hotspots”, largely by ensuring that the Article 50 negotiations were predominantly kept “at the level of officials, who, according to their brief, must work below the radar.”