One year before the United Kingdom is scheduled to leave the European Union, EURACTIV’s partner efe-epa spoke to a diverse group of people, including British citizens and EU nationals who have made lives for themselves in the UK, to find out how they felt about Brexit.

The UK is set to formally leave the EU on 29 March, 2019, after the British electorate narrowly voted in favour of parting ways in a referendum held in June 2016. The vote has split public opinion and generated much debate across the country, in Brussels and beyond.

“People did not know what they were voting for, it was voted for out of ignorance and fear,” Lucia Campetella, an Italian who has been in Britain for 10 years, told epa.

She said she felt “trapped” because despite deciding to leave the UK after the referendum and looking for work elsewhere in Europe, “London is the only city able to offer opportunities.” 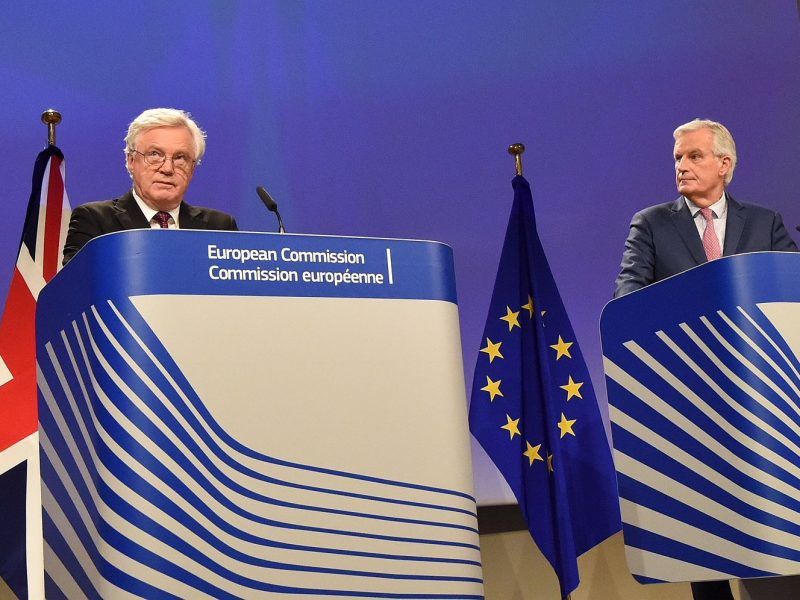 For Dorota Staniak, a Polish citizen who owns a café in North West London, Brexit brought up questions of nationality for her family. “I ask my children and they first say they are British then Polish. They were born here and will come to think of themselves as British.”

She dispelled any idea that jobs for UK citizens were under threat by Poles: “Many people think Polish people take British jobs _ it’s not true,” she said, pointing out that when she worked as a cleaner in a hotel, only two out of the 40 employees were British.

“There are jobs and British people do not want to work in those sectors,” she said.

Nick Otterwell from Canterbury, a farm manager for a lettuce grower, was concerned about how Brexit would affect his industry in terms of staffing, pointing out that most of his company’s workers came from Bulgaria and Romania for a season.

“When Brexit happened, it affected the morale of the workers,” he said, adding that businesses would have to “work harder to attract staff” in the future, or else “crops won’t get picked.”

Gawain Towler, who has been a member of the United Kingdom Independence Party – a driving force behind Brexit – for the past 13 years meanwhile argued that the country would govern itself better alone than with the EU.

“Nobody thinks the world is going to be perfect after Brexit, but I don’t think there’s ever been a case in human history where greater freedom has been worse than less freedom,” he said, describing Remainers [those who wanted the UK to stay in the EU] as “fanatics and fanatical European nationalists” who “will stop at nothing.”

A property developer and co-founder of the “Leave Means Leave” campaign group warned that holding a second referendum on the issue would put democracy at risk.

“If there was a second referendum and Brexit stopped, then the belief in our democratic institutions would stop and we would be in totally uncharted territory,” Richard Tice said.

He suggested that people would “look back and say the UK is doing fantastic, what was all the fuss about?”

Steve Bray, a pro-EU campaigner from Wales who stands outside the UK parliament every time it sits, suggested there was time to rethink the process and accused Brexiters _ those who wanted the UK to leave _ of deceiving voters.

“Those that were deceived into voting leave are from the more deprived areas and they are the ones who are going to pay the price,” he warned. “There is time to change your mind.”

Patrick Minford, a professor in Applied Economics at Cardiff University in Wales, described the EU as “protectionist” and “anti-competition,” an organization that protected EU producers but “not British.”

“It is an immoral system of theft, it steals resources from other countries and stops demand from other economies,” Minford said.

He argued that “unskilled” migration was putting a strain on the National Health Service because people were “not paying their way in the UK,” praising the system in Germany whereby citizens have to contribute before they can benefit.

“It’s not racism, it’s an economic argument,” he said.

Jane Pierce, a pro-EU campaigner from London who has lived and worked in France and Spain and would like her children to have similar experiences, was concerned that Members of Parliament did not appear to want to discuss the matter among themselves or with voters.

“After Brexit, Britain is going to look like an impoverished powerless beetle lying on its back,” she wagered.