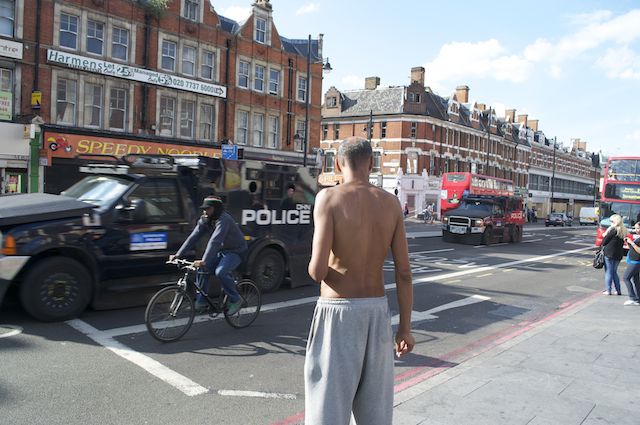 South London has been a magnet for immigrants since the 1950s. Brixton High Street, August 2011. [Joel Schalit]

Over half of Britons believe immigration has a detrimental effect on the UK’s National Health Service.

A new poll by ComRes/ITV News, shows 55% of British adults think immigration impacts negatively on the NHS, despite 11% of NHS staff and 26% of NHS doctors being foreign nationals.

The results coincide with the announcement by the Office of National Statistics that net migration to the UK has risen to 298,000 – 54,000 higher than it was when David Cameron came to power in 2010, despite the prime minister’s election pledge to reduce net migration to tens of thousands per year.

Home Office Minister James Brokenshire told the BBC the government had been “blown off course by net migration from within the EU, which has more than doubled since 2010”.

Sunder Katwala, Director of British Future said the government needed to invest in the immigration system and remove students from the official statistics. “The public would support sensible policies to get a proper grip on immigration: fixing the system with more investment, having sensible targets that apply to the non-EU immigration, removing students from the immigration figures and setting out the reforms to EU free movement which can be delivered.”

“But David Cameron shouldn’t pretend his EU immigration reforms are the magic bullet that helps him hit the ‘tens of thousands’ target. That won’t stand up to two minutes’ scrutiny during the election campaign,” said Katwala.

>>Read: Poll: Majority of Germans reject immigration from outside the EU

Lord Green of Migration Watch said “These figures will be extremely disappointing for the public. The additional pressure on housing and public services is clearly unmanageable.”

Immigration will be key to any potential renegotiation on EU membership. The Conservatives and the UK Independence Pary are keen to limit immigration from within the EU. While UKIP favour leaving the EU entirely, it is unclear how the Conservatives plan to limit EU migration while staying in the Union.