In search of Brexit reciprocity

When the Belgian government assured its British expats they could stay in place and work without a permit in the event of a no-deal Brexit until 2020, the twenty-five thousand Belgian and British citizens who currently live and work in each others’ countries breathed a sigh of relief. [Shutterstock]

When the Belgian government assured British expatriates that they could stay in place and work without a permit in the event of a no-deal Brexit until 2020, the twenty-five thousand Belgian and British citizens who currently live and work in each others’ countries breathed a sigh of relief.

“We will guarantee citizens’ established rights and rights to residence based on reciprocity between both of our countries,” said Belgian secretary of state for asylum and migration Maggie De Block.

In December 2018, the European Commission encouraged member states to be “generous and pragmatic” and grant temporary residence permits to British nationals to give them time to apply for long-term residency status.

Germany and Italy already notified their British contingents at the end of 2018 and the pattern has been followed by other European governments. 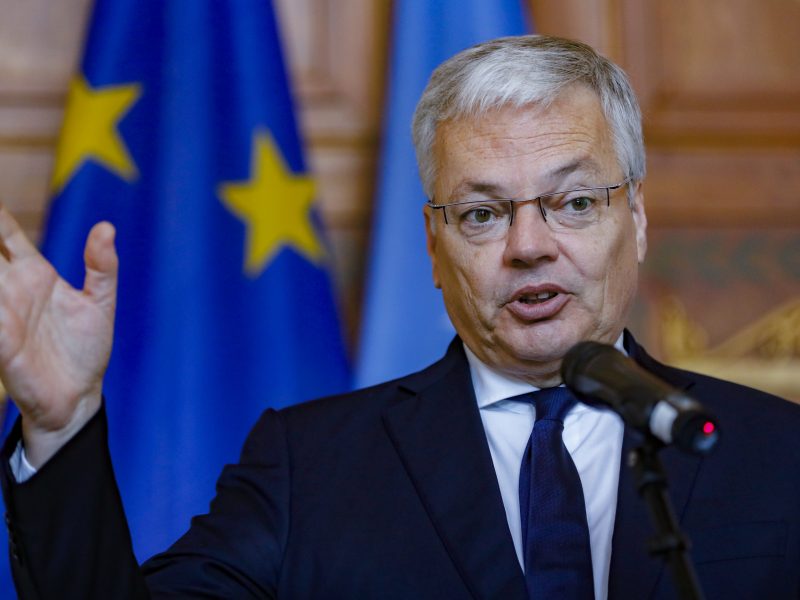 British citizens already living and working in Belgium will be free to remain even in the event of a no-deal Brexit, the UK’s ambassador in Brussels confirmed on Wednesday (16 January).

Spain, which has the largest community of British migrants in the EU, estimated to be at least 300,000, has said that UK tourists will be entitled to residency rights and medical care, as long as the UK agrees to do the same for their citizens.

Meanwhile, Portugal’s law for a no-deal scenario guarantees healthcare to UK tourists who show a valid passport, until the end of 2020.

But those agreements, and there are many others across the EU-27, are conditioned on reciprocity from the UK.

That problem is solved, at least temporarily, if UK lawmakers endorse the Withdrawal Agreement, with a vote scheduled later on Tuesday (22 October).

Under the deal, UK citizens in the EU and EU citizens in the UK will retain their residency and social security rights after Brexit, while freedom of movement rules will continue to apply during the transition period that runs until December 2020.

Equal rights on both sides

In an open letter to UK citizens living in Spain, Foreign Secretary Dominic Raab promised that the UK and Spanish governments had “each taken steps to ensure you will be able to continue accessing healthcare in Spain, exactly as you do now, until at least 31 December 2020 if you are an S1 form holder.”

Yet not all UK ministers appear to be on the same page.

Civil society groups for EU and UK citizens’ rights say recent statements by Home Secretary Priti Patel on the government’s intention to end free movement overnight on 31 October, and Immigration Minister Brandon Lewis’s warning that EU citizens who miss the December 2020 deadline to apply for Settled Status in the UK face being deported, put their future at risk.

He said the status of British citizens “could be jeopardised by the actions of the home secretary if EU member states fail to secure their right to stay before the 31 October.”

In a letter to Prime Minister Boris Johnson on 13 October, the campaign group British in Europe warned that “the status of 1.3 million British citizens, young and old, depends directly on the way in which EU 27 citizens are to be treated in the UK.

“Language and policies matter – undermining the status of our EU 27 friends in the UK undermines our status.”

Professor Jonathan Portes, Senior Fellow at the UK in a Changing Europe think-tank, has estimated that working out the longer-term arrangements for key economic rights such as healthcare and social security entitlements will take years to resolve

At last month’s meeting between Spanish Foreign minister Josep Borrell and UK Brexit Secretary Stephen Barclay, both underlined the intention to continue working together to “minimise possible negative impacts of Brexit on citizens and economic operators.”

“I want to emphasise that my government greatly values the contribution that thousands of Spanish citizens make to our country. We want them to stay in the UK,” said Barclay.

But that did not stop dozens of British migrants marching through the streets of Málaga on 22 September in protest about the uncertainty of their fate as Brexit date approaches.