An Anti Brexit sign is seen beside traffic signs on the Corgary Road near Castlederg, Northern Ireland, 1 June 2018. [Paul McErlane/EPA/EFE]

The interim report suggests creating special economic zones in Northern Ireland “covering frontier traffic and national security” and argues that sanitary and phytosanitary (SPS) tests could be carried out by mobile units away from the Irish border.

However, under questioning from Northern Irish MP Sylvia Herman during a hearing of the Northern Ireland affairs committee on Wednesday (26 June), Singham was unable to estimate the cost of the programme.

“There obviously is a cost. We don’t think the estimates of £13bn are very likely. We don’t have a figure,” he admitted, adding that “our job in the last four weeks was to come up with the arrangements.”

The UK’s tax and customs authority has estimated that a no deal Brexit could impose up to £13bn of costs to businesses each year.

The Irish backstop, under which Northern Ireland would remain in the EU’s customs union if a new EU-UK trade deal is not struck by December 2020, has been the main sticking point in the Brexit Withdrawal Agreement.

However, this was rejected by the EU’s chief negotiator Michel Barnier and his Brexit taskforce. 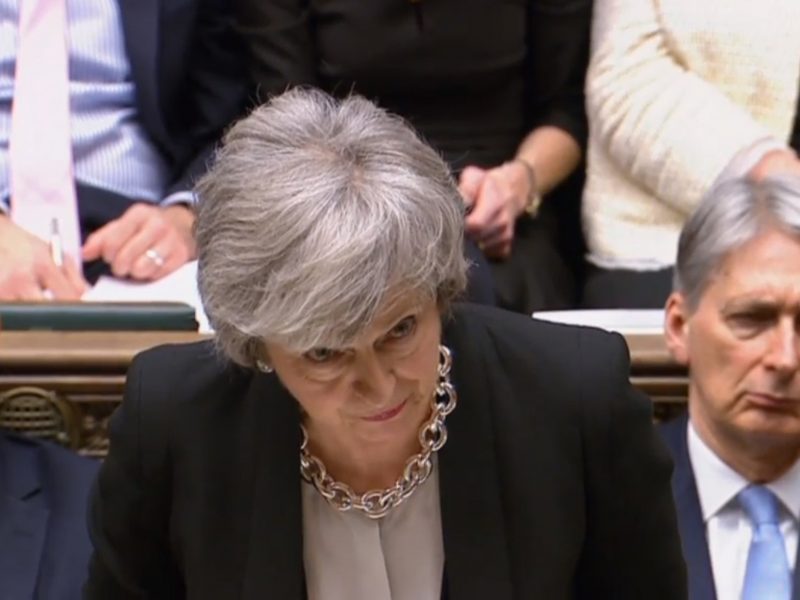 Theresa May will attempt to re-open talks with EU leaders on the controversial Irish backstop in the latest twist to the Brexit crisis.

Despite failing thus far to convince EU negotiators, the UK government has not given up on finding technological alternatives to the Irish backstop and has set up two advisory groups of its own, providing £20m to support the development, testing or piloting of any ideas that emerge from the advisory groups.

The Business and Trade Union Alternative Arrangements Advisory Group, which will examine work to replace the Northern Ireland backstop by the end of 2020, also held its first meeting on Wednesday.

“People got to air their concerns, and it’s a very good start, in fact, I think there’s a realisation that this is not going to be solved by positive thoughts and the wave of a magic wand,” said Aodhan Connolly, director of the Northern Ireland Retail Consortium, and a member of the advisory group.

“Hard choices will have to be made, but our message was very simple – we need unfettered access across the border that was promised and what we really need is the guarantee from the joint report in 2017 is delivered, with no hard border.”

“Within 6-9 months, you can get derogations on barcode in the common transit convention and designated roads… and you could have a full trusted trader programme within twelve to eighteen months,” Singham told MPs, though he added that “these things rely on good will and agreement with the EU and I don’t know how long that would take.”

“Within two to three years, we think that you can do pretty much all of this,” he concluded.

However, Irish Taoiseach Leo Varadkar voiced scepticism at the idea during last week’s EU summit, telling reporters that “we can’t accept that alternative arrangements are an alternative to a backstop unless we see what they are, know how they would work and see them demonstrated.”

“That hasn’t been done yet and I don’t see that being done this side of October 31, which is why we certainly can’t accept the deletion of the backstop,” he added.

The prospects of a No Deal Brexit appear to have increased with May’s resignation. Both candidates competing to replace her, Jeremy Hunt and Boris Johnson, have vowed to re-open negotiations with the EU on the backstop and to leave the bloc without a deal if Michel Barnier’s team refuse to budge.

“I don’t think that (a No Deal) will be a state that lasts for very long,” Singham told MPs, adding that he thought “the UK and EU would quickly return to the negotiating table.”

“There would obviously be a lot of disruption,” he conceded.