Italians approve of May’s speech venue, but not content 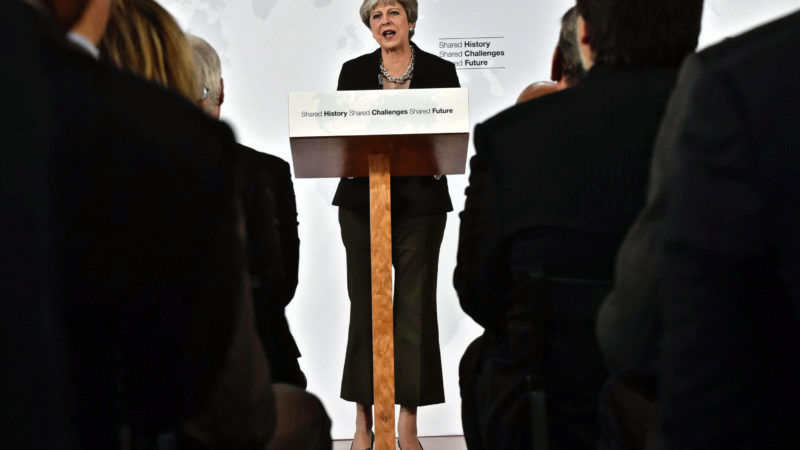 The Italian government, but also ordinary Italians expressed appreciation for UK Prime Minister Theresa May choice of Florence for a speech, during which she asked EU negotiators for more time for a transitional deal after Brexit.

May’s office reassured the Italian government before Friday’s (22 September) speech that her message would be that the UK will leave the EU but not Europe. The government in Rome couldn’t say no, despite criticism from some observers, who said May should have instead addressed the European Parliament.

Italian Prime Minister Paolo Gentiloni, who met May in New York the previous day, said he was happy with her choice to speak in Florence. He called it proof that Italy’s “soft power” was working.

Italians were also conscious that May was trying to break the European Commission’s wish to keep holding Brexit negotiations in Brussels, mainly at the Council and Commission level, with the decisive say of Paris and Berlin.

The fourth round of Brexit negotiations has been postponed until next week. Officially this was by common accord; but actually, on British demand without much explanation. So why not experimenting with the Florence speech, and hopefully helping the talks move forward?

Why on Earth is she doing this speech in Florence? I can only assume that it’s because the protests there will be smaller than in London. pic.twitter.com/bHu6zPDbDi

The choice of Florence also appealed to the Italians, and media outlets referenced the secular underground currents between the city of the Medici and the British Isles. Several commentators mentioned movies such as “A Room with a View” and “The English Patient”, and played with puns.

Only one out of many Italian TV programmes – RaiNews21 – broadcast May’s speech, without the Q&A, and with a close-up on May with a backdrop reading “Shared History Shared Challenges Shared Future”.

Several Italian TV commentators noted a compliment May made during her speech to Italy and its navy in the effort to stem the flow of migrants to Europe. However, in this effort, Italy was largely left without help from other European countries.

But many Italian TV stations also said that May was trying to buy time by asking for a 2-year transitional period post-Brexit, which would help reduce negative fallout for the UK, but in which London would need to continue to contribute to the EU budget.

A small group of UK “remainers” organised a demonstration before the speech, in front of the church Santa Maria Novella.