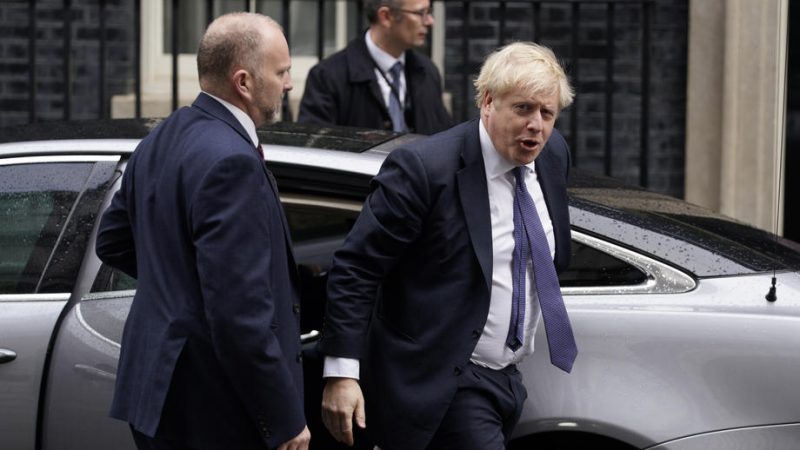 Boris Johnson asserted his dominance in  on Thursday, as six senior cabinet ministers resigned or were sacked in his first ministerial reshuffle since the UK left the EU.. EPA-EFE/WILL OLIVER

Six cabinet ministers resigned or were sacked from Boris Johnson’s government in a surprisingly brutal ministerial reshuffle on Thursday (13 February) as the maverick prime minister asserted his dominance in the post-Brexit United Kingdom.

The chief casualty of the first reshuffle since the UK left the EU was Chancellor Sajid Javid, who resigned just six months after being appointed to the post, following a clash with Johnson’s powerful chief adviser Dominic Cummings.

After being told to dismiss his team of advisors and replace them with aides hand-picked by the prime minister’s office, Javid, who had run against Johnson for the Conservative party leadership last summer, chose instead to quit.

He has been replaced by his deputy Rishi Sunak, who will now be responsible for tabling the UK’s first post-Brexit budget.

Since taking his Conservatives to a commanding 80-seat parliamentary majority in December, Johnson has prioritised a series of expensive public infrastructure and regeneration projects, including the HS2 high-speed rail network to connect England’s towns and cities in the midlands and north.

It is planned to be the largest infrastructure project in Europe, with an estimated cost of €118 billion.

His government will also be under pressure to offer generous farming subsidies and regeneration funds for the UK’s most deprived areas to replace EU programmes.

The reshuffle confirms Johnson’s dominance at home. Ministers such as Julian Smith, the Northern Ireland minister who last month brokered a compromise allowing the devolved government in the province to re-start after three years of political stasis, were dismissed despite being well-regarded.

Conservative insiders suggested that Smith’s sacking was the result of his attempts to soften Johnson’s tactics in the battle with Parliament over Brexit last autumn.

However, the overhaul of personnel has not been matched with a revamp of the departments themselves.

While the Exiting the EU department was abolished on 1 January, when the UK formally left the EU, no other government functions have been re-assigned. Touted plans for the International Trade and International Development departments being scrapped and subsumed into the Business and Foreign Office departments did not materialise.

Negotiations with the EU on a new trade and political partnership are set to be led by Michael Gove. Meanwhile, Liz Truss remains as International Trade minister responsible for leading talks on post-Brexit free trade deals, having herself been rumoured for the chop.

Meanwhile, Alok Sharma’s duties as the new Business Secretary will include chairing the COP26 climate conference in Glasgow in November, after former Energy minister Claire O’Neill was sacked as head of the climate summit.

Sharma could prove to be a controversial appointment, having seldom voted on climate and environmental issues, and having previously received donations from Offshore Group Newcastle, a firm which manufacturers platforms for oil, gas and wind energy companies.