Boris Johnson moved a step closer to becoming the next UK prime minister on Thursday (13 June), after topping the first ballot of Conservative MPs who are seeking a successor for Theresa May.

The Leave campaign leader in the 2016 Brexit referendum secured the support of 114 MPs in the first ballot, far more than the combined total of his two closest challengers.

Foreign Minister Jeremy Hunt and Environment Minister Michael Gove, also a prominent Brexit campaigner, are the most likely alternatives to Johnson, after finishing second and third with the support of 43 and 37 MPs, respectively.

By obtaining more than a third of the total MPs, Johnson is now almost certain to be one of the two candidates to go to the 160,000 party members for the run-off ballot.

However, Johnson is now likely to come under sustained personal attack from the other candidates, given his well-documented gaffe-prone tenure as foreign minister. 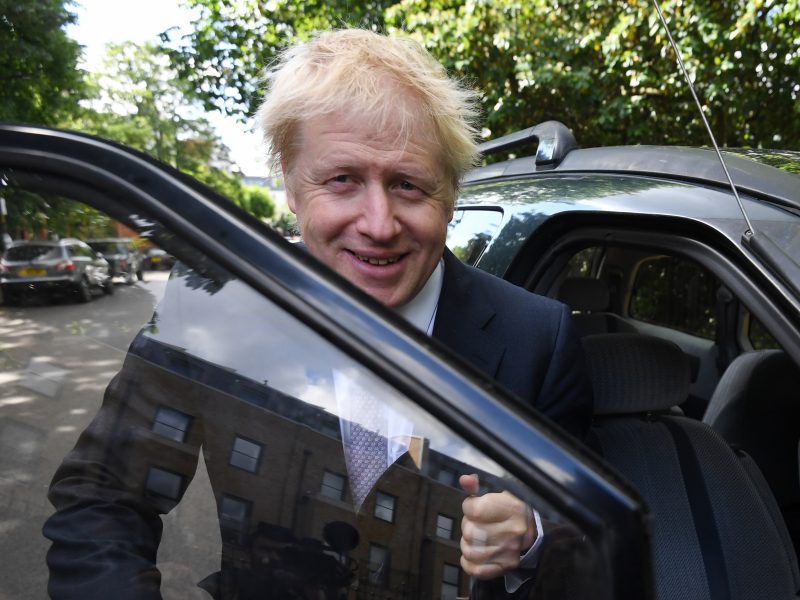 Responding to the vote, Hunt tweeted that “the stakes have rarely been higher for our country. This serious moment calls for a serious leader,” a scarcely veiled swipe at Johnson’s reputation for embarrassing blunders and often offensive language.

The vote by the 313 Conservative MPs has reduced the field of candidates from ten to seven, all of them men, after three candidates – Andrea Leadsom, Mark Harper and Esther McVey – failed to obtain the backing of at least 16 MPs.

The process now moves to a series of public and TV debates before the next rounds of voting by Tory MPs, due on 18, 19 and 20 June, decide on the final two candidates, who will campaign directly to local activists. The winner is set to be announced on 22 July.

Most of the candidates, including Johnson, have vowed to re-open negotiations with the EU on the Brexit Withdrawal Agreement brokered by Theresa May, even though the EU has already hinted that there would be no further talks.

The main idea is basically to re-write or scrap the controversial Irish backstop, which would guarantee no return to a hard border on the island of Ireland but would keep Northern Ireland in the EU’s customs union if a new EU-UK agreement is not reached.

Rory Stewart is alone among the candidates in staunchly defending the Withdrawal Agreement as the best available option facing the UK, and has accused his rivals of telling “fairy stories”.

Following the vote on Thursday, he told reporters that he would oppose any attempt by a future prime minister to prorogue Parliament in order to force through a No Deal Brexit.

“If Boris Johnson dared to lock the doors of parliament, we would bring him down,” Stewart said.

Stewart and Hancock are the only candidates of the seven to have explicitly ruled out the prospect of a No Deal Brexit.