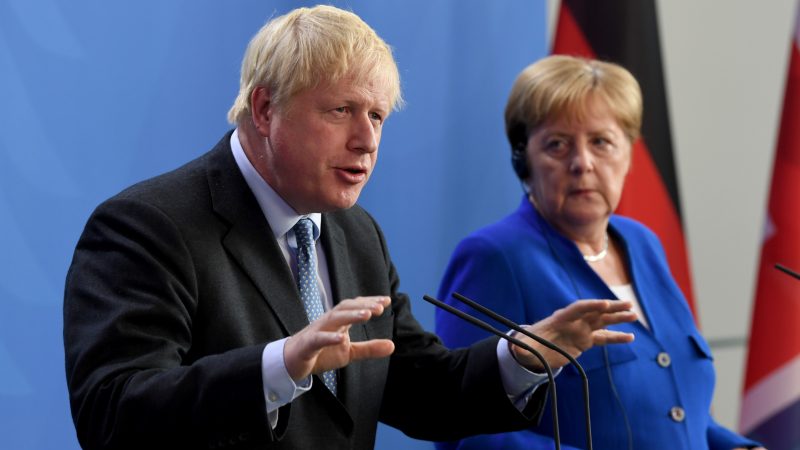 British Prime Minister Boris Johnson visits Paris on Thursday (22 August), a day after Berlin offered a glimmer of hope that an agreement could be reached to avoid a chaotic “no deal” Brexit.

On the second leg of his first foreign visit since taking office, Johnson will meet his French counterpart at the Elysée palace to press home his message that elements of the UK’s impending divorce from the European Union must be renegotiated.

But Johnson is likely to face a tougher audience in Paris than in Berlin.

Macron on Wednesday dismissed Johnson’s demands that the EU reopen negotiations on the Irish border, saying that the bloc had always been clear it would not agree.

“Renegotiation of the terms currently proposed by the British is not an option that exists, and that has always been made clear by (EU) President Tusk,” Macron told reporters in Paris. 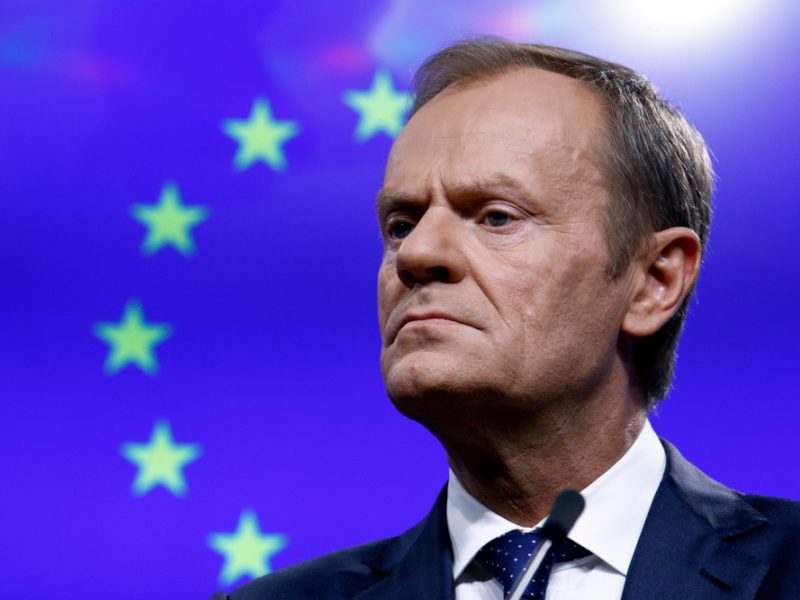 At the weekend, all three European leaders will meet US President Donald Trump, a vocal supporter of both Brexit and Johnson, and the leaders of Canada, Italy and Japan at a G7 summit in the French seaside resort of Biarritz.

The talks come after Merkel on Wednesday told Johnson in Berlin that an agreement could even be possible within “30 days” for Britain to leave the EU, if a solution could be found to the thorny issue of the Irish border.

The British prime minister has been adamant that he will not accept the “backstop” border plan agreed under his predecessor Theresa May and warned that the UK will exit the EU on 31 October, even at the cost of economic turmoil.

The backstop is a mechanism to avoid border checks between EU member Ireland and Northern Ireland, part of the UK, with checkpoints there removed as part of a 1998 peace deal on the divided island.

But critics have derided the plan because it would temporarily keep Britain in the EU customs union.

In Berlin, Johnson again stressed his view that the backstop “has grave, grave defects for a sovereign, democratic country like the UK” and added that the provision “plainly has to go”.

Merkel said that the mechanism was always meant as a “fallback position” to protect the “integrity of the single market” for the period in which the other 27 EU members and London define their future relationship.

In the search for a solution, she said, “we have said we would probably find it in the next two years, but maybe we can do it in the next 30 days, why not? Then we are one step further in the right direction”.

Johnson told Merkel that he welcomed the “very blistering timetable of 30 days,” adding that “I’m more than happy with that”.

He added: “I just want to be absolutely clear with all our German friends and the German government that we in the UK want a deal, we seek a deal, and I believe we can do that.”

“Wir schaffen das,” he quipped, borrowing Merkel’s signature German phrase on managing the 2015 refugee influx that translates to “we can do it”.

Johnson, in a “do-or-die” gamble, has insisted Britain will leave the EU on 31 October, no matter whether it has ironed out remaining differences with the bloc or not.

Ahead of his Berlin visit, Johnson reaffirmed in a tweet that “we’re going to leave the EU on October 31st and make this country the best in the world to live in”. The message was adorned with a Union flag.