Prime Minister, Boris Johnson during the debate and vote on the Brexit Withdrawal Agreement Bill in the House of Commons in London, Britain, 22 October 2019. [Jessica Taylor/EPA]

MPs voted by 329 to 299 to approve the proceeding of the Withdrawal Agreement Bill but rejected by 322 to 308 the timetable pushed forward by the government aimed at speeding up the ratification process to ensure the UK leaves the 31 October.

“Can I say in response how welcome it is, even joyful that for the first time in this long saga, this house has actually accepted its responsibilities together and embraced a deal?” Prime Minister Johnson said following the votes.

The votes mean that Johnson has succeeded where his predecessor Theresa May failed, in obtaining a majority in favour of a Brexit deal.

However, since MPs voted against the timetable proposed by the government, Johnson announced his decision to ‘pause’ the legislation and seek clarification from the EU27 on a potential further extension of Article 50. But he did not announce plans to call a general election, which he had threatened to do earlier on Tuesday.

A new extension, the third one since the negotiations started, had been repeatedly rejected by Johnson and member states were hoping not to have to consider it.

“The EU must make up their minds over how to answer parliament’s request for a delay,” said Johnson, who requested an extension on Saturday (19 October) in an unsigned letter to the EU.

“I must express my disappointment that the house has again voted for delay, rather than a timetable that would have guaranteed that the UK would be in a position to leave the EU on 31 October with a deal,” he added.

Following the vote, leader of the opposition, Labour’s Jeremy Corbyn offered the government support if it would “agree a reasonable timetable” that would allow the House to scrutinise the text.  “That would be the sensible way forward,” Corbyn added.

“This is not a done deal, and I won’t stop fighting for our place in the European Union,” Liberal Democrat leader Jo Swinson said. Swinson asked Johnson to request a long extension that would allow time to either put forward legislation for a second referendum or to call for a general election. 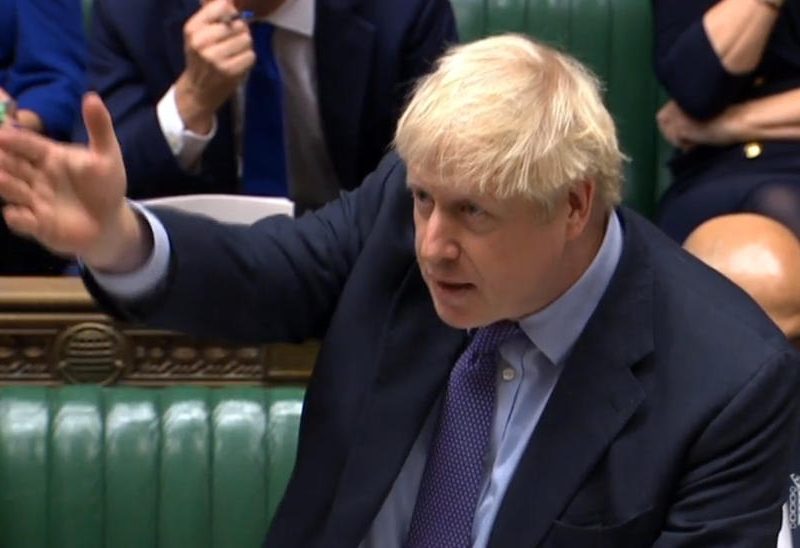 The UK government will shelve its Brexit bill and attempt to secure a general election, should MPs fail to support the planned timetable and the EU agrees to an extension period for the UK’s withdrawal from the EU, Prime Minister Boris Johnson has said.

The European Commission reacted by taking note of the vote in the Commons and confirmed that the President of the European Council, Donald Tusk, is consulting member states about the extension request.

“We should be ready for every scenario but one thing must be clear, as I said to Prime Minister Johnson on Saturday, a no-deal Brexit will never be our decision,” president Tusk had told the European Parliament on earlier on Tuesday.

Following the votes in London, Tusk announced he will recommend the leaders to agree on the three-month extension by written procedure.

Irish Taoiseach Leo Varadkar welcomed “a clear majority in favour of legislation needed to enact Withdrawal Agreement,” and sought clarification from both London and Brussels on new timetable to pass the legislation.

The EU’s chief Brexit negotiator Michel Barnier is in Strasbourg where he held meetings with the European Parliament political groups. Barnier was confirmed Tuesday as the head of a new task force of the Commission in charge of future relations with the UK. He has not commented on the votes in London yet.

During last week’s European Council summit that followed the agreement for a new Brexit deal between Brussels and London, leaders were hopeful an extension would not be needed but did not rule out a further delay to the UK’s withdrawal from the EU.

Following PM @BorisJohnson’s decision to pause the process of ratification of the Withdrawal Agreement, and in order to avoid a no-deal #Brexit, I will recommend the EU27 accept the UK request for an extension. For this I will propose a written procedure.