“The developments in Westminster over the past days have convinced me of what I already knew. The best way forward is the ratification of the Withdrawal Agreement,” Juncker told the chamber.

May announced on Tuesday she would request a further extension of the talks from the EU27 to ensure the ratification of the Withdrawal Agreement and the UK’s exit from the Union by 22 May. But Juncker warned 12 April is “the ultimate date” for the deal to be approved.

If British MPs have not ratified the agreement by then, the EU will only consider a long extension beyond May, in which case the UK will have to hold European elections, a prospect neither the UK nor many member states are excited about.

“After 12 April, we risk jeopardising the European Parliament elections and so threaten the functioning of the European Union,” Juncker said.

It appears increasingly likely that a strengthening of the future EU-UK relations could be added to the political declaration that accompanies the withdrawal agreement.

“If we cannot agree on a single unified approach, then we would instead agree on a number of options for the future relationship that we could put to the House in a series of votes to determine which course to pursue,” said May.

In a series of indicative votes in the House of Commons on Monday (1 April), the possibility of including a customs union in the political declaration was narrowly rejected by MPs.

“The EU stands ready to add flexibility to the Political Declaration, to pave the way for a close economic partnership,” Juncker told MEPs, including a Free Trade Agreement, the European Economic Area or a customs union.

“The Commission’s negotiating team is in place. Michel Barnier, our chief negotiator, is ready. I would expect the same level of readiness on the United Kingdom side,” Juncker said.

No deal more plausible than ever

The EU has always stressed that its preferred outcome would be the UK’s orderly departure from the EU, but that is only possible if the withdrawal agreement is approved, making a no-deal scenario more plausible than ever.

“We are as ready as we can be,” Commissioner for Economy, Pierre Moscovici, told reporters on Wednesday at a press conference about the measures foreseen in the customs area.

“The measures we and the member states have taken will mitigate the worst impact of a “no-deal” scenario. The protection offered is real,” Juncker stressed. The president admitted however that “disruption will be inevitable for citizens, for businesses and for almost every sector.” 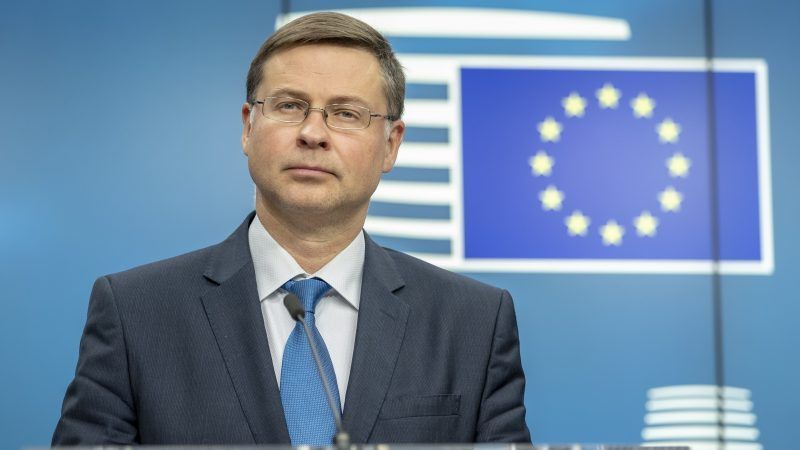 Dombrovskis warns of 'disruptions' in case of disorderly Brexit

European Commission Vice-President Valdis Dombrovskis warned on Tuesday (2 April) that UK’s disorderly departure from the EU could cause “disruptions” following decades of financial integration and bring volatility to markets and business operations.

Issues remain, with or without deal

Juncker stressed that even in case of no deal, the UK will be asked to address the same three issues that have made the negotiations difficult: protection of citizens’ rights, the ‘Brexit bill’ and a solution for the border between the Republic of Ireland and Northern Ireland.

“No-deal” does not mean no commitments. And these three issues will not go away,” Juncker warned. Rebuilding trust between both sides of the channel to go back to the negotiating table will depend on these three preconditions.

The Commission chief said the EU27 will listen to Theresa May’s demands at next week’s extraordinary European Council and will decide how to move forward.

“The European Union will not kick any member state out. I will personally do everything I can to prevent a disorderly Brexit and I expect political leaders across the EU27 and in the United Kingdom to do the same,” Juncker told the Parliament.

However, the final decision on whether or not to grant an extension of the Article 50 negotiations remains with the member states.