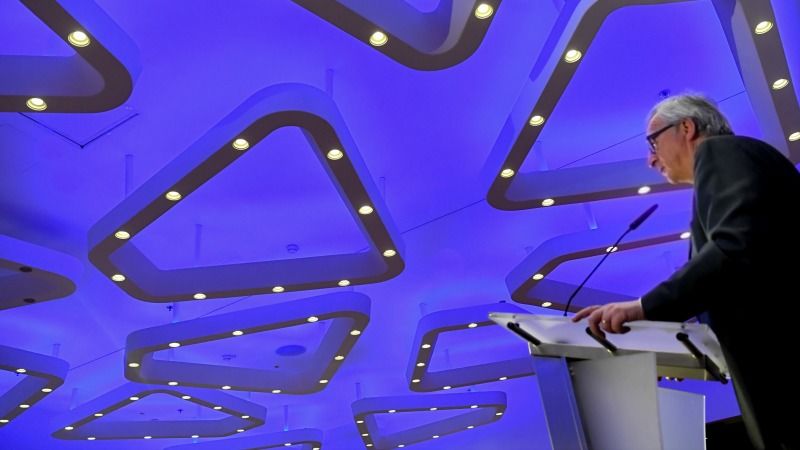 “I do not think .. we will succeed within 24 months to clear up the arrangements for Britain’s exit from the EU and to (forge) the whole relationship between Britain and the European continent,” he said in a speech on the sidelines of the international Munich Security Conference.

British Prime Minister Theresa May has said she will trigger Article 50 of the EU’s Lisbon Treaty in March, launching divorce talks that are expected to conclude within two years.

Unless the deadline is extended or alternative arrangements are agreed by then, Britain will leave all EU institutions and the bloc’s single market at once – a process often referred to as “hard” Brexit.

Juncker’s warning about the length of the Brexit negotiation echoes similar declarations by the UK’s former ambassador to Brussels. Sir Ivan Rogers was forced to quit in January after a memo was leaked in the British press suggesting a comprehensive Brexit trade deal would take much longer than the two years set down in the Lisbon Treaty.

In his Munich speech, Juncker gave an indication of the huge task ahead, saying at least 20,000 laws had to be changed in Britain before the country could leave the European Union.

The Commission President also stressed that Britain had no right to complete bilateral trade deals while that process was ongoing.

“Trade deals are the remit of the EU… Britain cannot complete trade deals with half the world – although it is doing the opposite,” he said.

Former EU Trade Commissioner Peter Mandelson also warned eurosceptics that a British renegotiation of its relationship with Europe after a ‘Brexit’ would take up to a decade.

The UK government seems to have realised the scale of the task and has spoken about the need to agree a “transitional agreement” to smooth its EU exit after the two-year deadline expires.

British Prime Minister Theresa May said in December she was planning to negotiate both Brexit and Britain’s future relationship with the EU by 2019. However, she admitted that a transition period may be required after that.

“I would expect us to be able to negotiate a deal in the two-year period. But it may be the case that there may be some practical aspects that require a period of implementation thereafter,” she said.

British businesses have been calling for a transitional deal in order to avoid a “cliff-edge scenario” with “a sudden and overnight transformation in trading conditions”.

British Prime Minister Theresa May on Tuesday (20 December) said she was planning to negotiate both Brexit and Britain’s future relationship with the EU by 2019 but a transition period may be required after that.

The length of Brexit talks might also be complicated by ongoing financial commitments made by the UK as part of its EU membership.

Commission officials say it’s impossible to fix a precise sum at this stage but insist on agreeing first with Britain a formula for calculating how much it will owe the bloc after it leaves.

“It is like going to the pub with 27 friends,” said Commission Chief Spokesman Margaritis Schinas, on 7 February. “You order a round of beer but then you cannot leave while the party continues. You still need to pay for the round you ordered.”

Estimates put the UK’s Brexit tab at anything between €25 and €73 billion, according to The Economist.

Ever since the vote for Brexit, Brussels has murmured the words “no negotiation without notification” like a votive prayer to ward off evil spirits.