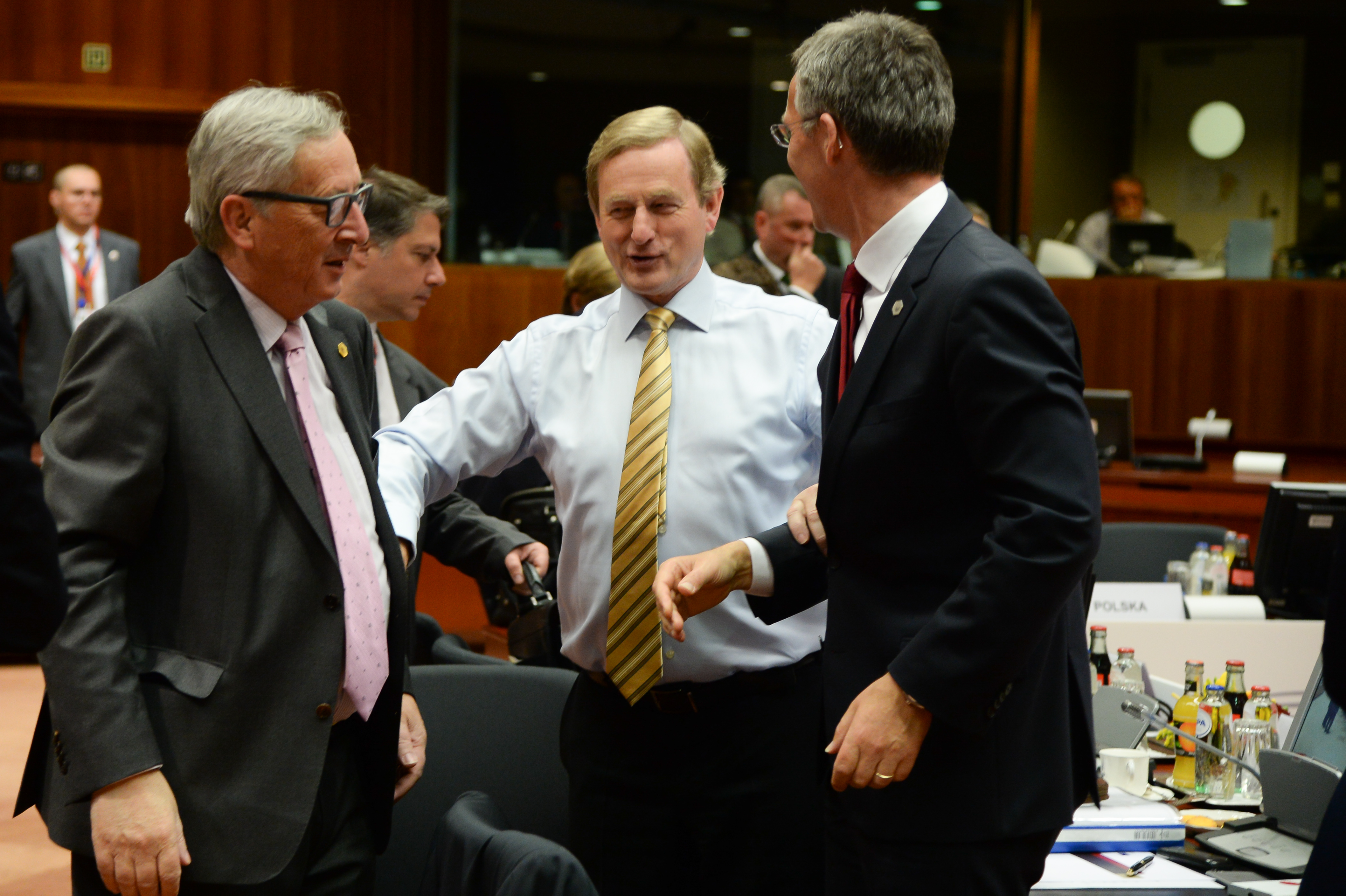 Enda Kenny tried today (29 June) to dispel concerns that Brexit would disrupt the peace process between Northern Ireland and the Republic, and said the UK would fight to keep free movement between the two countries.

The Irish Taoiseach told reporters in Brussels that David Cameron assured him during a summit of EU leaders that he will make sure the UK’s exit from the EU would not upend relations between Northern Ireland, the UK, and the Republic of Ireland.

“He’s very clear that he will do whatever he can to walk towards the continuation of the common travel area and with respect to the northern border, given the peace process,” Kenny said.

The common travel area allows freedom of movement between Ireland and the UK and is separate from EU rules on free movement.

“We’ve had the common travel area since 1922 and the EU itself is involved in the peace process,” Kenny said.

Campaigners who pushed for the UK to leave the EU vowed that an exit from the union would stem migration by putting a stop to free movement.

Northern Ireland voted to remain in the EU by a margin of 56% in last Thursday’s (23 June) referendum.

Irish government sources have said they’re concerned that the referendum outcome could lead to a “hard border” between the Republic and the North.

On Friday, Northern Ireland’s deputy First Minister Martin McGuinness, a member of the republican Sinn Fein party, called for a vote to determine whether to unite the country with the Republic as a result of the UK’s decision to leave the EU.

The Taoiseach called relations with the UK “stronger than ever before” and said if the UK’s access to the EU single market is cut off, trade with Ireland will suffer.

“We don’t want to lose any of our vital national interests here and it’s our sense to protect those,” Kenny said.

Kenny refused to say whether Brexit will force UK-based companies and banks to move into other EU countries, and acknowledged that “companies and investment houses and banks will consider their decisions but as of now Britain is a member of the 28.”

But others in Ireland have admitted that Brexit could be a boon for the Irish economy.

Martin Shanahan, head of Ireland’s state agency for foreign investment, told euractiv.com that the UK’s exit from the EU would “likely to lead to more investment into Ireland.”

Ireland has a corporate tax rate of 12.5%, the lowest in the EU.

Asked whether he’s concerned the UK might lower its corporate tax rates once it leaves the EU, Shanahan said, “I don’t have any concerns that Ireland won’t be able to compete internationally.”

British Finance Minister George Osborne announced that the UK corporate tax rate would be reduced to 17% by 2020.

But Osborne warned yesterday that taxes would likely go up once Britain leaves the EU.