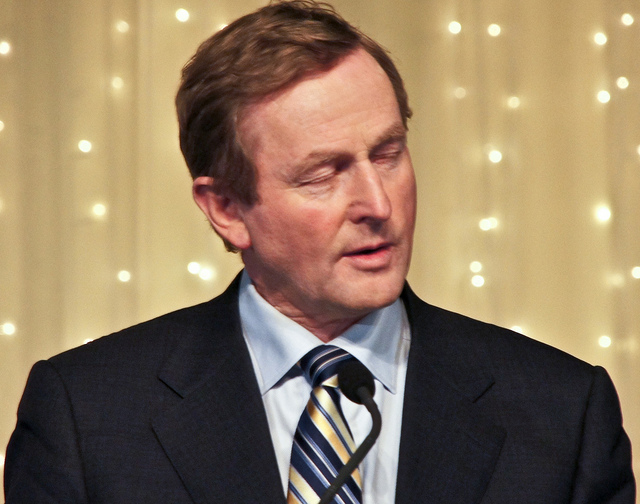 Ireland’s Taoiseach, Enda Kenny said Tuesday  (12 January) that his government would back reforming the European Union to help keep the UK a member, as long as Westminster’s proposals were “reasonable”.

Speaking at a foreign affairs conference at Dublin Castle, Kenny said the UK’s continued membership of the EU was in Ireland’s national interest, and in the interest of the union as a whole.

“Our shared EU membership has played an immensely important role in strengthening relations between our two islands,” said Kenny.

Sounding a note of caution that Irish support for reform could not be guaranteed, he said Ireland would be “candid if we are presented with proposals that we do not see as achievable or desirable”.

“While we are respectful of the democratic debate which is ongoing in the UK, it is impossible to remain silent on an issue which impinges so directly on Ireland’s national interests,” Kenny added.

“Mr. Kenny’s comments make clear how disastrous a Brexit would be for both Ireland and Northern Ireland, with the border suddenly becoming a customs barrier.”

Peter Wilding, Director of British Influence, a pro-EU think tank, said this showed there was support among EU leaders for “real and tangible change” but that it required the UK to “to take others with us”.

“The Irish premier is only the latest in a long list of European allies who have made clear that there is support for David Cameron’s agenda of reform as laid out in his Bloomberg Speech.”

“The Dutch, the Italians and the Germans, among others, agree with the UK government that the EU needs to focus on jobs, and growth, do less and better, cut down unnecessary regulation and get national parliaments more involved,” Wilding said.

A UK Foreign and Commonwealth Office spokesperson said: “There is a widespread – and growing – recognition that the EU can’t continue as it is. There are many voices around Europe saying that this requires treaty change. But we don’t need to wait: many of the reforms we seek on trade, on regulation and on deepening the single market, can be made right now.”

UK Prime Minster David Cameron is seeking reform to the EU ahead of a referendum on UK membership in 2017, if his Conservative party win the UK general election in May.

Cameron has said he will campaign to stay in the EU, but only if reforms to EU institutions are instigated.

These reforms require the agreement of other member states and while there is willingness for reform there is wariness about wholesale changes to EU treaties.