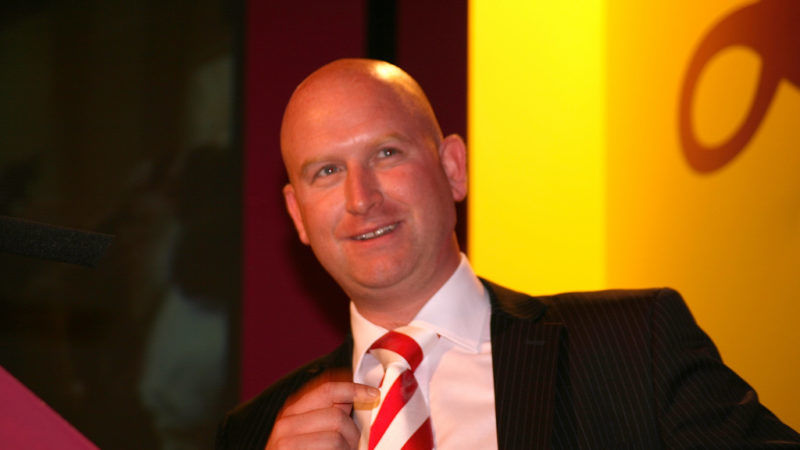 Britain’s ailing Labour party was battling on Thursday (23 February) to avoid defeat in two parliamentary by-elections, fighting off UKIP in one Brexit bastion and fearing a historic loss to the governing Conservatives in the other.

The votes in Stoke-on-Trent and Copeland are a test of whether Labour can hold its once core support among working-class voters in the north of England following Britain’s decision to leave the European Union.

Most Labour voters supported Brexit while most of their MPs wanted to stay in the EU, a gap that the party is still struggling to bridge as Prime Minister Theresa May prepares to start the withdrawal process within weeks.

Britain’s government on Thursday (26 January) published a draft law that would authorise Prime Minister Theresa May to begin the procedure for leaving the European Union in an important milestone towards Brexit.

Under leftist leader Jeremy Corbyn, the party is deeply divided and languishing in the polls, with the latest one showing they are 18 points behind May’s Conservatives.

Stoke in the West Midlands recorded the strongest vote for Brexit of any of Britain’s major cities in last June’s referendum, and the anti-EU, anti-immigration UK Independence Party (UKIP) is hoping for a breakthrough there.

New UKIP leader Paul Nuttall is himself standing there, hoping to build on the widespread sense of public alienation from mainstream politics – and to prove the party has a future after securing its goal to leave the EU.

But his campaign has been damaged by controversy over his experience of the 1989 Hillsborough football disaster, after admitting that claims on his website that he had close friends among the 96 victims were false.

Meanwhile in the rural Cumbrian seat of Copeland, Labour is facing the prospect of losing to the Conservatives – which would be the first time a governing party took a by-election from a rival party since 1982.

“They are both on a knife edge,” said a senior Labour source.

“We believe that we will win in both Copeland and Stoke, but there’s no doubt that they are both tightly fought campaigns in different ways. That’s the reality of the situation.”

More than a quarter of employers in Britain say staff members from other European Union countries have considered leaving their firms or the country in 2017 after last year’s Brexit vote, an industry group said on Monday (13 February).

If not here, where?

Of Britain’s 30 major cities, Stoke had the highest vote to leave the EU, at 69.4% – even though its Labour MP, Tristram Hunt, opposed Brexit.

Hunt stepped down last month to become the director of the V&A museum in London, citing in his resignation letter his “frustration” at Labour’s direction under Corbyn.

However, apathy runs deep in Stoke, which saw a dismal turnout of 49.9% in 2015, with Thursday’s numbers likely to be affected by a storm sweeping across northern England.

“If Labour lose here, where can they hold on to their seats in the North?” said Mick Temple, a politics professor at Stoke’s Staffordshire University.

“And for UKIP, if they don’t win in Stoke-on-Trent, where are they going to win?”

Nuttall has condemned the Hillsborough controversy as a “coordinated, cruel and almost evil smear campaign”, but there is no doubt it has damaged his chances.

May made a surprise visit to Stoke on Monday amid hopes that the Tories could eclipse UKIP there, although many in Westminster believe that Labour will hold the seat.

Serious concerns remain about Copeland, however, which Labour has held since 1983 but where the Tories have been steadily building their support.

Local MP Jamie Reed, a prominent critic of Corbyn who resigned to take a job in the nuclear industry in December, had a majority of just 2,564 at the 2015 general election.

Many jobs in Copeland depend on the Sellafield nuclear processing facility, and Labour fear that Corbyn’s strongly anti-nuclear stance will hurt them.

The party has hit back with a campaign on threatened cuts to the local hospital, echoing Corbyn’s repeated attacks on May for not giving sufficient funds to the state-run National Health Service.

The #Brexit50 Ranking
Who is most influential on Brexit?

Once the UK government triggers ‘Article 50’ of the Treaty on European Union, formal negotiations will begin on how the country will leave the EU. This unprecedented political divorce will be hugely important …