Speaking at the party’s conference in Liverpool, the UK opposition’s Brexit spokesman, Keir Starmer, kept open the option of holding a new referendum to stay in the EU.

“If we need to break the impasse our options must include campaigning for a public vote, and nobody is ruling out Remain as an option,” he told delegates.

That prompted a lengthy standing ovation from the audience but Labour is far from united on the issue.

What Labour was demanding “is not a second referendum; despite what Keir may have said earlier, it’s a public vote on the terms of our departure”.

That was closer to the line taken by John McDonnell, the party’s shadow chancellor, who said at the weekend that a new referendum should only be “a vote on the deal itself”.

“If we are going to respect the last referendum, it will be about the deal,” he said.

Around 5 million of those who voted for Labour in the 2017 general election had backed Leave in the June 2016 referendum.

Party leader Jeremy Corbyn is thought to be agnostic about EU membership. However, the vast majority of the party’s 500,000 members support remaining in the EU, and surveys by pollsters YouGov at the weekend indicated that the party could attract an additional 1.5 million voters by promising a ‘People’s Vote’.

Labour has indicated that it will almost certainly vote down any deal that Prime Minister Theresa May manages to negotiate with the EU27.

With May’s government lacking an overall majority and a handful of her Conservative party MPs also likely to rebel if she brings back a ‘no deal’, Labour believes that it can force a vote of no confidence and another general election.

The party’s official position remains that the UK should leave the EU but remain in a customs union.

The party’s foreign affairs spokesperson, Emily Thornberry, added to the nuances by saying that Article 50, under which the Brexit negotiations are taking place, should be extended.

“We should have a general election and on our manifesto we should say ‘we will abide by the results of the referendum’, (but) we cannot obviously leave in current circumstances.”

“We need to extend Article 50 and essentially turn up in Europe and say the ‘grown ups have turned up now, let’s sit down and talk’”, Thornberry said at a conference fringe meeting. 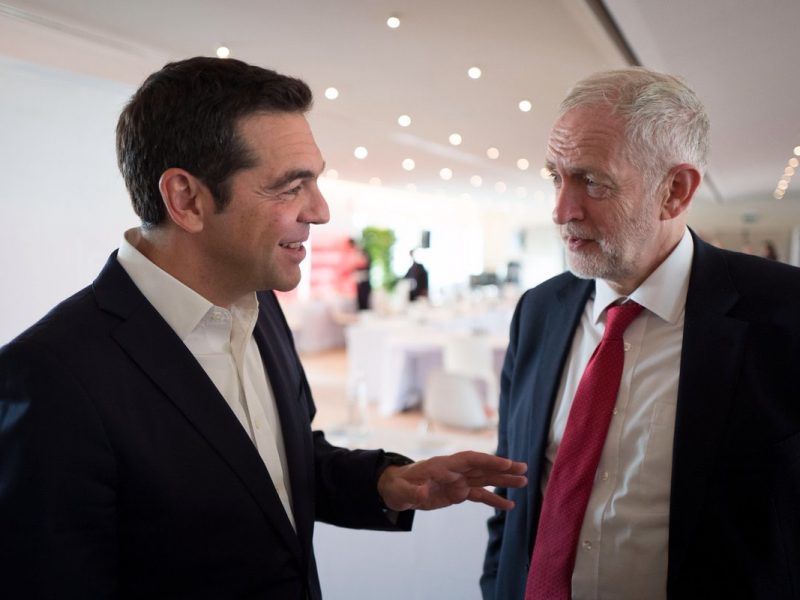 Britain's Syriza: Corbyn looks to learn from the Greeks