European Central Bank President Christine Lagarde voiced hope on Thursday (10 September) that EU-UK negotiations on a post-Brexit trade deal will lead to a positive outcome, in spite of the “negotiation posturing” seen in recent days.

Lagarde’s comments, following the ECB Governing Council meeting, came after the UK announced that it will not fulfil some of the commitments made in the Withdrawal Agreement reached with the EU. 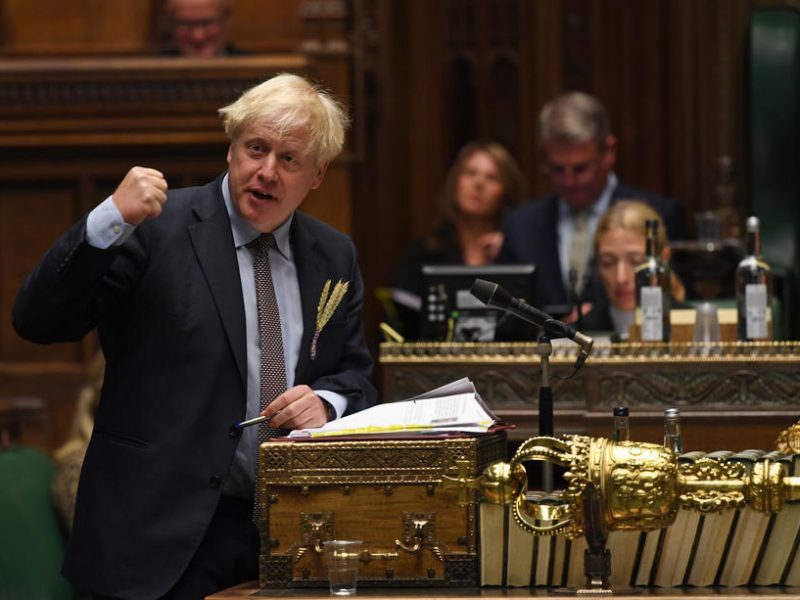 Boris Johnson’s UK government put itself on collision course with the EU on Wednesday after publishing a bill that would breach key parts of its Withdrawal Agreement with the bloc.

Lagarde told reporters that the central bank is “carefully monitoring” these developments.

She said she very much hoped that “the outcome of the negotiations, notwithstanding the negotiation posturing and what has been observed over the last few days, will lead to a positive outcome” in regards to the future trade deal between both sides.

That would help to avoid that Brexit, considered by the ECB a risk weighting on its forecasts “for quite a while”, Lagarde said, “will not be made worse”.

Her remarks came after the ECB decided to leave unchanged its main interest rates and maintained without changes its bond-buying programme. As on previous occasions, Lagarde said the ECB will continue supporting the real economy to get out of the most severe recession in the EU history.

The European Central Bank announced on Thursday (4 June) that it will add €600 billion to its €750 billion bond-buying response against the coronavirus, in its first governing council meeting after Germany’s Constitutional Court ruled against the bank’s asset-purchasing programme.

Lagarde told reporters that the ECB Governing Council had also “carefully assessed” the appreciation of the euro against the dollar, given that it could impact inflation by lowering prices in the euro area.

The appreciation came as the eurozone entered into deflationary territory in August with a -0.2% price fall.

Lagarde explained that prices were pushed down by the VAT cut in Germany and the postponement of sales to August in a couple of large eurozone economies. Although the ECB expected that prices will continue in negative territory over the next months, they are expected to pick up in early 2021.

“We do not foresee deflationary risks,” she said.