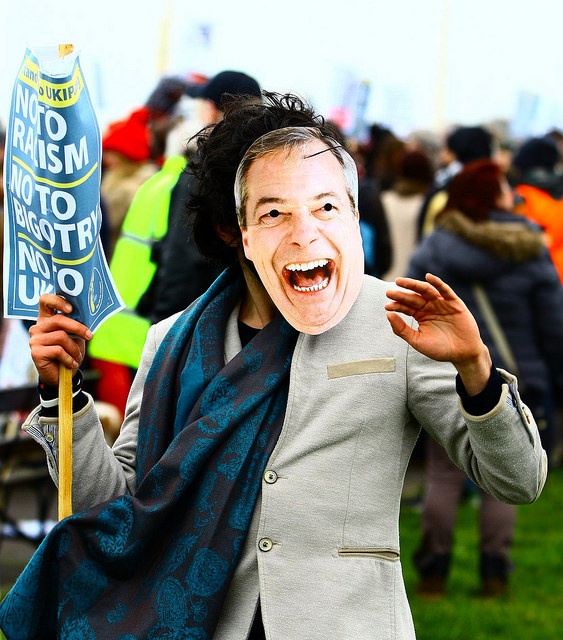 A top European lawmaker on Wednesday poked fun at Britain’s chief eurosceptic Nigel Farage for losing his bid for a parliamentary seat in his home country but keeping his in Strasbourg.

“I’d like to welcome back Mr. Farage… the big loser in the UK elections,” Manfred Weber, the leader of the Conservative European People’s Party, told the European Parliament in the French city.

Farage grinned from his seat as he watched Weber, a German who heads the biggest political group in the EU parliament.

“In the meantime he has found something positive in Europe,” Weber added. “Europe has a far better electoral system than the one that exists in the UK because, if Europe didn’t have a proportional system for elections, he wouldn’t have a job anymore.”

Under Britain’s first-past-the-post system, Farage failed to become a member of the British parliament even though his anti-EU UK Independence Party placed third in elections in early May.

“I have to say that Mr Farage has lost credibility because he announced that if British voters didn’t vote for him, then he would stand down as party leader,” he said.

Farage tendered his resignation as party leader after the election defeat but his party rejected it and he opted to stay on.

When Farage eventually took the floor in Strasbourg, he jokingly extended a “huge thanks to all those” who invited him back but said he suspected “a hint of nervousness” because of the looming in-out British referendum on EU membership.

>>Read: Poll: Support for UKIP lowest in over a year

“This referendum would not have happened without UKIP and its army of supporters,” Farage said.

Under pressure from eurosceptics, British Prime Minister David Cameron promised in 2013 to hold a referendum on whether Britain should leave Europe by 2017 if he won the general election.

Having secured victory on May 7 with a surprise though slender majority, he is now under pressure to hold the vote sooner rather than later.

Farage believes the referendum will be held in May next year.