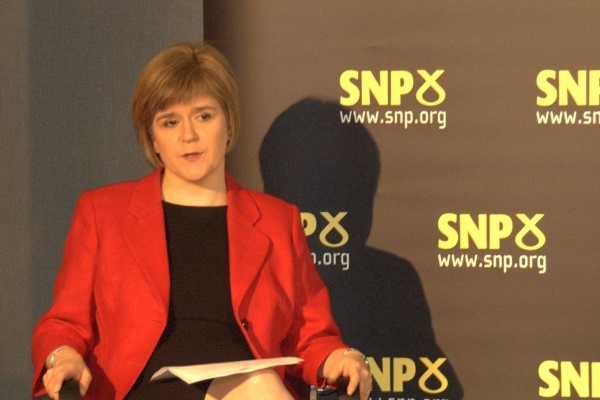 A new poll has shown that an overwhelming majority of Scots think the UK should only leave the European Union if all four UK nations support an exit.

According to the poll, 60% of Scottish voters said withdrawal from the EU should require four out votes – in England, Wales, Scotland and Northern Ireland – rather than a majority across the UK, with just 14% disagreeing. The opinion poll was conducted by Survation, and commissioned by the Scottish National Party (SNP).

“This is a very welcome and interesting poll finding. It shows that 60% of people in Scotland believe that a UK exit from the European Union should only be possible if each of the four nations of the UK – Scotland, England, Wales and Northern Ireland – vote to leave.

“Significantly, this democratic safeguard against Scotland being dragged out of Europe against our will is supported by a strong majority of people who voted No in the referendum as well as Yes – and by supporters of all political parties, people of all ages, all social backgrounds, and in every part of Scotland.

Prime Minister David Cameron has previously rejected such a proposal, stating “We are one United Kingdom. There will be one in-out referendum, and that will be decided on a majority of those who vote.”

The Welsh Government are less bullish than the Scots over the issue. A Welsh Government spokesman told EURACTIV, “The First Minister has previously said that  difficult constitutional issues would arise if the UK vote in an ‘in-out’ referendum resulted in a decision that the UK should leave the EU, even though Wales, or Scotland,  had voted in favour of continuing EU membership. It remains to be seen how those constitutional issues could be resolved.”

A potential British exit from the European Union came to the top of the political agenda in January 2013 when Prime Minister David Cameron said that Britain must use the upheaval created by the eurozone crisis to forge a new relationship with the European Union.

Cameron pledged he would offer Britons an in/out referendum on EU membership if he was re-elected in a 2015 general election.

The UK Prime Minister said he would campaign for the UK to stay in the EU, but only if was able to reform, saying “Britain’s national interest is best served in a flexible, adaptable and open European Union.”

Meanwhile, the opposition Labour Party has also considered an EU referendum but said it would only do so if there was a substantial further shift of powers from London to Brussels.