May blames EU for Brexit ‘impasse’ as ‘no deal’ prospects soar 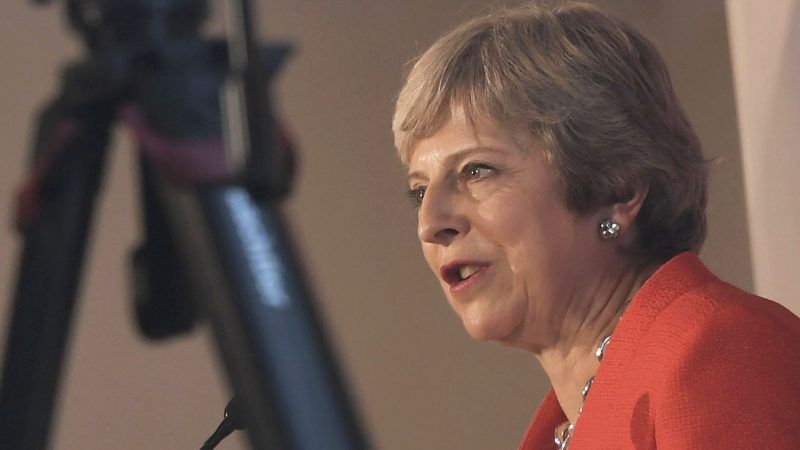 epa07037130 (FILE) British Prime Minister Theresa May speaks during a press conference after the European Union's (EU) Informal Heads of State Summit in Salzburg, Austria, 20 September 2018 (reissued 21 September 2018). According to reports on 21 September, British Prime Minister Theresa May said in her statement that there are two issues dividing the Britain and EU on Brexit agreement and she stated that 'no deal is better than a bad deal'. EPA-EFE/CHRISTIAN BRUNA [EPA-EFE/CHRISTIAN BRUNA]

Speaking a day after the Salzburg EU summit, the UK prime minister, who appeared visibly shaken by the rejection of her painfully-reached Chequers proposal that seeks to keep the UK in the single market on goods, accused EU leaders of intransigence and showing a lack of respect in the negotiations.

“While both sides want a deal, we have to face up to the fact that – despite the progress we have made – there are two big issues where we remain a long way apart,” said May.

She rejected the offers made by the EU on future trade relations and Northern Ireland which, after 18 months of the Article 50 negotiations, are still the main stumbling points.

May refused to countenance the EU’s offer of continued single market membership.

“In plain English, this would mean we’d still have to abide by all the EU rules, uncontrolled immigration from the EU would continue and we couldn’t do the trade deals we want with other countries. That would make a mockery of the referendum we had two years ago.”

“We are at an impasse,” she conceded.

Following the Salzburg summit, May hinted that she would unveil a new proposal on the Northern Ireland border in the coming days. But she insisted that the EU’s ‘backstop’ proposal of “effectively keeping Northern Ireland in the Customs Union” was “unacceptable”.

“As I have already said, that is unacceptable. We will never agree to it. It would mean breaking up our country. We will set out our alternative that preserves the integrity of the UK.”

But her most pointed remarks focused on the process of the talks.

“Throughout the process, I have treated the EU with nothing but respect. The UK expects the same. A good relationship depends on it. At this late stage in the negotiations it is simply not acceptable to reject the other side’s proposals without a detailed explanation and counterproposals,” said May.

That was a thinly veiled reference to the Salzburg summit, which was widely reported in the UK as a humiliation of May.

“We now need to hear from the EU what the real issues are and how we can discuss them. Until we do, we cannot make progress.”

However, May did promise the three million EU nationals currently living in the UK that “your rights will be protected, even in the event of no deal”.

“You are our friends, our neighbours, our colleagues. We want you to stay,” she said.

She also doubled down on her commitment to deliver on the Leave vote in the June 2016 referendum which she described as “the biggest democratic exercise in our history”.

“To deny its legitimacy or undermine its result threatens public trust in our democracy. The EU should be clear: I will not overturn the result of the referendum nor will I break up my country.”

“We need serious engagement and we stand ready.”

The 6 minutes speech prompted a swift reaction by the financial markets, as the pound suffered its largest daily drop of 2018 against the euro and the dollar.

Despite her threats, May insisted that “the best outcome is for Britain to leave with a deal.”

European Council President Donald Tusk said a Brussels summit on 18 October would be a “moment of truth”, while leaders also pencilled in the weekend of 17-18 November to formalise a final agreement.

However, EU and UK officials have indicated that Christmas could be the final deadline for the divorce agreement to be finalized and still be ratified by Parliaments in Brussels