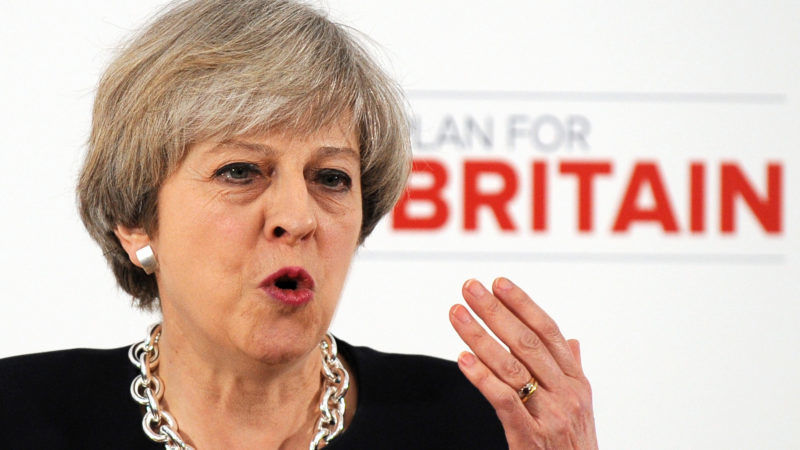 Speaking outside of her 10 Downing Street residence, May said “we need an election and we need one now. I’ve come to this conclusion recently”. Before the Easter break, her office had announced that an early election was not on the table.

The prime minister reiterated her Easter message claim that “the country is coming together” but warned that “Westminster is not”. May added that “we’ve delivered on the mandate of the referendum and the government has the right plan”.

There will be a vote in the lower house of the UK parliament, the Commons, on the proposed election date tomorrow (19 April). An election isn’t actually due until 2020 but, if approved, the vote will be held just a week before France’s legislative elections, scheduled to begin on 11 June.

The latest YouGov opinion poll puts the Conservatives at a healthy 44%, compared with nearest rival Labour’s 23%. The first half of April saw May’s party enjoy a 2% bump.

The current prime minister, who took over the position when David Cameron resigned following the Brexit vote, blamed the Labour Party for voting against the Brexit bill.

She also warned that the EU-exit negotiations could “run up until the next general election” if one is not held sooner. May insisted that the UK needs strong leadership to endure the Brexit process and to “remove uncertainty and instability”.

The Conservative’s current popularity means the party stands a good chance of increasing its parliamentary majority over Labour. May only inherited a slim majority when Cameron resigned and more seats will mean more chances of passing Brexit legislation when the time comes.

May unexpectedly announced she would make a statement earlier this morning, which sent the pound into a mini spiral. The currency rallied when she outlined her election plan.

Pound ticks up again after initial half per cent drop, back to around $1.2550, which is where it started the day

I welcome the PM’s decision to give the British people the chance to vote for a government that will put the interests of the majority first pic.twitter.com/9P3X6A2Zpw

8 responses to “May calls early election for 8 June”