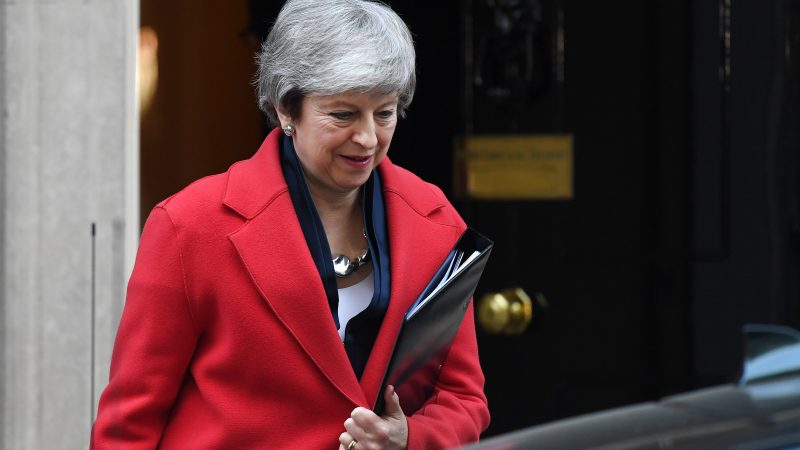 Prime Minister Theresa May told the House of Commons on Tuesday (26 February) that if MPs refused to back her Withdrawal Agreement with the EU on 12 March they would then be given the chance to vote for a ‘no deal’ Brexit or a short-term extension to Article 50 in the following two days.

May and her ministers had previously ruled out any question of extending the talks.

A three-month extension could then be confirmed by EU leaders at a summit in Brussels on 21 March.

The UK triggered a two-year negotiating period in March 2017 when it stated its notice to leave the EU under Article 50 of the EU treaty.

However, the 585-page Withdrawal Agreement and the accompanying Political Declaration on future relations agreed by May and EU leaders in November was rejected by a majority of more than 200 votes in January, and there is little sign that attitudes have shifted since then.

May and her officials have spent recent weeks attempting to obtain changes to the controversial Irish backstop – which regulates the border on the island of Ireland and is still the main stumbling block – but EU officials have hinted that little progress has been made.

“I know that members across the House are concerned that time is running out,” May conceded.

However, a government spokesperson refused to confirm whether the government would whip its MPs to support an extension or hold a free vote on the matter.

Any British request for an extension would require unanimous approval by EU member states. A three-month extension could allow the UK to avoid having to elect MEPs at European Parliament elections in May. The EU assembly’s constitutive session takes place in the first week of July.

The series of House of Commons votes leaves every Brexit option on the table.

May reiterated that the best way to avoid a ‘no deal’ scenario was for MPs to back her agreement but added that “if we have to, we will ultimately make a success of no deal.”

“Let me be clear, I do not want to see Article 50 extended,” said May.

She added that any extension “would almost certainly have to be a one-off, especially if we had not taken part of the European elections” and warned that “an extension cannot take ‘no deal’ off the table”.

“Ultimately, the three choices are: leave with a deal, leave with no deal, or no Brexit at all,” she concluded.

May also accused Labour of going back on their promise to respect the referendum. On Monday, Labour hinted that it would call for a second referendum if its demands for the UK to remain in a permanent customs union with the EU are not met.

“If it (May’s deal) somehow passes in some form, there must be a confirmatory public vote,” said Labour leader Jeremy Corbyn.

“Any extension is only necessary because of the PM’s shambolic negotiations,” he added.