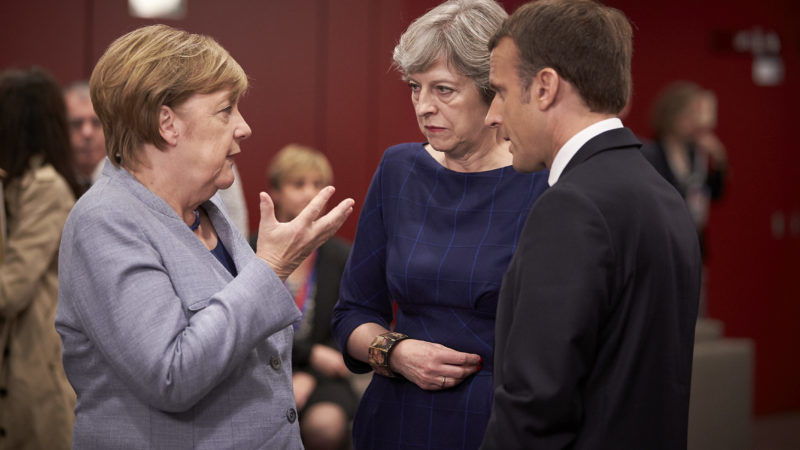 British Prime Minister Theresa May pressed EU leaders on the first day of the EU summit on Thursday (19 October) for a Brexit deal she can “defend” at home as her counterparts said at a summit in Brussels that there were encouraging signs of progress in the talks.

May appealed for “urgent” movement at a summit dinner, the night before her 27 counterparts were set to decide that there had not been enough progress on divorce issues to open trade discussions until at least December.

German Chancellor Angela Merkel, the EU’s most powerful figure, said however that there were positive indications despite the deadlock over Britain’s exit bill and other issues ahead of Brexit in 2019.

“The clear and urgent imperative must be that the dynamic you create enables us to move forward together,” May told her colleagues, according to Downing Street.

“There is increasingly a sense that we must work together to get to an outcome we can stand behind and defend to our people,” she told them over a dinner of butternut gnocchi and smoked haddock, pheasant supreme and fresh pineapple.

The EU is expected to say today, when they meet without May, that they will start internal preparatory work on a post-Brexit transition period and a future trade deal with Britain.

In a move to sway her colleagues on what is a key topic for them, May published an open letter to the three million European citizens saying a deal to secure their post-Brexit rights was “within touching distance”.

Merkel struck an optimistic note after the leaders’ dinner, saying she could see “zero indications that we will not succeed”.

“I want very clearly a deal and not some unpredictable solution, on this we are working very intensively,” Merkel said.

But Dutch Prime Minister Mark Rutte said that while May “pleaded her case well”, she did not offer any more detail than in a speech she made in Florence in September.

“I didn’t expect anything else this evening, but things have to be made more concrete in the weeks leading up to December,” Rutte said.

Referring to the fact that the summit was moved from the EU’s new building after a chemical leak in the catering area, Lithuanian President Dalia Grybauskaite said on Twitter: “Lessons from #EUCO kitchen: fuming over #Brexit must not become toxic.”

Lessons from #EUCO kitchen: fuming over #Brexit must not become toxic.

May went on a diplomatic blitz ahead of the summit, calling the French and German leaders among others and having dinner with European Commission chief Jean-Claude Juncker in Brussels on Monday. 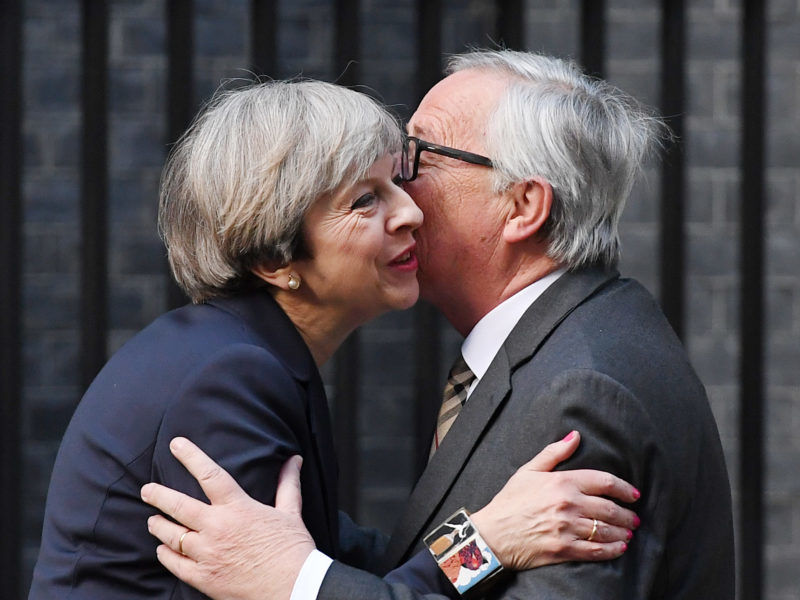 Guess who’s coming for dinner? Theresa May in Brussels today

UK Prime Minister Theresa May travels to Brussels on Monday (16 October) for talks with Commission boss Jean-Claude Juncker after deadlock in Brexit talks appeared to dash British hopes that a summit later in the week could launch negotiations on future trade ties.

She walked into the summit room flanked by both Merkel and France’s Emmanuel Macron, with the three leaders deep in conversation, occasionally whispering behind their hands.

Her personal appeal to the 27 heads of state and government effectively bypassed chief EU negotiator Michel Barnier, who is meant to be handling all aspects of the talks for the bloc. 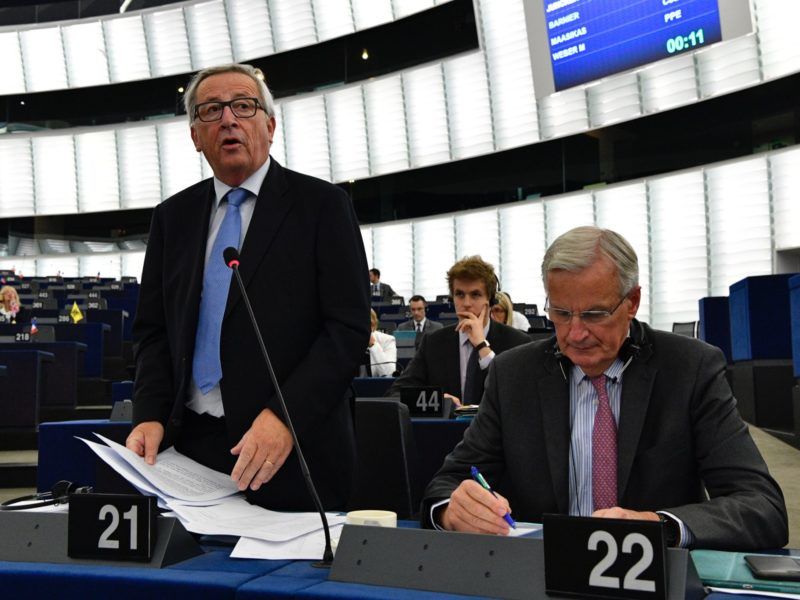 But European leaders have been increasingly vocal about their frustration at divisions in May’s cabinet over Brexit, saying they are still unsure what Britain wants, even after five rounds of negotiations.

The EU agrees that of the three key separation issues at stake, citizens’ rights is the most advanced, but sticking points remain on the bill and Northern Ireland’s border with Ireland.

The exit bill is the most poisonous issue, with Germany and France insisting that there should be no impact on the EU’s budget from Britain’s departure.

In Florence, May promised to maintain Britain’s contributions for two years after Brexit to complete the current EU budget period, totalling around €20 billion.

European Parliament chief Antonio Tajani dubbed that sum “peanuts” this week and said it should be nearer €50 or €60 billion.

The slow progress has fuelled fears that May’s government may collapse, or worse that Britain may fail to strike a withdrawal agreement before its formal departure on 29 March 2019, which could cause economic and transport chaos of both sides of the Channel.

The former head of Britain’s MI6 foreign intelligence agency, John Sawers, warned Thursday that Britain could be left “poorer and weaker” by Brexit and needing to spend more to maintain influence abroad.

Goldman Sachs chief executive Lloyd Blankfein meanwhile took to Twitter to say he would be “spending a lot more time” in Frankfurt, just stopping short of naming the German city as a post-Brexit headquarters.

May is under pressure from senior Brexiteers at home, and a group urged her in a letter on Thursday to walk out of the talks if the EU does not agree to move on to trade.

I'm in Brussels today to meet European leaders to promote the interests of the British people in the Brexit negotiations. pic.twitter.com/ztna08yPbq