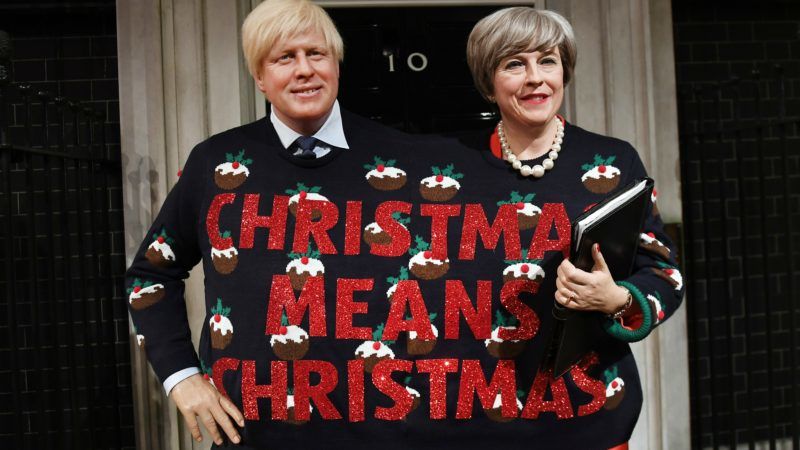 Her 27 counterparts are set to agree there has been sufficient progress on key separation issues including Britain’s exit bill and the Irish border to move talks onto the future relationship.

But the EU will stress that while they will start talks on a post-Brexit transition in January, they will not begin trade talks until March as they need more clarity on Britain’s goals for life after it leaves in 2019.

After May addressed them over dinner in Brussels on Thursday, the leaders gave her a round of applause, while saying Britain had to spell out what it wanted quickly.

German Chancellor Merkel Merkel said May had made “good offers that imply that the 27 will see sufficient progress” but added that “there remain many issues to be solved and we don’t have much time”.

Dutch Prime Minister Mark Rutte said May was a “formidable political operator” who should not be underestimated.

“Now two things are crucial. First is that we put the handshake of last Friday into legally binding agreements,” he said.

“At the same time for the UK to come forward with their wishes their ideas on what the future relationship with the EU will be.”

May sought to brush off a humiliating parliamentary defeat as she arrived at a Brussels summit on Thursday (14 December) insisting that Brexit was on track as EU leaders prepared to move talks onto the next stage.

May said she was “disappointed” that members of her Conservative party had rebelled late Wednesday to demand parliament has the final say on the separation, but stressed: “We’re on course to deliver Brexit.”

Several leaders sought to play down the impact of the vote in the House of Commons, although Luxembourg Prime Minister Xavier Bettel warned: “It’s not making her life easier.”

May has struggled to assert her authority since losing her parliamentary majority in a June vote, and the latest setback will renew fears about her mandate for negotiations on the second phase.

Pro-European MPs declared they had taken back control of Brexit after amending a landmark piece of legislation to ensure that they must approve the final divorce deal.

After a deal covering Britain’s financial settlement, the Irish border and expatriate rights, the next stage of talks will cover future trade relations and a post-Brexit transition.

EU President Donald Tusk acknowledged the negotiations would also be a test for the bloc’s own unity, as it tries to push through a host of reforms after Britain’s departure.

“I have no doubt that the real test of our unity will be the second phase of the Brexit talks,” Tusk told reporters as he arrived at the summit.

He said a “lack of unity is very visible” on two key subjects facing the EU after Britain leaves: plans for a way forward on the migration crisis, and proposals for reforms of the eurozone.

The European Parliament urged EU leaders on Wednesday (13 December) to allow the next phase of EU negotiations to start, backing a motion that recognised the talks had made sufficient progress as a well a line criticising Britain’s Brexit negotiator David Davis.

European Commission chief Jean-Claude Juncker struck a deal with May on Brexit separation issues on 8 December, saying Britain had made “sufficient progress” to move the talks onto trade.

Over dinner on the first night of the summit on Thursday night, May was “clear about wanting to move onto trade talks as quickly as possible”, a British official said.

May told them she “makes no secret of wanting to move onto the next phase and to approach it with ambition and creativity”, adding that the transition period was a “particular priority”.

The British premier will not attend Friday’s meeting and flew home after dinner.

But Tusk warned earlier this week of a “furious race against time” to reach a deal before Britain leaves the bloc on 29 March, 2019.

The EU guidelines that leaders will approve on Friday say they will start talks on the transition in January but will not begin discussions on trade until March as it needs more clarity on Britain’s goals, while security and defence will be covered later next year.

Questions also linger over the deal struck last week, after British Brexit minister David Davis appeared to suggest it was not legally enforceable.

There are particular concerns about London’s guarantee there will be no frontier checks between Ireland and the British province of Northern Ireland, after the UK leaves the EU’s single market and customs union.

Davis’s comments prompted a warning by the EU that Britain must not backtrack, and Rutte repeated Thursday: “We cannot have a misunderstanding of what was agreed.”

German Chancellor Angela Merkel added that while progress has been made, there were still “outstanding questions”.

British officials are hoping for a deal by March on a two-year transition, during which the bilateral relationship would largely stay the same, although Britain would have to follow EU laws.

A trade deal will be a tougher period, with options including following the model of a recent EU-Canada trade deal, or Norway’s membership of the European Economic Area.