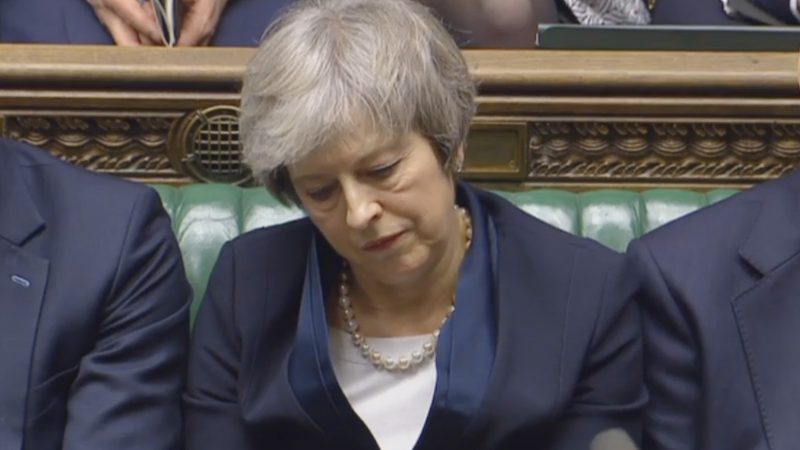 Prime Minister Theresa May after the result of the Brexit vote was announced at the parliament late 15 January 2018, London, United Kingdom. [EFE/PARLIAMENTARY RECORDING UNIT ]

Theresa May will face a no confidence vote after MPs rejected her Brexit agreement by a landslide 230 majority on Tuesday night (15 January).

MPs voted down the draft Withdrawal Agreement by 432 to 202, with the vote marking the biggest rebellion against a government since the 1920s.

Although the deal was expected to be defeated, the size of the majority came as a shock. 118 Conservative MPs voted against the government, with only 196 Conservative deputies backing May’s deal.

In her final speech imploring MPs to support her, Mrs May said that they faced “a decision that will define our country for decades to come”.

She added that a vote against her deal was “nothing more than a vote for uncertainty, division and the very real risk of no deal or no Brexit at all,” commenting that abandoning Brexit “would endanger trust for a generation”. 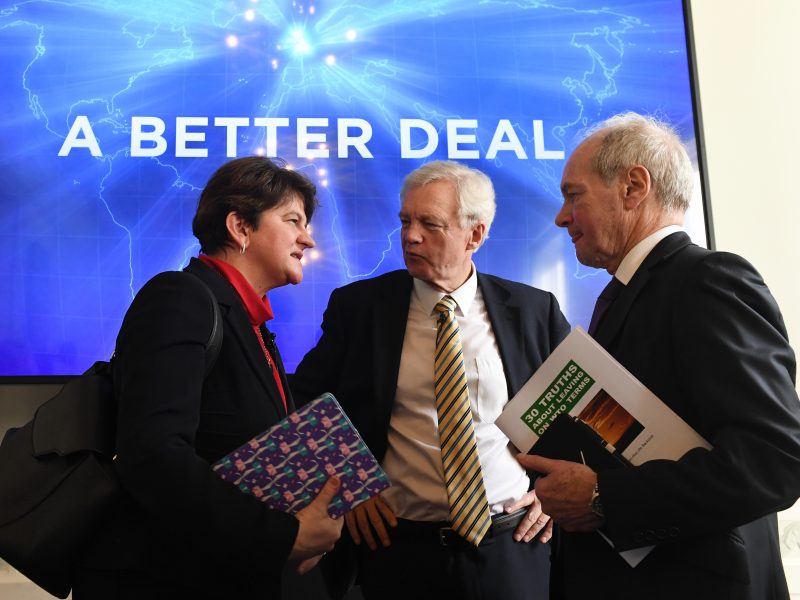 Speaking immediately after the vote, May insisted that there was no clarity on what Brexit deal could gather support.

She indicated that in the coming days the government would seek to agree on a cross-party compromise deal on Brexit, telling MPs that “we must focus on ideas that are genuinely negotiable and have the support of this House”.

That could increase the chances of a ‘soft Brexit.’

But Labour leader Jeremy Corbyn promptly tabled a no confidence motion that will be debated and voted on Wednesday morning. If May is defeated that would lead to a snap election.

However, Mrs May is still expected to survive the confidence vote. Conservative MPs are anxious to avoid a general election, and despite voting against her agreement, the Democratic Unionist Party, which currently has a confidence and supply agreement with the government, have indicated that their ten MPs will vote to support her.

In a statement, European Commission President Jean-Claude Juncker expressed “regret” at the vote, but insisted that the Withdrawal Agreement was “a fair compromise and the best possible deal”.

“It is the only way to ensure an orderly withdrawal of the United Kingdom from the European Union,” Juncker added, before calling on the UK to “clarify its intentions as soon as possible”.

“Time is almost up,” concluded Juncker.