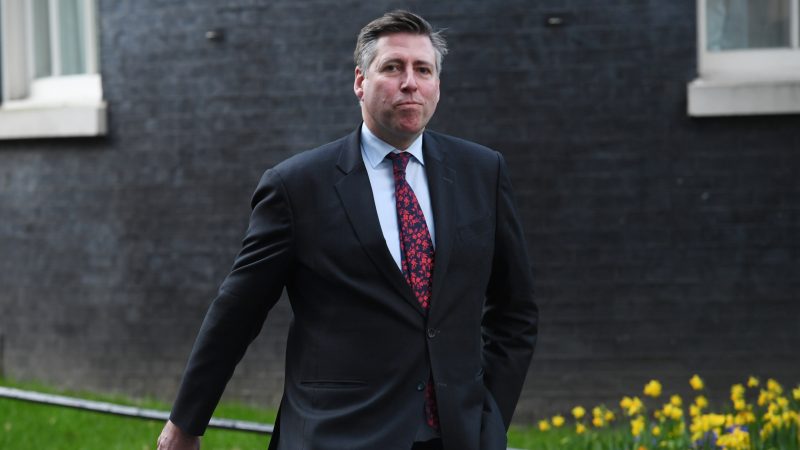 File photo. Sir Graham Brady, the chairman of the 1922 Committee, the parliamentary group of the British Conservative Party in the House of Commons leaves n10 Downing street in London, Britain, 18 March 2019. [Facundo Arrizabalaga/EPA/EFE]

British Prime Minister Theresa May has offered to meet leaders of an influential group of Conservative Party lawmakers next week to address growing calls for her to resign, party representatives said on Wednesday (8 May).

Graham Brady, chairman of the 1922 Committee which can make or break party leaders, said May told him she was determined to get her Brexit deal ratified as soon as possible which would pave the way for her departure.

He said May wanted to hold votes in parliament on detailed Brexit legislation before Britain is due to hold elections for the European Parliament in two weeks. So far, she has failed to overcome resistance within her party to the deal she agreed with the European Union last year. 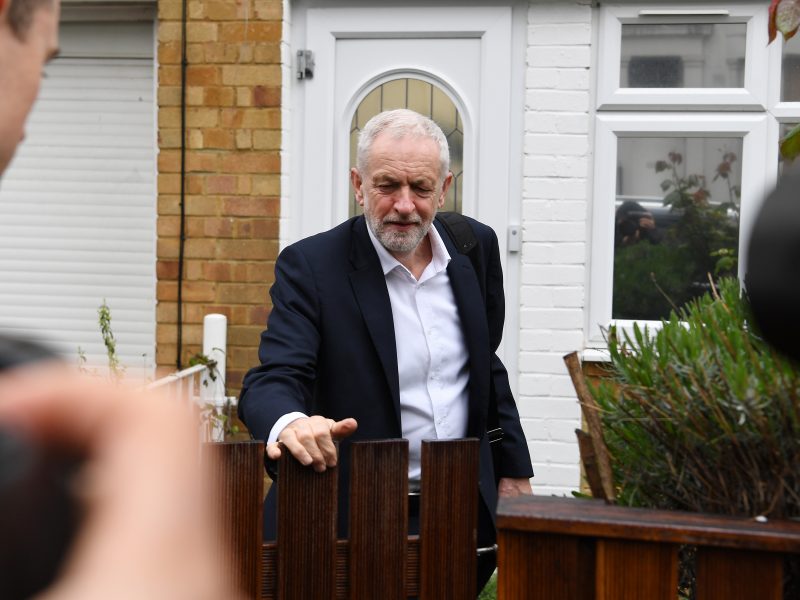 British Labour leader Jeremy Corbyn will urge both pro-EU voters and Brexit supporters on Thursday (9 May) to vote for his opposition party at this month’s European election, a poll he blamed on the Conservative government’s “complete failure” to steer the country out of the bloc.

“She has made clear not only her determination to secure the first stage of the Brexit process in the very near future but crucially to introduce the necessary legislation before the European elections take place, and possibly in the much nearer future than that,” Brady told BBC television.

Earlier, May’s spokesman said she stood by her commitment to resign after she completed “phase one” of the Brexit process, or the divorce deal, before handing over to a new leader to negotiate future trade ties with the bloc.

But many Conservative lawmakers believe that May has failed to deliver on Britain’s vote to leave the EU and that the party needs a new approach.

One lawmaker who attended a regular meeting of the 1922 Committee on Wednesday called on the executive to be “assertive” at next week’s meeting with May as the party needed to have “an end in sight.”

May has lost heavily on three attempts to get her Brexit deal through parliament. The impasse forced her to seek a delay to the Brexit deadline which now stands at 31 October.

Downing Street has previously said it could try to pass the legislation needed to ratify the Brexit deal before holding another vote in parliament on approving May’s agreement with Brussels.

Brady said there was no “public clarity” about the timetable for May’s departure.

“But it is clear that the prime minister wishes and is determined to do her best and secure our departure from the European Union with an early second reading of the legislation and that her departure is tied very closely to that process,” he told the BBC.

Separately on Wednesday, spokesmen for May and for the opposition party said talks on how to break the impasse would continue in the coming days.

“This is the second extended meeting between the government and the opposition, which demonstrates the seriousness with which both sides are approaching these talks,” a spokesman for May’s office said after the latest negotiations.

“Over the coming days there will be more meetings of the bilateral working groups and further exchanges of documents as we seek to nail down the details of what has been discussed.”

A Labour spokesman said: “After the second day of talks this week, the negotiating teams are working to establish scope for agreement, and will meet again at the beginning of next week.”