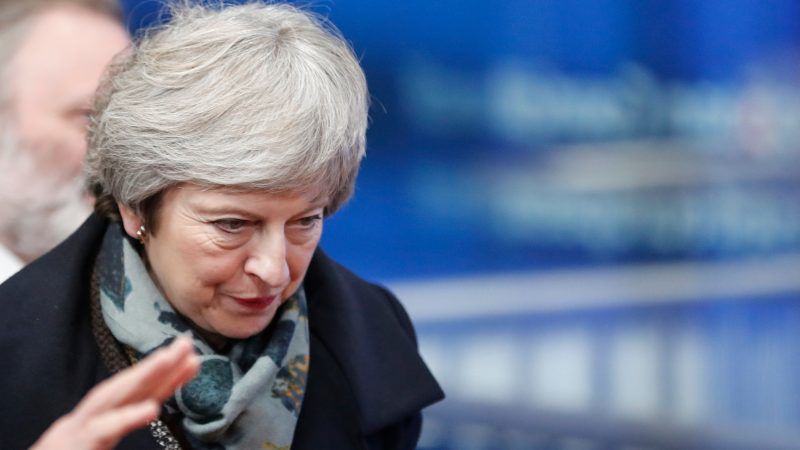 May faces an angry parliament Wednesday (12 December) after delaying a key vote on her Brexit deal in a desperate move that leaves this agreement and her own future in limbo.

The British leader toured European capitals on Tuesday in an attempt to salvage the deal, after MPs savaged its provisions on the issue of the Irish border.

May said she wanted “assurances” from EU leaders meeting on Thursday and Friday that if Britain ever entered the so-called “backstop” arrangement for the border, this would only be “temporary”.

She received sympathy from EU partners but firm rejections of any attempt to reopen the agreement, which was approved by EU leaders last month following tortuous negotiations.

“There is no room whatsoever for renegotiation but of course there is room, if used intelligently, to give further clarification,” European Commission President Jean-Claude Juncker said ahead of talks with May on Tuesday.

German Chancellor Angela Merkel said there was “no way to change” the deal after meeting May. 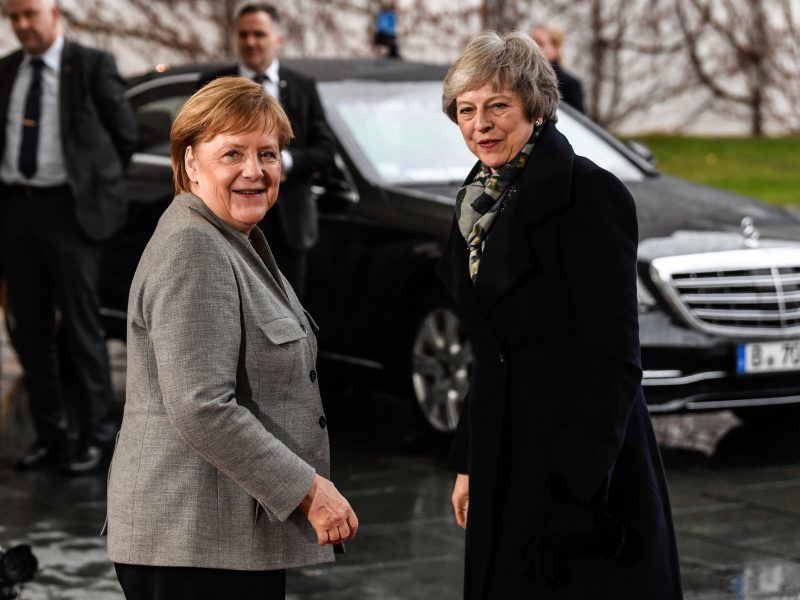 Meanwhile EU President Donald Tusk said bloc leaders wanted to help the prime minister but added: “The question is how”.

May on Monday told MPs she was postponing a critical vote on the deal scheduled for Tuesday, admitting that it faced rejection and promising to consult EU leaders in an effort to get additional reassurances on the backstop.

She has said the vote will now be held before 21 January.

May’s postponement of the vote on her deal to maintain close ties with the EU after leaving in March infuriated lawmakers on all sides of the debate – from hardline Brexit supporters to those who want to remain in the EU.

The BBC and other media cited multiple sources as saying the required number of letters from Conservative lawmakers calling for a no-confidence vote in her leadership of the party had been met.

Owen Paterson becomes most senior Tory MP to submit letter of no confidence in PM.

Says MPs can no longer take PM at her word & accuses her of treating Brexit 'miserably' like a 'problem to be solved rather than an opportunity to be grasped'https://t.co/1Q930sdOG2

Only one member of the party, Graham Brady, knows how many lawmakers have submitted their letters – but May’s position looked more precarious than ever.

If she is toppled — and it is far from certain that she would lose a vote among all the party’s members of parliament — — could further complicate Brexit.

Brady, the chairman of the party’s 1922 committee of backbench lawmakers, asked to see May on Wednesday after her weekly question session in parliament, BBC political editor Laura Kuenssberg tweeted.

Lawmaker Andrew Bridgen, a critic of May, said he believed Conservative members of parliament would vote on her leadership at the first opportunity, which could be on Wednesday night.

A leadership challenge is triggered if 15% of the Conservative members of parliament write letters demanding a confidence vote to the chairman of the party’s “1922 Committee”, which represents those lawmakers who have no government jobs.

The Conservatives have 315 MPs, so 48 would need to write such letters for a vote to be called.

What happens during a no-confidence vote?

All Conservative MPs can vote. May would need a simple majority of the total votes registered in order to win. If all elected lawmakers cast their ballots, that would currently mean 158 votes.

If May wins, she remains in office and cannot be challenged again for 12 months. If she loses, she must resign and is barred from standing in the leadership election that follows.

Under Conservative rules, the vote is held as soon as possible, on a date decided by the 1922 Committee chairman in consultation with the party leader.

The last no-confidence vote against a Conservative leader, when the party was in opposition in 2003, was held the day after the Committee chairman announced he had received enough letters.

What happens if May loses?

If May loses, there will be a leadership contest to decide her replacement. Her replacement will become prime minister, but a general election will not automatically be triggered.

If several candidates come forward, a secret vote will be held among Conservative MPs to whittle down the field. The candidate with the fewest votes is removed and Conservative lawmakers vote again. The process is repeated, on Tuesdays and Thursdays, until only two candidates remain.

These two candidates are then put to a postal ballot of the wider Conservative Party membership. Participants need to have been party members for more than three months.

When David Cameron decided to step down as prime minister and Conservative leader after the EU referendum in 2016, five candidates came forward. The field was narrowed to May and then-junior minister Andrea Leadsom, but she pulled out before members voted, leaving May to become leader unopposed.

The list of possible replacements is long, but there is no clear frontrunner.