EU member states gave its blessing on Monday (25 November) to the new European Commission to start functioning without the UK representative, despite the legal challenges the new executive could face for being unlawfully forged.

Early this month, UK Prime Minister Boris Johnson declined to send a commissioner to Brussels, contrary to what he had initially said and what the EU rules state. He cited the so-called purdah rules that prevent London from assigning international postings ahead of an election at home, in this case, a general UK election on 12 December. 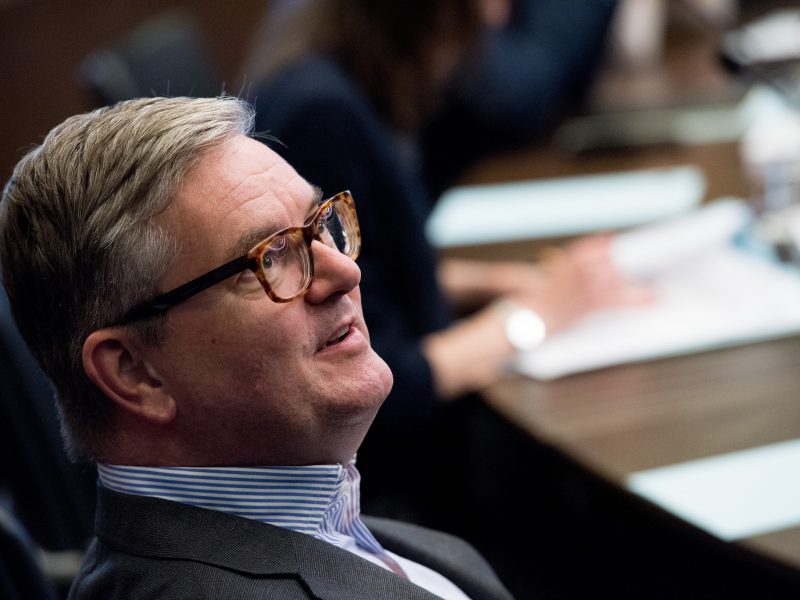 EU member states (Council) amended on Monday the list of Commissioners to be part of the new team, excluding the UK representative.

The Treaty (Article 17-7) said the Council, jointly with the Commission president-elect, are responsible for adopting the list of Commissioners designate.

But EU rules also stipulate that there should be a Commissioner per country, currently 28, including the UK.

As a result, the college will remain with 28 members, but only with 27 commissioners-designate.

An EU official admitted that some of the Commission’s decisions in the field of competition or trade could be challenged before the EU Court based on the legality of its constitution.

But the EU executive was “very confident” that the EU judges would validate the decision to start functioning without the UK Commissioner, the source said.

As part of the legal reasoning, an EU official argued that the Lisbon Treaty permits to maintain college posts vacant if a Commissioner leaves before the end of the mandate.

Given that the UK broke the “sincere cooperation” between member states and EU institutions embedded in the Lisbon treaty, an EU official stressed that a national government “cannot become an obstacle” for the functioning of the EU.

While the confirmation process of the new Commission advances, the Commission launched in parallel early this month an infringement procedure against the UK for refusing to nominate a Commissioner as the EU rules stipulate.

The European Commission has launched a formal infringement procedure against the UK over its failure to nominate a Commissioner, in the latest sign of increasing frustration between Brussels and London.

Von der Leyen had told Johnson to pick a candidate by Friday last week (22 November), but he missed this deadline.

Commission chief spokesperson Mina Andreeva said on Monday that the institution would take stock of the situation and would decide on the next steps “if appropriate”.

Once an infringement procedure is launched, if the Commission concludes that the country is failing to meet its obligations under the EU law within a specified period, normally two months, it may send a reasoned opinion.

This would imply that the second phase of the infringement procedure against the UK would be taken only a couple of weeks before the expected Brexit date on 31 January.

Following the reasoned opinion, the Commission could take the UK to the EU Court if London continued to disregard its obligations when it comes to the nomination of a commissioner, but that would not happen until at least next spring.

Even if the UK exits before the infringement procedure is concluded, the Commission could still pursue the case until the end, as the divorce agreement includes a chapter that would allow for the conclusion of ongoing cases.