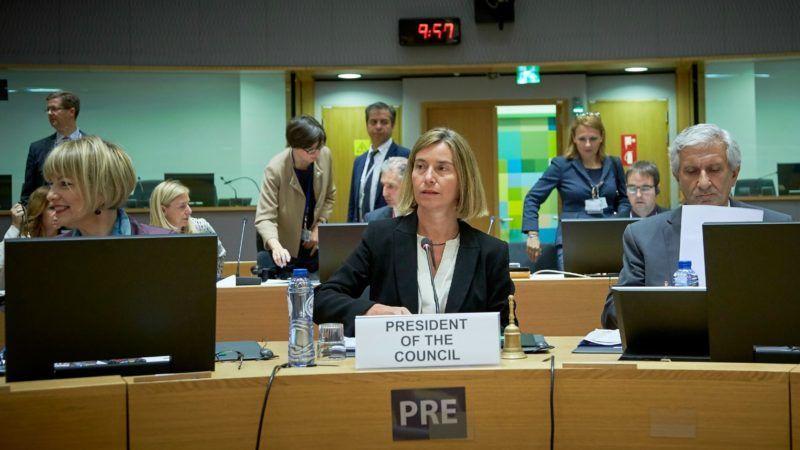 EU foreign affairs chief Federica Mogherini said yesterday (15 May) she was confident of making progress on the bloc’s defence ambitions, irrespective of the fallout from a Brexit-bound Britain.

British Foreign Secretary Boris Johnson also downplayed differences over plans for a EU military headquarters after reports suggested London opposed any suggestion that the unit should have an active operational role.

EU diplomatic sources said the British government was anxious not to be wrong-footed ahead of a 8 June general election dominated by Brexit.

Mogherini, speaking after EU foreign ministers met in Brussels, said they were trying to find the legal language to formalise the Military Planning Conduct and Capability (MPCC) facility.

“I expect that in coming days we will have a strong indication of unanimity,” Mogherini told reporters, looking ahead to an EU defence ministers meeting on Thursday.

She said she had spoken to British defence secretary Michael Fallon on Sunday, telling him that what was important after the March deal was that “once we take at 28 a political decision, then the same 28 should put the same energy into making it operational.”

“I would not understand any minister putting an obstacle between a political decision and implementation,” she added. 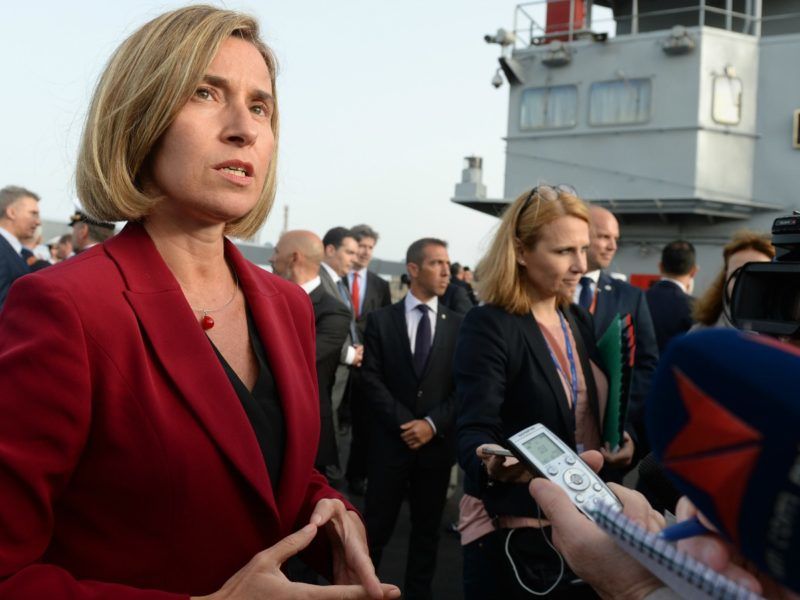 EU defence integration is advancing faster than in other areas and could see key decisions made this year to boost cooperation, foreign affairs chief Federica Mogherini said on Thursday (27 April).

Spanish Foreign Minister Alfonso Dastis said the 27 other member states wanted to approve the text Monday but could not because of British opposition.

The same could happen at the defence ministers meeting, Dastis added.

Johnson said earlier the differences had been overblown.

“We understand the vital importance of European countries working together to strengthen our defences,” he said.

“If they want to come together… with other arrangements, then we don’t want to stand in their way. We just (need to) work on the language to make sure that we get it totally right,” he said.

A draft text of the conclusions seen by AFP said the EU “looks forward to the effective establishment, as a short-term objective, of the MPCC”.

It will assume “responsibilities at the strategic level for the operational planning and conduct of the EU’s non-executive military missions,” it added.

Mogherini, who chaired Monday’s meeting, has pushed hard for the EU to take an increased military role after President Donald Trump cast doubt on the US security commitment to Europe.

Brexit will deprive the bloc of both a nuclear-armed power which wields a UN Security Council veto and a member state which has consistently opposed EU defence integration as a risk to NATO.