Boris’ dad: I respect Brexiteers but will vote Remain 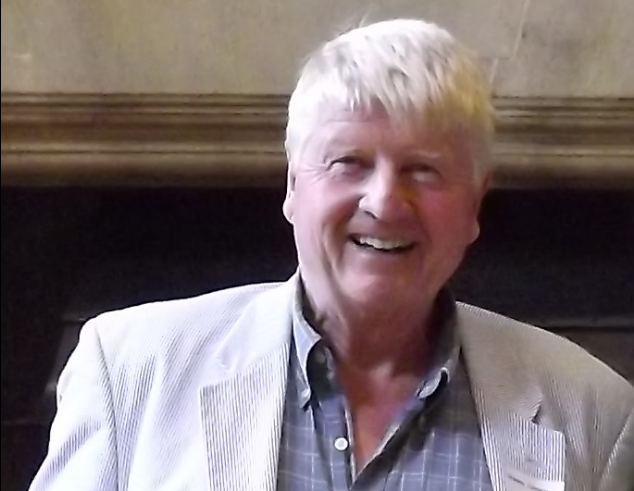 EXCLUSIVE / Stanley Johnson – father of Brexiteer Boris Johnson – has warned that the EU must dump the euro and control immigration, if the UK votes to stay in the bloc in the 23 June referendum.

Johnson, a former MEP and European Commission official, is voting Remain in the Brexit referendum, in opposition to his Tory MP son Boris – but in agreement with his other son Jo, who is also a Conservative MP.

Should Brexit happen, many suspect Boris Johnson to be in pole position to become Prime Minister, which Stanley described as “a lovely scenario”.

“There is not necessarily a million miles between us,” he said, “My personal view is that there are still some important reforms to be made in Europe, and I wouldn’t necessarily diverge 180 degrees from Boris’ own analysis.

“Brexiteers are coming from many different directions, and I respect many of their motivations. The democratic basis of continent-wide decisions can be questioned. However, I would wish to stay in the EU and to push for these reforms from the inside.”

In an interview with euractiv.com, Johnson senior said that a vote to stay should still count as a warning.

“If Britain stays, the most urgent matter is to deal with the immigration problem. Internal and external migration issues must be addressed,” he said.

The perceived inability of Britain to control its borders while an EU member state is a major campaigning platform for Leave.

In June, Boris Johnson called for an Australian-style points based immigration system to be introduced in post-Brexit Britain, barring migrants unless they can speak good English.

Stanley Johnson said, “The migration issue has played a major role in this debate. Net annual migration is around 360,000 people a year, raising the population of the UK to over 70 million, with 80 million in the not-so-distant future. This is not a tolerable situation.

“There will be a tremendous sigh of relief around Europe if Britain votes for Remain. It would behove our allies in Europe to look carefully at why we might have come so close to the brink. “

But he added, “I don’t think this is dealt with, with Brexit. Collectively we must look at this treaty and look at how it can be dealt with.

“I think we will find that in Europe, there are far more allies than people may currently suspect.”

Leave has regularly suggested that the UK’s membership has left it “handcuffed to the corpse” of the eurozone, which continues to struggle for economic growth.

In his EU renegotiation, UK Prime Minister David Cameron sought to address those fears by securing a safeguard for non-Eurozone countries against regulation pushed by those inside it.

But Johnson believes the EU will be better off by junking the single currency, which he said was bad for democracy.

“The euro’s disappearance would be by far the preferable scenario,” he said, “The common currency is not the Holy Grail. It’s time for people to look at the euro and say “it was a nice idea, but it didn’t work”.

He added, “I do not think that you can combine a democratic approach to politics with a situation where the very heart of a country’s policies is determined outside of the normal national democratic process.

“It would be ironic if the eurozone achieved some kind of suppression of democratic rights. The freedom of states to run their own economic affairs seems to me a necessary freedom.”

But Johnson argued that the eurozone will have an impact on Britain, whether there is a Brexit or not.

He said, “Is it right for Britain to pull out, and then look at the eurozone area as it sinks? How much more of a productive stance would it be to be fully engaged in Europe and to make the best contributions we can to the eurozone?

“This could be in modifying or terminating it, or at least that the worst features characterising it be rewritten.”

Brits go to the polls on 23 June. “I think that in the end people are going to voting with hearts as much as with their heads in this issue,” said Johnson.

“I think a Brexit would change a lot in the sense that there would be some areas where common rules do not apply anymore. I have the feeling that people would think that they have regained control over some aspects of their life.”

Read the full interview below.

One response to “Boris’ dad: I respect Brexiteers but will vote Remain”