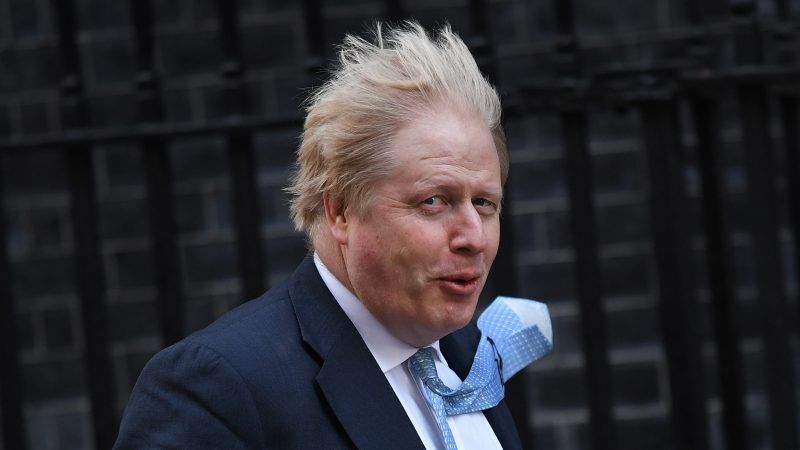 Johnson wrote “it is wrong to see the task as maintaining ‘no border'” on the island, and that the government should instead “stop this border becoming significantly harder”, according to the letter obtained by Britain’s Sky News.

The foreign secretary added in the leaked correspondence — entitled “The Northern Ireland/Ireland border – the Facilitated Solution” — that the importance of the EU’s external border checks were “exaggerated”, it reported.

“Even if a hard border is reintroduced, we would expect to see 95%+ of goods pass the border (without) checks,” he wrote.

Leaked letter to the PM suggests the Foreign Secretary is downgrading expectations of no change to the Irish border after Brexit pic.twitter.com/0UoGRXpVyI

Ahead of the 2016 referendum on Britain leaving the European Union, Johnson said the border between the Republic of Ireland, an EU member, and British-ruled Northern Ireland, would remain “absolutely unchanged”.

The leading eurosceptic has since repeatedly insisted on no return to a future hard border.

There are fears that reintroducing customs checks could threaten the fragile peace on the island brokered in the 1990s.

Whitehall sources insisted Tuesday that the government remained committed to a “no hard border” policy.

A Downing Street spokeswoman said: “we don’t comment on reports of leaked documents.”

MUST-WATCH: Lord Heseltine slams the 'duplicity' of Boris Johnson after a leaked Gov doc reveals the Foreign Secretary is downgrading expectations of no change to the Northern Irish border. Please RT: pic.twitter.com/Y1vVZfpEix

Earlier Tuesday Johnson had drawn ridicule for suggesting that potential post-Brexit problems with the border could be managed in a similar way to travel across London boroughs.

He highlighted technological innovations used in the capital to calculate a traffic charge to explain why the government’s plans to leave the EU’s customs union and single market need not lead to border checks in Ireland.

“There’s no border between Camden and Westminster,” he told BBC radio, referring to two local authority areas in London.

“But when I was mayor of London we anaesthetically and invisibly took hundreds of millions of pounds (dollars, euros) from the accounts of people travelling between those two boroughs without any need for border checks whatever.”

Questioned about his analogy between travelling across one city and international trade between two countries, he insisted it was “a very relevant comparison”.

Labour MP David Lammy, who represents a constituency in London, said Johnson’s comparison was “not only rank stupidity, it is ignorant and wilfully reckless”.

The controversy comes as the EU prepares to publish Wednesday the draft of the Brexit divorce agreement reached by Brussels and London in December.

It will detail three key topics, including the future of the Irish border and procedures for a fallback option that Northern Ireland would remain in “full alignment” with the EU’s rules and regulations, if no better solution is found.