The warnings are contained in the latest batch of 28 government papers which outline contingency plans that businesses and individuals would have to consider if the UK crashes out of the EU without a deal on 29 March.

The UK also faces being shut out of the Galileo satellite programme, its ships being forced to provide security information before docking, and requiring new car safety certificates under a ‘no deal’ scenario.

“To avoid your British passport not complying with the Schengen Border Code we suggest that you check the issue date and make sure your passport is no older than 9 years and 6 months on the day of travel,” the government warns.

Drivers, meanwhile, are told that “if there is no deal with the EU, you may need to obtain an International Driving Permit (IDP) to drive in the EU”.

However, Edmund King, President of the AA, said: “In some circumstances, such as driving into France and then Spain, drivers will need two separate IDPs as Spain, Eire, Malta and Cyprus have not ratified the 1968 Vienna Convention.”

EU citizens wishing to drive in the UK will not face similar requirements.

“The UK does not require visiting motorists … to hold a separate IDP to guarantee the recognition of their driving licence,” the government document states.

Meanwhile, the UK’s traditional blue passports – much beloved by some Brexiteers – will start being issued from late 2019, the government states. 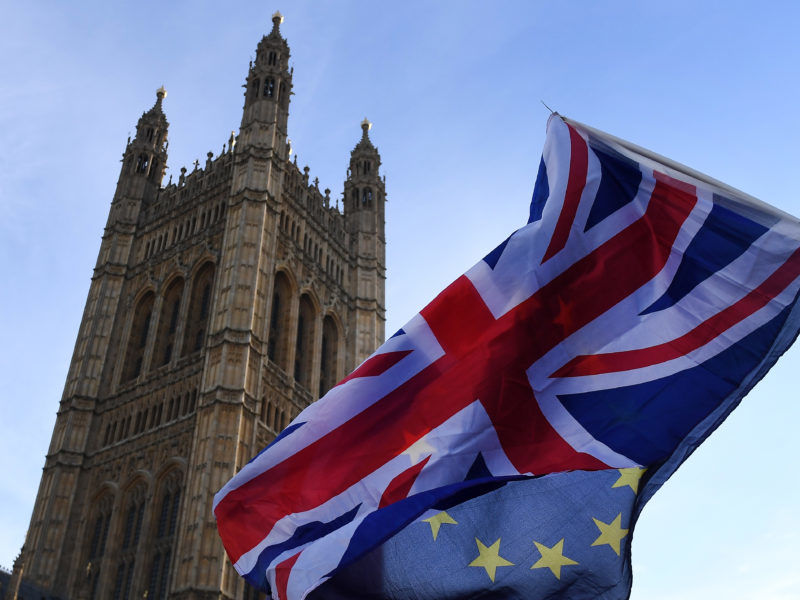 However, British citizens would be saved from hefty mobile roaming charges, the UK government promised.

While surcharge-free roaming in the EU could no longer be guaranteed, the government plans to adopt its own law to ensure that mobile operators would have to apply a limit of £45 per month, almost identical to the €50 per month under EU law, on mobile data usage while abroad.

Less clear, however, is what will happen on the free flow of data. Without an adequacy decision from the European Commission allowing data transfer between the EU and UK, companies should “consider assisting your EU partners in identifying a legal basis for those transfers”.

A guidance paper on ‘Satellites and space programmes’ warns that UK-based businesses and researchers will be shut out from bidding for future EU Global Navigation Satellite System contracts and “may face difficulty carrying out and completing existing contracts”.

It adds that the government will invest £92 million from its ‘Brexit readiness fund’ on an 18-month programme to design a UK Global Navigation Satellite System.

With six months to go until the UK formally leaves the EU, the prospects of a ‘no deal’ have been rated at 50/50 by some UK and European ministers, and both the EU and UK have ramped up their contingency planning for such an outcome.

In July, the European Commission published its own 17-page communication to businesses in the EU warning them of the consequences of a ‘no deal’ Brexit.