MEPs will not back a Brexit deal that does not include a 'backstop' on the Irish border. [ALDE/Flickr]

European Union lawmakers have vowed to reject any Brexit deal that does not include an “all-weather backstop” to avoid the return of a hard border on the island of Ireland.

In a statement on Thursday (24 January), MEPs on the cross-party Brexit Steering Group said that “without such an ‘all-weather’ backstop-insurance, the European Parliament will not give its consent to the Withdrawal Agreement”.

Last week, Prime Minister Theresa May suffered a humiliating defeat when 118 MPs from her Conservative party combined with opposition parties to vote down her Withdrawal Agreement by a 230 majority. The Irish backstop is the main bone of contention for Conservative rebels, who want the UK to be able to decide unilaterally to scrap it.

Following the defeat, May said she would immediately open cross-party talks with a view to reaching a Brexit deal that could command a parliamentary majority. However, the prime minister still appears unwilling to make any concessions or changes to her position, and the opposition Labour party insists it will not engage in talks until May rules out the prospect of the UK leaving the EU without any agreement.

The House of Commons is set to debate and vote on a series of options next Tuesday (29 January), including an amendment proposed by Labour MP Yvette Cooper and a group of Conservative MPs that would allow MPs to request an extension of Article 50 to avoid a ‘No Deal’ scenario.

The European Parliament will hold its own debate on the status of the Brexit talks the following day. However, the Steering Group reiterated that the Withdrawal Agreement “is fair and cannot be renegotiated”.

The Steering Group, chaired by Guy Verhofstadt, the Belgian MEP who leads the Liberal ALDE group, urged May to “work together with all political parties in the House of Commons to overcome this deadlock”. It also called on the UK government to “come back as quickly as possible with a positive and viable proposal on the way forward.”

On Monday, May scrapped plans to charge a £65 fee to millions of EU citizens seeking to secure the right to continue living in the UK, a move which the Steering group welcomed and urged EU countries to offer a reciprocate for UK nationals in their territories.

Although the European Parliament has not been involved in the Brexit negotiations, MEPs will have to vote in favour of any Brexit deal between the EU and the UK before it can come into force. 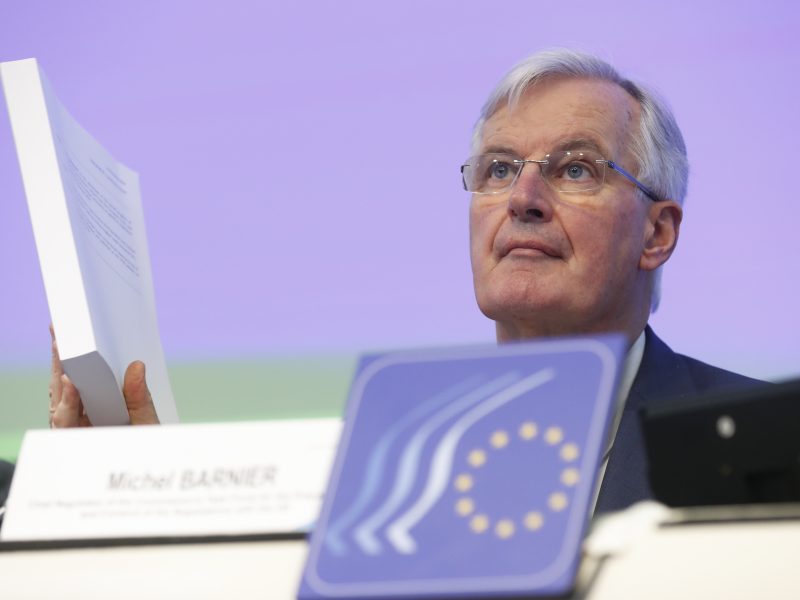 The European Union’s chief Brexit negotiator Michel Barnier said that the “backstop” provision in the agreement for Britain’s withdrawal from the bloc could not be time-limited, since that would defeat its purpose of guaranteeing no hard Irish border.

2 responses to “No backstop = no Brexit deal, say MEPs”