One Cameron demand met in crunch ‘Brexit’ day in Brussels 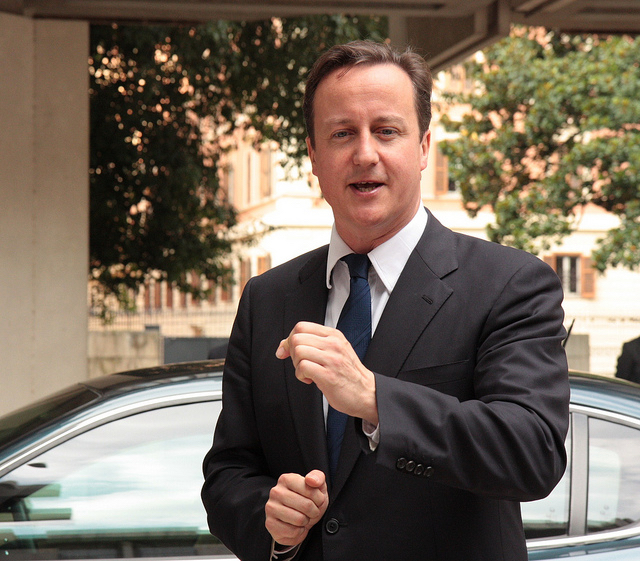 In what will be a crunch day for the UK’s 43-year membership of the bloc, European Council President Donald Tusk will later on Tuesday publish a draft proposal for reforms to the EU designed to satisfy a series of demands made by Britain ahead of a planned referendum on the country’s membership in the 28-country bloc.

That then goes to a summit of all EU leaders on 18-19 February, ahead of a in/out referendum that Downing Street is still hoping to hold in June.

Included in the draft text, which still needs to be agreed by all member states, will be a legally binding provision to allow a group of 55 percent or more member states to either stop EU legislation outright or demand changes, the source said.

The agreement on a way to block EU laws is designed to address concerns among Britons that too much lawmaking power has been ceded to Brussels. Member states will have three months to object to proposed new laws, the source said.

“This breakthrough will ensure that national parliaments’ voices are heard loud and clear in Brussels,” the source said.

>>Read: Commission warns that UK reform deal must be accepted by all member states

Tusk’s draft text, due to be released around midday, will provide the basis for a deal at the summit of leaders later this month, but both British and EU officials have stressed that many of the finer details have yet to be worked out.

Cameron also wants to address issues around competitiveness, closer integration within the eurozone single currency area and, most controversially, immigration.

Britain said on Sunday that a “significant” agreement had been reached with the European Commission allowing Britain to impose an “emergency brake” to suspend some payments to migrants from the bloc for four years immediately after the referendum.

Both sides trumpeted “progress” following talks between Tusk and Cameron at the weekend, but the EU president warned there were still “outstanding issues” to resolve.

London’s bid to transform its EU membership has sparked turmoil, coming as the alliance struggles with the biggest influx of migrants since World War II and the fallout from the eurozone debt crisis.

>>Tusk draft proposal due to be published at 12noon Brussels time

Tomorrow around noon I will table proposal for a new settlement for #UKinEU. Good progress last 24 hours but still outstanding issues

The so-called “Visegrad Four” – the central European states of Poland, the Czech Republic, Hungary and Slovakia – say they will not accept any plan that discriminates against hundreds of thousands of their citizens working in Britain.

Although Cameron has only officially set a deadline of the end of 2017 to hold the in-out EU referendum and insists he is in “no hurry” for a deal, sources have said he is keen to push a vote through by June.

British media reported Monday night that 23 June was the most likely date. That would avoid any new flare-up in Europe’s migration crisis this summer and before British eurosceptics, particularly in Cameron’s own Conservative Party, become even more unruly.

It also takes advantage of the fact that the two main ‘out’ campaigns in the UK are bitterly divided over tactics and figureheads, with the UKIP leader Nigel Farage seen as too polarising to attract floating voters into the ‘out’ camp.

A spokesman for one of the two anti-EU campaigns, Vote Leave, dismissed the apparent success as “trivial”, and said it would do nothing to strengthen parliamentary democracy.

Matthew Elliott, Chief Executive of Vote Leave, said: “What the government is asking for from the EU is trivial – these proposals will not take back control from the EU. These gimmicks have been ignored by the EU before and will be ignored again as they will not be in the EU treaty.”

A different note of scepticism came from European Parliament President Martin Schulz, who told German radio Tuesday that voters may not be swayed, whatever concessions Brussels grants.

He told Deutschlandfunk, “I am sure we will find an agreement with them [the British]. But whether that is sufficient to achieve a majority for staying in the EU – we’ll have to see.

“My impression and my experience with referenda is that the people vote on everything possible but mostly not on the content of what has been negotiated,” he added.

British Foreign Secretary Phillip Hammond, speaking to reporters in Rome last Monday night, said “on the basis of what I have seen so far I am encouraged that there has been quite significant movement towards us in the last few days.”

But he cautioned that further work needed to be done between now and 18 February.

Opinion polls are largely split on whether Britons would vote to leave the EU in a so-called “Brexit”. It will be the British public’s first vote on the country’s EU membership since 1975, two years after it joined what was then the European Economic Community.