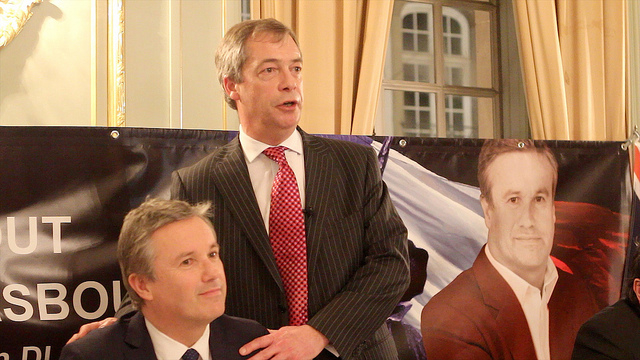 The probability of the UK leaving the EU during the next parliament stands at 17%, according to Open Europe, a critical but pro-EU think tank.

Their “Brexit Barometer” assesses of the chances of the UK leaving the EU, up to and following the General Election on 7 May 2015.

The barometer comes as public support for EU membership in the UK is at record levels.

The probability is based on a number of contingent factors including: the make-up of the next government, the likelihood of that government holding a referendum and, ultimately, the potential outcome of an In/Out referendum.

It also factors in how strongly the next government will push for EU reform and how open and willing the rest of the EU is to reform, based on Open Europe’s analysis.

The low probability of a Brexit, according to the barometer, is in no small part down to uncertainty surrounding the general election result.

With no single party likely to win a majority, a coalition is likely. A referendum on membership of the European Union was listed as the one of the most important factors in deciding a coalition party by Conservative party members.

The likely positions of the other major parties in relation to a referendum in coalition talks aren’t known.

Raoul Ruparel of Open Europe told EURACTIV that while continued membership of the EU was most likely to continue, there was a “non-negligible threat of Brexit.”

“At the moment, the general election is the biggest factor. After the election, more nuances that will come to the fore,” said Ruparel.  “[Including] how the reform agenda is approached, what is happening in the Eurozone and what it happening domestically. “

The openness of the rest of Europe to reform, and the eventual date of any referendum, will also play a role in deciding the eventual outcome.

Prime Minister David Cameron, said he would campaign for the UK to stay in the EU, but only if he is able to negotiation reforms to the EU saying, “Britain’s national interest is best served in a flexible, adaptable and open European Union.”

The opposition Labour Party has also considered an EU referendum, but said it would only do so if there was a substantial further shift of powers from London to Brussels.