Pantomime, travel and rest: What comes next for Britain’s MEPs 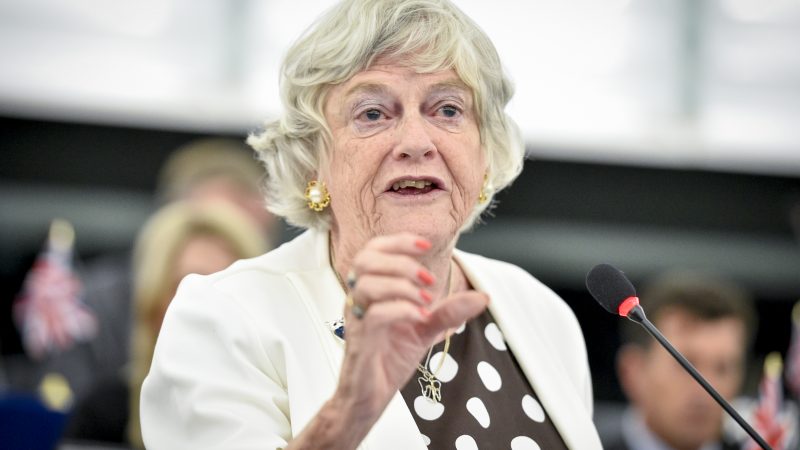 Ann Widdecombe, photographed in plenary, is looking forward to returning to her home in southwest England, writing, giving speeches on cruise ships and getting involved in pantomimes. [European Parliament Multimedia Centre]

Britain’s 73 EU lawmakers packed up their offices in Strasbourg on Thursday (16 January): for some a moment of triumph, for others, disaster.

This week marked the last sitting of the European Parliament in the eastern French town before Britain quits the union on 31 January.

There is one more session to go in the assembly’s main base in Brussels. But for the Brits, there will be no more monthly first class train journeys trips across the Ardennes, and no more dining on Alsatian wine, choucroute and tarte flambée.

The Brexit Party’s Ann Widdecombe, for one, said she was “delighted” to be winding up her near eight-month career as a Member of the European Parliament.

“I came here to get Brexit done, she told Reuters. “That’s why I came and we’ve been pretty successful.”

Her possessions in Strasbourg, she said, would fit into one cardboard box. She was looking forward to returning to her home in southwest England, writing, giving speeches on cruise ships and getting involved in pantomimes.

The 751 members of parliament (MEPs) convene in Strasbourg four days a month and in Brussels for the remainder, an upheaval that costs millions of euros a year – something that Brexiteers such as Widecombe regularly hold up as evidence of EU waste. Fellow Brexit Party member Claire Fox said she had no regrets about saying goodbye to the French border town. She had only joined the European Parliament to get her country out of it. Britain had stayed “longer than we should have”.

Not long enough for Luisa Porritt, a lawmaker from the Liberal Democrats, which campaigned to stay in the European Union.

Her career as an MEP was as short as Widdecombe’s but she said felt “very lucky” to have had the experience.

“I’ve been grateful for every extra day that I’ve had,” said the 32-year-old, who is planning to take a break in Iceland after 31 January.

“It’s been the most interesting job of my life, but that’s so minimal compared to the sadness I feel about what it means for Britain.”

All four women joined the European Parliament at the last elections in May 2019, so they will not qualify for the assembly’s golden goodbye – one month of salary for every year in office, capped at 24 months, for MEPs with more than a year under their belts.

In just over two weeks’ time, they will be shutting up their even bigger offices in Brussels, and handing back their access and voting cards, office keys and laptops.