Because of Brexit, which became official on 31 January, between 80 and 100 companies in London's financial sector have decided to relocate around 4,000 direct jobs to Paris, and this process "is likely to accelerate", according to the CEO of Paris Europlace, Arnaud de Bresson. [novopress.info]

French Economy Minister Bruno Le Maire said this week that “Paris [was] going to become the leading financial centre” in Europe, which appears more of a statement of intent rather than fact.

Financial services account for about 7% of the UK’s gross domestic product (GDP) and are concentrated mainly in London, where the sector directly employs 250,000 people.

Arnaud de Bresson, the organisation’s managing director, points out that as a financial hub, Paris is at the top of the now EU-27 bloc, well ahead of Frankfurt, which boasts 70,000 financial sector workers, or the 30,000 workers in Dublin or Luxembourg.

In Europe, Paris is not only a leader in terms of market capitalisation but also regarding asset management, derivatives and the insurance market.

For Arnaud de Bresson, several reasons explain Paris’ top spot, starting with the fact that on the Old Continent, Paris “is the only other global capital comparable to London”.

Because of Brexit, which became official on 31 January, between 80 and 100 companies in London’s financial sector have decided to relocate around 4,000 direct jobs to Paris, and this process “is likely to accelerate”, de Bresson announced.

Like the French government and President Emmanuel Macron, Paris Europlace insists that the UK’s withdrawal from the EU is no good news, but rather a reality with far-reaching consequences. And Le Maire even went so far as to say that the French economy “must take advantage of Brexit”.

For the time being, this is the case, for instance, with the relocation of the European Banking Authority (EBA) from London to Paris. The EU agency’s 250 employees will, therefore, be working alongside another regulatory body, the European Securities and Markets Authority (ESMA), which is already headquartered in the French capital.

Since the British referendum in June 2016, in which a majority of British voters voted in favour of leaving the EU, investment banks such as HSBC, Bank of America, JP Morgan, Morgan Stanley and Goldman Sachs have announced increases in their staffing levels in Paris.

But few spoke directly of a transfer of activities from London.

HSBC said its subsidiary in France had opened several branches in the Netherlands, Italy, Spain, the Czech Republic, Ireland and Luxembourg. The banking group pointed out that operations were carried out in these seven countries based on the EU passport, which had hitherto been available to UK entities.

HSBC stated that despite its intention to “cause as little change as possible”, its French subsidiary has been increasing its range of products, services and local staff (although no figures are given). The bank is conscious that customers from the European Economic Area might no longer be served from London.

Behind these convoluted formulas lies the UK-EU relationship’s uncertain future once the transition period ends on 31 December.

In the meantime, the UK will still belong to the Customs Union and the Single Market. The country will have guaranteed access to the financial services sector, and no direct economic impact will be felt.

As Aarti Sakhuja, an analyst at the S&P rating agency, explained: “despite the political wrangling, this was only the easy part over the last three years”. It is now, in the talks between London and Brussels, that the future will be played out.

According to S&P, there is a clear contradiction between the interest of both sides in avoiding a fracture of the financial markets and the British government’s stated desire to be able to freely negotiate trade agreements with third countries.

The rating agency warned that the further the UK moves away from EU regulations, the more expensive trading with the EU will become for the UK financial sector. 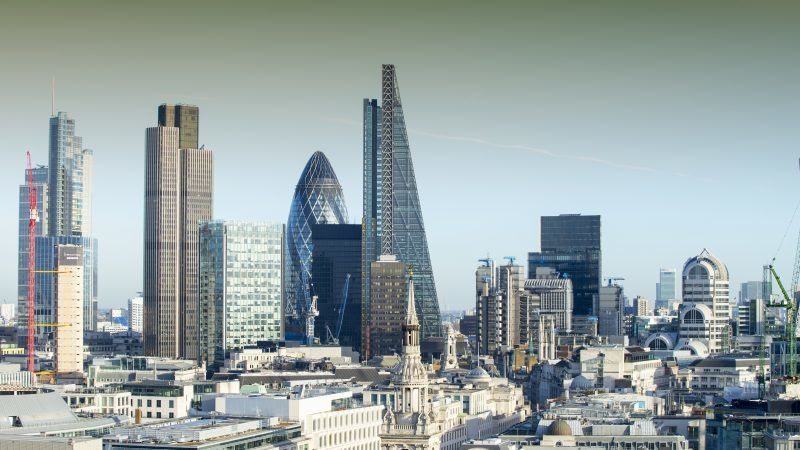