Poll: Only 1% of British bosses want UK to leave the EU 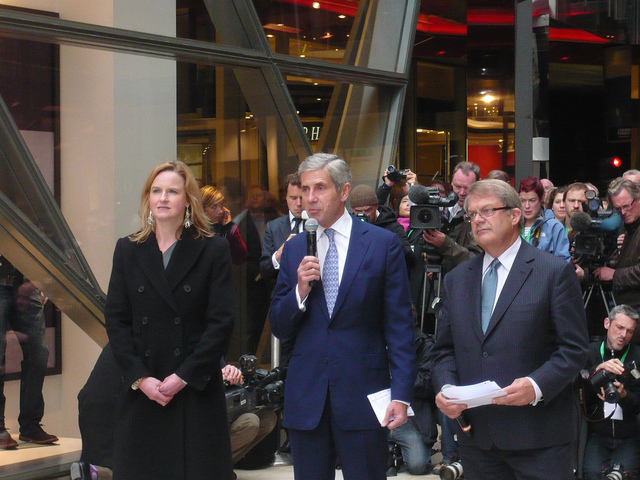 Virtually no UK boardroom-level bosses think it would be a good idea for the country to leave the European Union.

A poll by research firm Ipsos-Mori, found just 1% of those surveyed wanted a British exit, or ‘Brexit’, compared to 45% who were happy to continue the current arrangement. Another 45%  favoured seeking reform of the relationship.

The poll said free trade with other EU countries was seen as the biggest benefit of the union. One-in-three said freedom of movement across borders makes recruitment easier.

The ease of cross-border trading was seen as the biggest advantage to the UK’s EU membership (46%), followed closely by access to EU customers (41%) and being part of the single market (40%).

One in three said recruitment was made easier for them by the lack of visa restrictions for EU nationals.

The volume of regulations (52%) and changes to those regulations (55%) were seen as the biggest disadvantages to membership. In fact, 79% said the level regulation, both from the EU and UK, was harmful to the UK economy.

Just under half (46%) cited the EU’s economic outlook as a concern for their business.

The most requested improvement in regards to the regulatory burden is for employment legislation to be simplified (24%), although this is not an EU competence. Other suggestions include more harmonisation between UK and EU regulations (11%), reducing general levels of regulation (8%) and reducing tax regulation (7%).

The EU is looked upon more favourably by business leaders than the UK public, of which 17% want to leave the EU, according to the poll. Although only 5% of business leaders want closer ties with the EU,  the same poll found 14% of the public back closer integration with the EU.

Last month, the president of Goldman Sachs said that the UK “must” stay in the EU, and this week Sir Stuart Rose, the Chairman of Ocado who led Marks and Spencer’s for seven years said it would be “wrong” for the UK to leave the European Union.

“Fundamentally for the UK I think it would be wrong for us to come out of the EU […] but it’s perfectly legitimate, which I think is possibly happening, to renegotiate some of the terms,” Rose told a panel debate at the MetaPack Delivery Conference. “Would I be unhappy if we came out? Yes. Do I think it would be bad for Britain? Yes.”

All the main UK political parties now support a referendum in some shape or form.

0 responses to “Poll: Only 1% of British bosses want UK to leave the EU”