Poll: Support for UKIP lowest in over a year 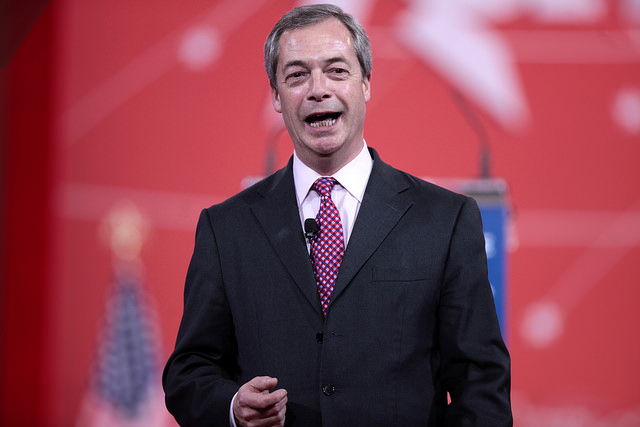 The populist UK Independence Party has fallen to its lowest level in opinion polls in more than a year, ahead of a close-fought 7 May national election, survey results showed on Wednesday (25 March), after a spate of scandals involving its candidates.

The ComRes phone poll found only 10 percent of those questioned planned to back UKIP, down from a peak of 19 percent in October last year and the lowest in the polling series since December 2013.

UKIP, which threatens to split the right-wing vote making it harder for Prime Minister David Cameron to win, is keen to limit damage to its image before the election where it is hoping to win a handful of seats. It hopes to be able to exert pressure on the next government to take Britain out of the European Union.

UKIP, which also wants to curb immigration, suspended two of its candidates last week, one of whom has now been expelled from the party after a disciplinary meeting into allegations her chief of staff asked for an inflated restaurant bill to put on expenses.

On Tuesday, a third candidate told the BBC he was quitting the party as he was disillusioned with its “racist jibes” after a UKIP member of the European Parliament compared a Scottish government minister to radical London cleric Abu Hamza.

The ComRes poll put support for Cameron’s Conservatives at 35 percent, neck-and-neck with the opposition Labour Party. That was the highest combined vote share for the two parties since September 2013, it said.

The poll surveyed 1,001 adults and was carried out between March 20 and March 22.

0 responses to “Poll: Support for UKIP lowest in over a year”