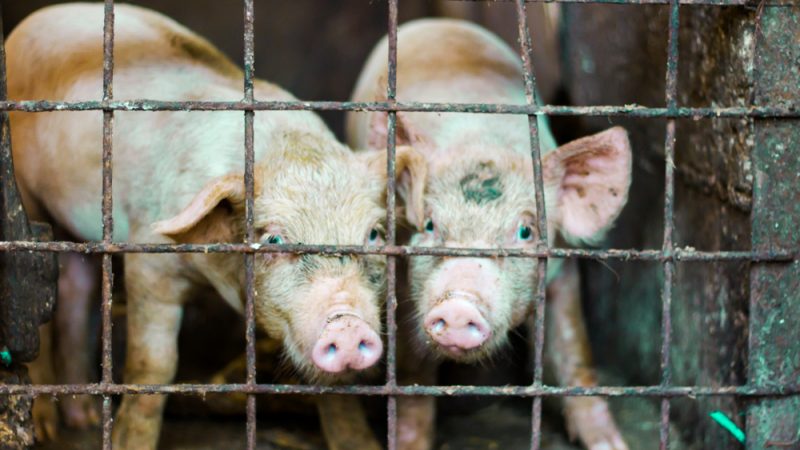 Labour shortages, caused by Brexit and accentuated by the COVID pandemic, have badly affected businesses across the food and farming sector, and could cause ‘permanent’ damage, UK lawmakers stated in a report published on Wednesday. [Shutterstock/Vicente Garces Custode]

Labour shortages caused by Brexit and accentuated by the COVID pandemic have badly affected businesses across the food and farming sector and could cause ‘permanent’ damage, UK lawmakers stated in a report published on Wednesday (6 April).

“If not resolved swiftly, they threaten to shrink the sector permanently with a chain reaction of wage rises and price increases reducing competitiveness, leading to food production being exported abroad and increased imports,” said MPs on the UK parliament’s environment, food and rural affairs committee.

They added that the government had requests for help from the farming sector and that “labour shortages took a toll on food security, the welfare of animals and the mental health of those who work in the industry”.

MPs were also “frustrated by the reluctance of government to engage with the industry over labour shortages,” adding that “despite valiant attempts by the industry, ministers failed to understand the issues and even sought to pass the blame onto the sector.”

The report found that a shortage of butchers meant that 35,000 pigs had to be culled because they could not be processed, while a total of 150,000 animals could not be slaughtered as planned, incurring further costs.

“In 2021, farmers faced an extraordinary situation – crops were left to rot in the fields, and healthy pigs were culled due to a lack of workers,” said Neil Parish, the Conservative MP who chairs the committee.

The committee heard evidence that sizeable proportions of fruit, vegetables and flower crops were left unpicked because insufficient workers were available.

The government’s changes to immigration requirements, introducing a points-based system and a high minimum income requirement have also hurt the farming sector. European seasonal agricultural labourers now need to apply for a work scheme to come to the UK, prompting a significant drop in agricultural workers. The report calls for a review of the Skilled Workers Visa scheme.

Parish, a former MEP who is a farmer, added that ministers “must use the powers available – including over immigration policy – to support the sector. Otherwise, we will export our food production and import more of our food.”

Although Brexit campaigners had argued that leaving the EU and its Common Agricultural Policy would allow the UK to tailor financial support for the needs of its farming community and potentially lead to more food self-sufficiency, the UK currently imports just under 50% of all food.

The UK farming sector has been one of the primary victims of Brexit in the UK’s first year outside the single market, and the combination of price rises and supply chain shortages is set to be exacerbated by Russia’s invasion of Ukraine, which has already prompted increases in the cost of animal feed.

The National Farmers’ Union has also complained that its livestock farmers, particularly in the lamb and beef sectors, risk being undercut by imports from Australia and New Zealand under the terms of new trade agreements.