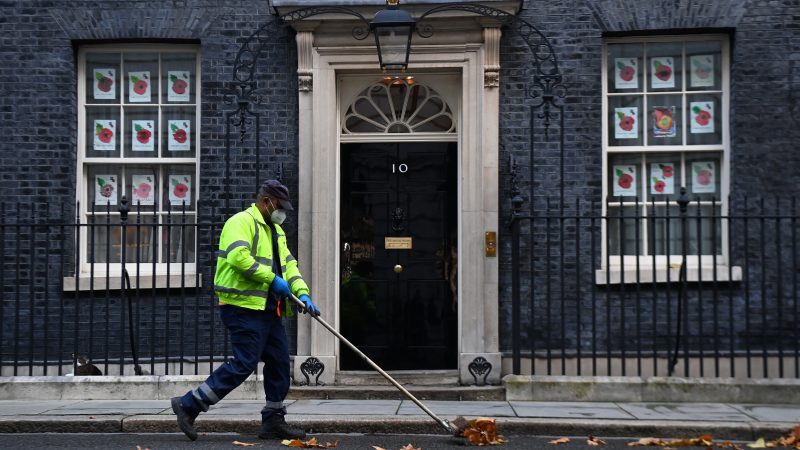 Britain left the European Union in January, but the full economic effect of the bitter divorce will be felt at the end of the year when an 11-month transition period closes. [EPA-EFE/ANDY RAIN]

British and EU negotiators launched a desperate final stretch of trade talks Sunday (15 November), with both sides determined not to give ground, despite the looming threat of failure.

Britain’s David Frost returned to meet his EU counterpart Michel Barnier after a shake-up in Number 10 personnel left some wondering if the London might soften its stance.

But there was no sign of that in the message that Prime Minister Boris Johnson’s envoy tweeted as he headed back to Brussels.

“We are working to get a deal, but the only one that’s possible is one that is compatible with our sovereignty and takes back control of our laws, our trade, and our waters,” Frost said.

“That has been our consistent position from the start and I will not be changing it.”

On Friday, Johnson’s senior aide Dominic Cummings – one of the architects of the “leave” victory in the 2016 Brexit referendum – was sacked, amid faction fighting in Number 10, but there has been no sign this will change the direction of trade talks.

Britain left the European Union in January, but the full economic effect of the bitter divorce will be felt at the end of the year when an 11-month transition period closes.

Relations between Britain and Europe could then be governed by a trade deal, but only if negotiations currently under way deliver, which is hardly guaranteed given still wide divergences.

Frost said the parties now “largely have common draft treaty texts, though significant elements are of course not yet agreed. We will work to build on these and get an overall agreement if we can.

“But we may not succeed,” he warned. 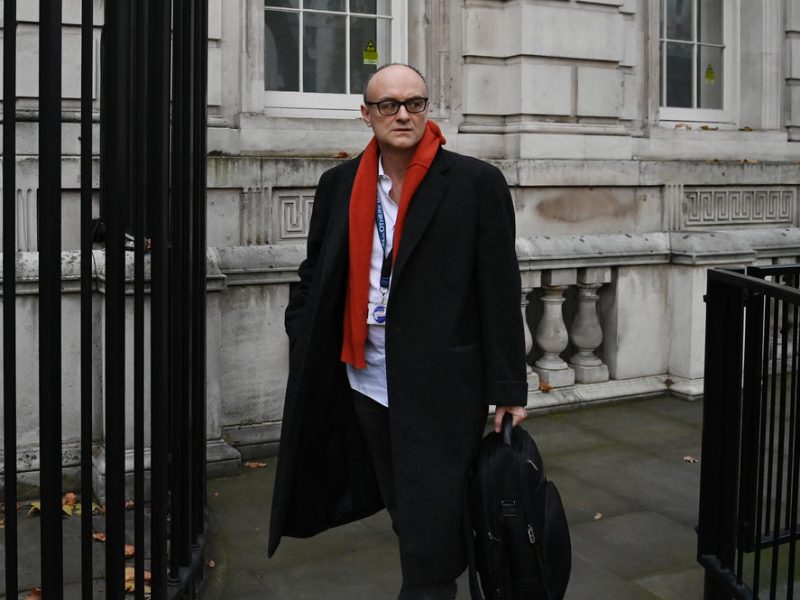 ‘Chaos’ at the heart of Boris Johnson’s government could present another barrier to agreement on an EU-UK trade deal, a senior EU political leader has warned.

Officials on both sides of the Channel are looking to an EU leaders video summit on Thursday as the de facto last chance for a breakthrough, leaving just enough time for the EU Parliament to ratify an agreement.

This gives Barnier and Frost four days and nights to bridge differences that have remained unchanged since March.

“Logic and reason would all point to a deal,” said one EU diplomat with a close eye on the talks.

“But if anything became clear in the past three years, when it comes to Brexit, economic rationale and pure logic are not enough to explain what’s happening,” the diplomat said.

Failure would see Britain’s ties with the European economy governed by WTO rules, slapping high tariffs, quotas and other impediments to cross-Channel trade that flowed unencumbered for decades.

Today’s British economy, the sixth biggest in the world, was built on EU membership, with the London financial hub and a tapestry of car plants and multinationals enjoying access to the EU’s 450 million consumers and complex supply chains.

Given the danger, British big business implored the government to find middle ground and replicate the benefits of membership as closely as possible, even if this came with the condition that the UK align closely with EU rules.

But, when the pro-Brexit Johnson became prime minister last year, London went the other way, asking for a zero-tariff deal on goods and services that must, he insisted, leave the country sovereign to make its own decisions.

With positions starkly apart, the talks became bogged down on three core issues.

Fishing has been the least economically significant but most politically explosive issue, with Europe eager to keep open access to the UK’s bountiful waters.

Fishermen in France, Belgium, Denmark and the Netherlands have trawled British waters for centuries, but London wants access rethought to satisfy Britain’s coastal communities, which voted strongly for Brexit. 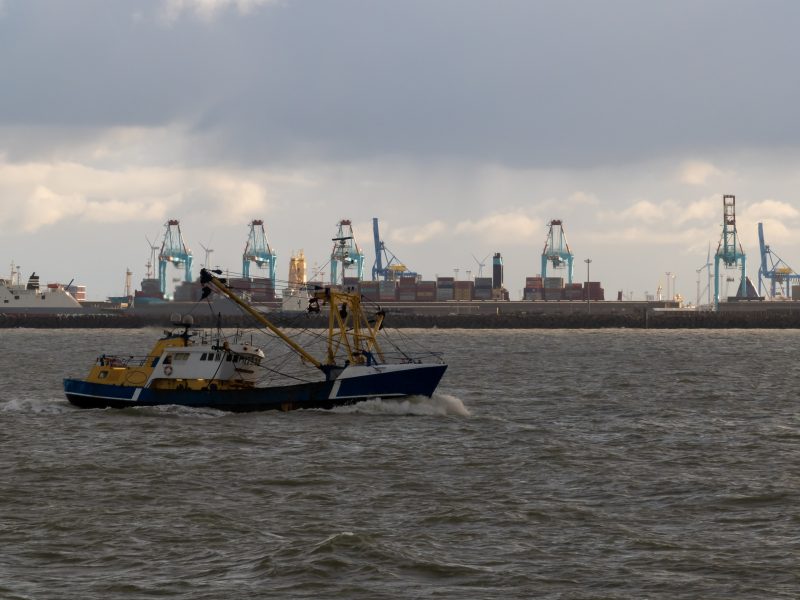 Britain’s departure from the European single market will disrupt many long-standing economic relationships and could yet devastate one of the oldest – the Belgian fishing fleet’s work in UK waters.

The other obstacle is the lack of faith among the Europeans that once outside the EU single market Britain will play fair in terms of competition rules, even with a deal.

This view sharpened when Johnson’s government introduced a bill in parliament that effectively ripped up the terms of the divorce pact, potentially in violation of international law.

Under the trade deal, will British companies enjoy easier rules on the environment or food safety only to sell their goods cheaply in the EU, where their rivals must abide by stricter measures?

Seeking to maintain what it calls a “level playing field”, the EU is demanding that Britain make a commitment to not backtrack on standards as well as to cooperate on how these evolve in the future.

The EU is also worried about how Britain will subsidise companies. Too much taxpayer largesse could prove unfair towards firms in Europe, where state aid oversight is strict.

To solve those problems, the EU is insisting that the deal hold some sort of emergency mechanism, that could swiftly inflict penalties if either side breaks the terms.

“Either the British accept and we then move on to difficult negotiations on fisheries, or they refuse, and we will then be out of time and the negotiations fail,” a senior European diplomat warned. 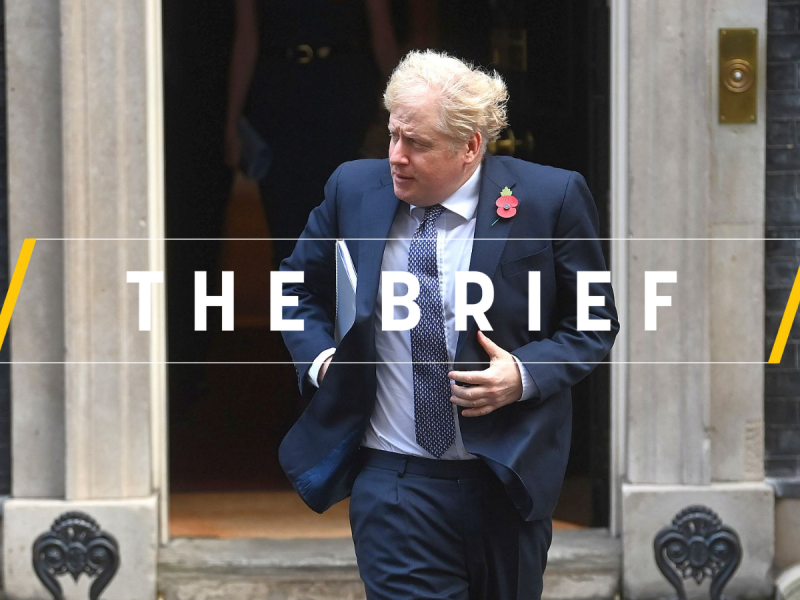