Michel Barnier told MEPs on Tuesday (26 November) that the UK would have to agree to maintain a ‘level playing field’ and not undercut EU regulation to secure a trade agreement. [EPA-EFE/OLIVIER HOSLET]

The British pound had a tumultuous session on Thursday (17 October) as a draft Brexit deal between London and Brussels sparked both hope and skepticism in a volatile forex market.

Sterling soared to within a whisker of $1.30, striking five-month peaks, when news flashed across traders’ screens that the European Union had reached a draft Brexit withdrawal deal with London.

The pound held on to most of those gains for a while, absorbing a bout of profit-taking, but then the currency plunged into negative territory when it dawned on investors that there was no guarantee of UK parliamentary backing for the agreement.

“After the initial relief that the UK government and EU have done a deal, markets are worried that it still does not have enough support to get through parliament on Saturday,” independent economist Julian Jessop told AFP.

By the end of the European business day, the pound was pretty much back to where it started. It strengthened modestly after that.

Wall Street also finished higher, with analysts citing the Brexit deal despite opposition from key lawmakers that threaten its prospects. 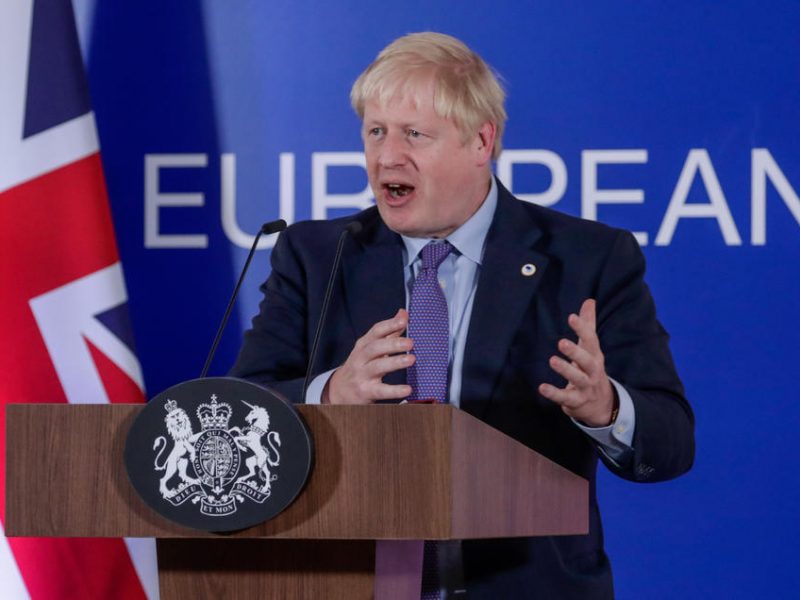 Boris Johnson got his Brexit deal in Brussels on Thursday (17 October), but this appears to have been the easy part. Now he has to sell it at home.

‘Still chance of no deal’

It is unclear how many of Prime Minister Boris Johnson’s Conservative MPs will back the deal when he brings it to lawmakers for approval Saturday, and whether the opposition will try to vote it down or attempt to force a fresh referendum.

“There is still a chance for a no-deal Brexit – although the more likely scenario would be for the Prime Minister to follow the law and request the EU for a Brexit deadline extension, which then opens up more uncertainty,” said Fawad Razaqzada at Forex.com.

A pre-emptive DUP announcement to the same effect issued ahead of the draft deal had already weighed on sterling, before news from Brussels gave the currency wings.

“The Brexit agreement dream has been shattered by the DUP, after reports have surfaced claiming they are still unwilling to back Johnson and his EU divorce agreement,” said Sebastien Clements, a currency analyst at OFX.

While the pound stabilised late in the session, “all it takes is a leak from Westminster to restart the market chaos”, he said. 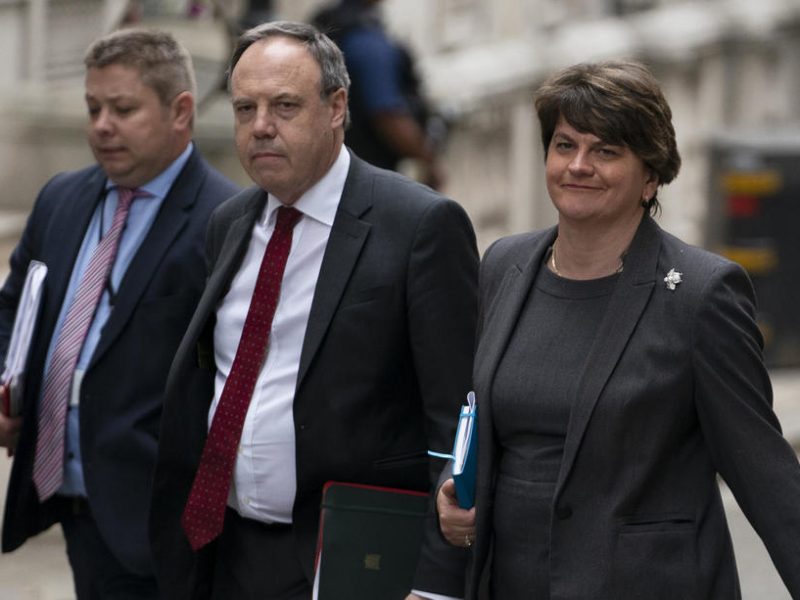 Northern Ireland’s Democratic Unionist Party announced Thursday it cannot support Boris Johnson’s Brexit plan due to concerns over ‘customs’ and ‘VAT’ issues, in a major blow to British Prime Minister Boris Johnson just hours before he is due to appear in Brussels for last-ditch talks on a Brexit agreement.

Even Wall Street likes it

The London stock market, which usually moves in the opposite direction from sterling, enjoyed a small rise Thursday, becoming the day’s star performer in otherwise lacklustre European equity trading.

Wall Street also pushed higher, aided by strong earnings from Netflix and some other companies, and by optimism over Brexit.

Alan Skrainka of Cornerstone Wealth Management acknowledged there were doubts about the deal’s prospects but said “this is really the first tangible sign of progress we’ve had in some time.”