Pro-European sentiment on the rise in Europe 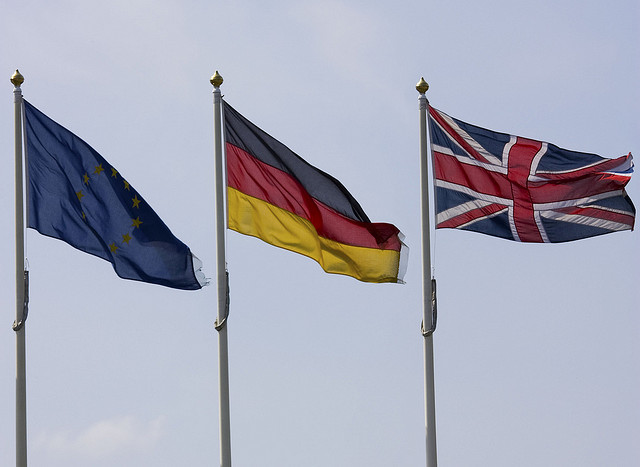 Opinion towards the EU's economic situation improve in the UK and Germany. [Marcmo/Flickr]

Pro-European sentiment is on the rise in the seven main European nations, but frustrations with Brussels remain intense on the eve of the European elections.

The American Pew Research Centre has published a study on Europeans’ attitudes towards the EU. Perhaps the most surprising part of the study is that there has been an increase in pro-European feeling between 2013 and 2014.

In France, support for the European project increased from 41% in 2013 to 54% in 2014. This is an unexpected result given the increasing popularity of eurosceptic parties in recent opinion polls.

In the United Kingdom, where the political debate has focused on whether Britain should leave the EU, sentiment is equally positive, with the Pew Centre speaking of a “turnaround”.

“An improved economic outlook may have bolstered support for the European project: 52% of the British public now has a positive view of the European Union.” 54% of British people also believe that European integration “has strengthened the economy”, up from 26% in 2013.

The study focuses on seven EU member states (Italy, Greece, Germany, France, the UK, Spain and Poland). It emphasised the strong relationship between European citizens and the ideology of the European project.

Even in Greece, where people have been very critical of the EU, 59% of people believe that the EU is a world power. However, 85% of Greek people also think that the EU does not understand its citizens and 70% describe it as inefficient, compared to 50% in France.

On average, more than half (52%) of those from the seven countries believe that the EU is good, compared to just 46% one year ago.

On the eve of the European elections, many Europeans believe that their vote will count at a European level. Despite this, only 29% of those questioned feel that their voices are being heard in Brussels.

Frustrations with Europe are more common among those right of the political spectrum in the UK, Italy, Poland and Germany. However, in Italy and Greece, the strongest anti-Europe sentiments come from sympathisers of the left.

European Parliamentary parties and many others have pushed for these parties to nominate their front-runners in the election campaigns. This would make the European elections a de facto race for the Commission president seat, would politicise the campaigns and could increase voter turnout, they say.

Other politicians believe that choosing a top candidate is not the ideal solution. Van Rompuy has called for caution numerous times as the European Council could choose a different candidate from the party that wins.

>> Read more in our LinksDossier

0 responses to “Pro-European sentiment on the rise in Europe”