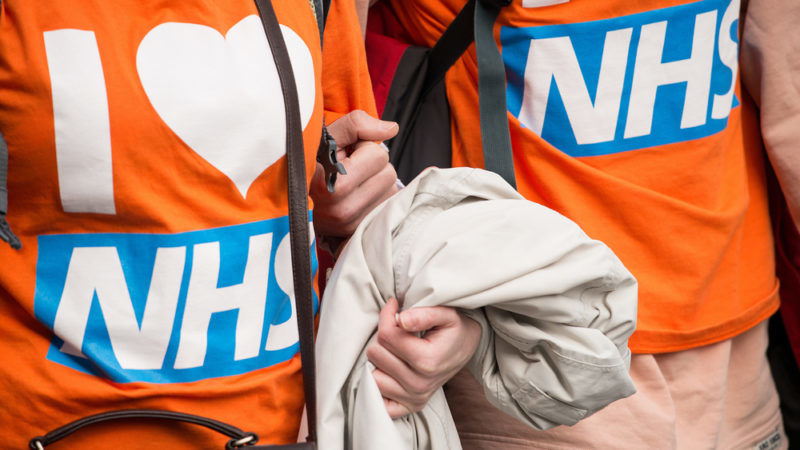 The UK’s National Health Service (NHS) is emblematic of the challenges faced by Britain’s public sector as it tries to adapt to life after Brexit.

Some 60,000 EU nationals make up around 5% of all NHS staff. They account for 10% of all registered doctors and 4% of nurses, as well as performing thousands of support jobs.

But up to two-thirds are worried about their careers in the UK once the country leaves the EU and some 42% told the British Medical Association (BMA) in a recent survey that they are already thinking of leaving the country.

According to recent figures, 17,197 EU nationals quit the NHS in 2016, a 30% increase on the previous year. Some NHS trusts have reported year-on-year increases of up to 100%.

The BMA blames the government’s refusal to offer guarantees on the future status of EU citizens, for fear this will weaken its hand in negotiations with Brussels. Other reasons cited by staff include the weaker pound and an atmosphere that is more hostile to foreigners.

According to data from the UK’s Nursing and Midwifery Council (NMC), the number of EU-trained nurses registering in the UK for the first time fell steadily throughout 2016. Over the four months from September to December last year, new inscriptions numbered just 204, four times fewer than in the same period a year earlier.

Meanwhile, the number of nurses being trained in the UK has also been falling in recent years, as part of the government’s public spending cuts. But the Royal College of Nursing estimates that around 24,000 nursing jobs are currently unfilled in the NHS, leaving hospitals to make up the shortfall with expensive agency staff and foreign recruitment drives.

The bill for training the EU nationals who work in the NHS is picked up, naturally, by the country that trains them. So as the UK becomes a less attractive destination for foreign workers, these are costs it will have to shoulder itself.

Besides its effect on public services, Brexit will cause the UK to lose influence over financial and pharmaceutical regulation, as it forfeits the right to host the EU’s regulatory bodies.

The European Medicines Agency (EMA), which is responsible for the safety and quality of all medicines on the market in the EU, employs around 900 staff in Britain and has a budget of more than €322 million for 2017.

The much smaller but equally powerful European Banking Authority (EBA) was established at the height of the financial crisis in 2011 to “safeguard the integrity, efficiency and orderly functioning of the EU banking sector”. It has around 160 employees in the City of London.

Britain has said it will fight to keep the agencies during the divorce talks. But European Commission spokesman Margaritis Schinas told reporters on 19 April that the relocation of the agencies was “not part of the Brexit negotiations but rather a consequence of Brexit”.

“The United Kingdom is leaving the European Union and it will have no say in the location of EU agencies,” he added.

The upcoming negotiations will determine what happens to British EU officials already employed by the institutions.

The Commission counts over 1,000 Brits among its ranks, some 3.4% of the total staff, and there are hundreds more on the payroll of the Council, Parliament and in other authorities. The vast majority of these work in the institutions’ headquarters in Brussels but the European Parliament and Commission each have small representations in the UK.

“Nobody knows for sure but we assume our UK offices will close,” a Parliament source told euractiv.com. The Parliament employs 15 people in the UK and the Commission, 54.

“But there are two issues here,” the source added. “One is the closure of the offices and the other is the potential loss of jobs. Not all of the people that work in our UK offices are British citizens, so they can easily be relocated. No-one knows what will happen but the feeling is that jobs are not at risk.”

In the aftermath of the referendum, the presidents of the two institutions, Jean-Claude Juncker and Martin Schulz, offered assurances that the EU’s British civil servants would be retained after Brexit.

EU sources have revealed that British officials from all the institutions have been attempting to secure a second citizenship, just to be sure.

Those staff could take small comfort from the fact that several Norwegian and Icelandic officials are also employed by the EU after they were hired to help their home countries prepare to join the bloc. Norway and Iceland’s membership bids ultimately petered out in 1994 and 2015, respectively.

Rank-and-file officials could stay on after Brexit but it is likely that higher ranking members in political roles will be “retired in the interests of the service” under Article 50 of the EU’s staff regulations.

Those rules stipulate that officials can be retired at the discretion of the appointing authority and subsequently receive a large percentage of their basic salary as a pension.

EU staff of the future

The EU’s competitive recruitment process is also changing. Currently, the rules of the European Personnel Selection Office (EPSO) are clear that potential recruits must be a “citizen of a member state of the European Union”. By April 2019, British citizens will not fulfil that all-important requirement.

The role of English in the recruitment process is already shifting. Previously, candidates would have to nominate one of the working languages of the EU (English, French or German) as their second language. EPSO would then assess them in that language.

But following court cases brought by the Italian and Spanish governments, which saw EPSO cancel some of its administrator competitions, the recruitment office is now offering candidates the chance to pick whatever language they want from the list of 24 official languages. 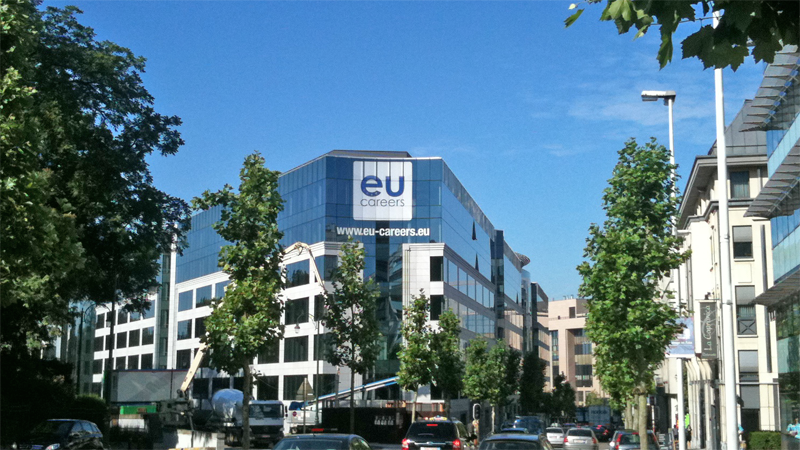 The UK’s vote to leave immediately raised the question about English’s status as an official language of the European Union, as well as its position among one of the bloc’s three working languages.

In June 2016, shortly after the UK voted to leave, the European Commission’s representation in Ireland dismissed a claim by a Polish MEP that English would no longer be an official language of the EU.

The authority pointed out that changes to the bloc’s language regime require a unanimous Council decision.

English has also become the de facto lingua franca of the European Union ever since the ‘big enlargement’ of 2004 when 10 countries joined the bloc. Most of those new member states speak English as a second tongue.

Removing English as either an official or a working language would be unfeasible, as English now acts as a natural relay language between the Union’s diverse linguistic branches.