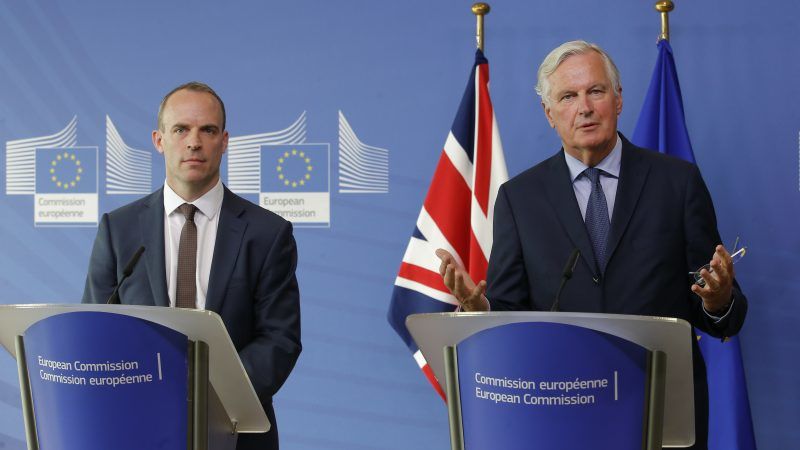 British Government Brexit secretary Dominic Raab (L) and EU's chief Brexit negotiator Michel Barnier give a press conference at the end of a round of talks in Brexit negotiations at the European Commission in Brussels, Belgium, 21 August 2018. [EPA-EFE/OLIVIER HOSLET]

The announcement came amid talks in Brussels between Raab and his EU counterpart Michel Barnier. “We are committed to resolving a deal by the October council summit,” Raab said.

However, he declined to give odds on the likelihood of concluding a deal by this time.

Pushed on whether he thought October was a realistic deadline to reach a deal, Barnier added: ‘I’m determined, we’re going to find an agreement for an orderly withdrawal which is much better than the opposite and Dominic and I think it’s possible to reach that agreement in October.’

Raab cited progress in a number of negotiating areas such as data protection and the future relationship but highlighted the fact that this week’s talks have centred mainly around the security association that the UK and the EU will share. “We want to maintain as much cooperation as is possible,” Raab said. “Europe’s security is the UK’s security.”

In terms of the prickly issue of the Irish border, Barnier sent out a clear warning to the UK. “We must have a detailed backstop solution which is legally operational in the backstop agreement. It’s a matter of some urgency,” he said.

“I’ve asked Dominic and his team to give us a certain amount of data which is necessary: where and how the necessary controls take place. This backstop is critical. With no backstop, there will be no agreement.”

The announcements come as Barnier returns to Brussels after to trip to Berlin in which he sat down with German Foreign Minister Heiko Maas and discussed a post-Brexit partnership between the UK and the EU. 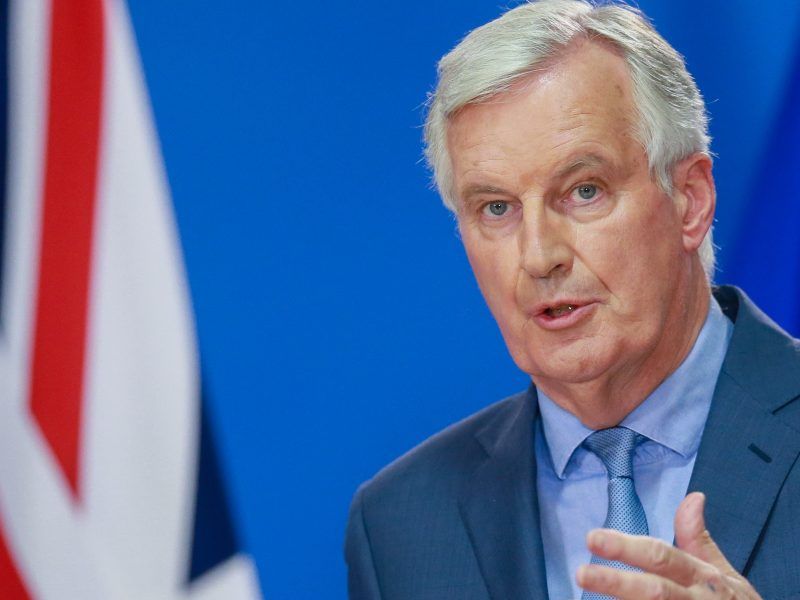 The EU is willing to strike an “ambitious” deal with post-Brexit Britain far beyond any agreements the bloc has made with other countries in the past, the European Union’s top negotiator reiterated Wednesday (29 August).

Barnier made clear that the EU would not consider a compromise of its four pillars of the single market – the free movement of people, goods, services and capital – in order to accommodate a new relationship with the UK as part of a potential Brexit deal.

The Irish border is the most pressing of issues still left to be tied up. Other areas include geographical indications (how the UK can maintain standards and protections on regional products), judicial matters, and how the data profiles of EU citizens will be stored in the UK.

Talks are ongoing, with the subject of Brexit likely to be a particular talking point at a n informal meeting of EU leaders in Salzburg on September 20.