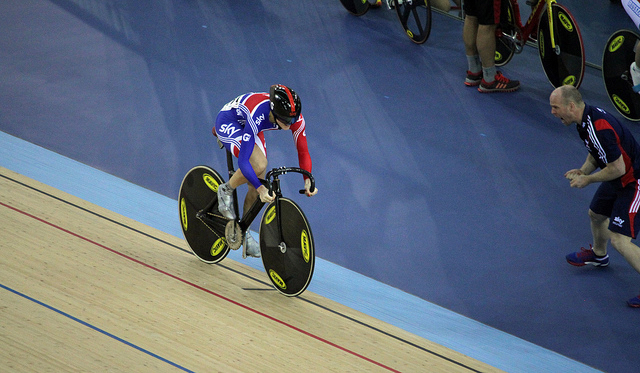 Twenty years after a stinging Olympic failure, the UK has risen from the ashes to become a sporting “superpower” typified by the exploits of cycling lovebirds Jason Kenny and Laura Trott.

Kenny won three golds in Rio to take his career total to six. His partner Trott won two to double her total from two Olympics.

Rival nations have been left confounded by Team GB’s cool performance with 27 golds out of 67 won in Rio which gave them second place in the medals table behind the United States.

#GBR have clinched 2nd in the #Olympics medal table.

But rather than revolutionary coaching or technology, it is the National Lottery Fund and good old taxpayer’s cash that has paid off handsomely.

The government and lottery fund has spent hundreds of millions of pounds on sporting success in the past two decades. And it has paid off.

It was “spectacular” to be ahead of China in the rankings thanks to the likes of distance runner Mo Farah, Andy Murray in tennis, Justin Rose in golf, boxer Nicola Adams, Trott and Kenny, Max Whitlock and Britain’s first ever women’s hockey champions.

UK Sport chairman Rod Carr, a British yachting coach at three Olympics, sees the origin of today’s success in a failure at the 1996 Games in Atlanta when he was team manager. Britain won a single gold.

“The reality was at the time of Atlanta John Major (prime minister at the time) was kicking the whole lottery act through parliament and we were doing the best we could,” Carr told AFP in an interview.

“However, a year later I could see that we had a basis for building success. We (yachting) had to write a plan for the future so I remember sweating over that.

“We got two silvers in Atlanta and some top 10 results and in Sydney we got three golds and two silvers.

“We massively improved over that period and other sports did as well.”

According to British media estimates, the government spent just £5m ($7 million) per year funding Olympic sport before the 1996 Atlanta Games.

That increased to more than £50 million in the four years before the 2000 Games where Britain won 28 medals. Before London 2012 it was spending more than £80 million a year and Team GB won 65 medals and came third in the table.

Carr said some of the success in Rio “is down to the legacy of the London Games”.

He said Major deserved a lot of the credit for the revolution.

“Well in the late 90s it would have been a bit of an act of faith, but by the early 2000s it was pretty obvious there was a linear relationship between medals and funding.”

The benefit extends beyond sport.

Team GB has become “a major unifying factor” after the political storm caused by Britain’s vote to leave the European Union, Carr said.

“It can lift the national mood and you can see that from reading the press coverage.”

The debate around Britain’s excellent ranking in the medal league was somewhat distracted by a controversy around the EU’s position.

German PR firm Euro Informationen generated a virtual tally of medals, grouping all 28 EU member countries – including Britain. The EU came out firmly on top of this virtual ranking with a total of 325 medals, well ahead of the United States (120 medals), and China, (70).

Jaume Duch, spokesperson for the European Parliament, Tweeted that this was “a crystal-clear example of what a more united EU would mean in all kind of fields”, including sport.

This got eurosceptics mad with fury.

“Shameless EU puts itself TOP of the Olympics table – and REMOVES Great Britain completely,” was the headline of the Express.