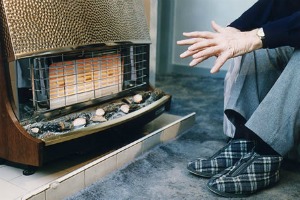 Energy switching involves auctioning off monopoly energy provision rights for communities, and has already led to average energy savings of €250 per customer in Belgium, its advocates say.

Additionally, only 100% green electricity contracts from EU-recognised renewable energy sources have been used in the Belgian scheme, making it attractive from an environmental viewpoint.

Scottish politicians have decided to get inspiration form the Belgian model by convening a roundtable on 28 June.

The stated objective is to reduce energy bills for communities.

“Around 35% of households suffer from fuel poverty in Dundee, but even people who’re not in poverty and have good jobs are struggling to pay their bills.”

The Dundee Summit will be the first attempt to apply ‘energy switching’ in the UK since the consumer group Which? signed up 300,000 people to the first such British scheme, only to face criticisms that their deals might not have been the best available.

But the need to find ways of lowering fuel bills for those in dire need is clear.

The UK has led the way in defining ‘fuel poverty’ in Europe as the expenditure of 10% of income on home heating. But the European Federation of Public Services Unions still predicts a 40% increase in UK fuel poverty by 2016, affecting 9.1 million people.

Although figures for 2010 show that the number of households in fuel poverty fell by 750,000, average bills have risen by €185 since then, enough to push another 400,000 people into fuel poverty.

Prices were again increasing in 2011 and for every 5% rise in fuel prices, an estimated 46,000 more households in Scotland become fuel poor.

Marra said that she expected a high acceptance of energy switching from communities.

The Scottish roundtable will examine the “nuts and bolts” needed for an intermediary body to begin the process of signing up 10,000 energy customers – the number needed before a collective contract can be opened up for bids.

“If we can make it work for council or housing association tenants, we can extend it on a city-wide basis,” she explained. “That’s the ambition.”

“This will very much be a conceptual discussion, leading to a replication of the Belgian experience, if that is possible,” he told EURACTIV.

An interim report presented to the Scottish Parliament was already embracing collective purchasing and energy switching as “a potential opportunity,” he believed.

Energy price switching began in Belgium in 2008 with an experiment involving heating oil, subsequently applied to the province of Antwerp through the Belgian Labour Party.

A winning tariff is selected at the end of a live internet energy utilities auction, and is then sent out to consumers who can choose whether to accept it or not.

“It’s a good way for energy utilities to find new customers,” said Filip Vissers of iChoosr, the platform which organises energy switching in Belgium. “The energy companies bid hard to seal the deal so sometimes they even go under the [social] tariff.”

Five Belgian provinces now use gas and electricity collective purchasing schemes, and with the scheme’s spread to the Netherlands, some 850,000 people are now signed up to them.

“It’s a complex market,” Vissers said, but the fuel poverty issue has many complexities.

A question of definition

But a spokeswoman at the energy department of the European Commission did not know when or if this might be forthcoming.

In a revision of the EU's directive on the energy efficiency of buildings, an amendment proposing a similar fuel poverty definition to the UK’s was proposed, dubbing it a “situation in which a household has to spend more than one tenth of its income to pay bills to heat its dwelling to an acceptable standard, based on levels recommended by the WHO.” WHO is the World Health Organisation.

But the issue is more complicated than that, according to groups such as the European Partnership for Energy and the Environment (EPEE), because fuel poverty is a “multifaceted phenomenon” reflecting a depth and variety of conditions.

An EPEE study found that in Spain, the number of households suffering fuel poverty “can vary by a factor of five” when qualitative criteria – such as dampness, capacity to pay, arrears – are chosen, rather than a 10% of income figure.

Nonetheless their report accepted that low-income tenants were most affected by fuel poverty.

Industries and private households are in theory able to freely choose their energy supplier following the entry into force of EU directives in 2004 and 2007, but energy consumers continue to complain about high prices and a lack of supplier choice.

Partially in response to these concerns, the Commission on 5 July 2007 launched a new initiative for a European Charter on the Rights of Energy Consumers.

The charter, which is non-binding but compiles existing EU energy consumer rights in a single text, was criticised by the European Consumers' Organisation (BEUC) for lacking teeth. Consumer issues are also addressed in the Commission's 'third package' of proposals to liberalise the energy sector.