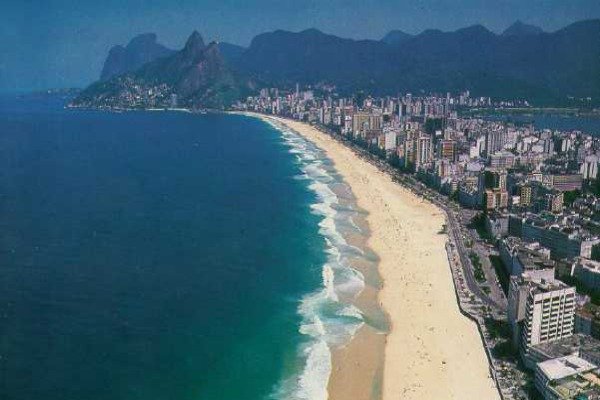 Special commercial embassies in Brazil and other fast-growing economies, easier terms for banking credit, and new investment funds designed to assist innovative businesses are likely to be touted in a European Commission action plan due later this year.

Drafts of the plan for SMEs' access to finance will be circulated next month with a view to final publication in December, EURACTIV has learned.

The plan is a joint initiative of Michel Barnier and Antonio Tajani, commissioners for the internal market and enterprise respectively.

The main thrust of the action plan will involve the introduction of a long-touted initiative to facilitate venture capital for SMEs across Europe.

This is a priority since it is one of the key actions of the Commission's Single Market Act, but the exact form such a new fund will take will be hotly debated.

It is likely to leverage existing EU funds through the European Investment Fund, but is also likely to propose the introduction of a new model of smaller funds.

The idea is to mimic US-style funds which are capable of taking a longer-term, more strategic view of company potential, such as US university endowment schemes.

Controversial elements remain on the tax status of the fund's investments and the extent to which private venture capital could be involved in their establishment.

Gerhard Huemer, the director for economic and fiscal policy at the European Association of Craft, Small and Medium-sized Enterprises (UEAPME), said: "If you are a private investor in Germany investing into a French fund which invests in an SME whose dividends are paid in the UK, for example, the issue of where the tax on the dividends is paid will be tricky."

Ross Butler, the head of communications with the European Venture Capital Association (EVCA) told EURACTIV that the idea will probably take the form of "multiple funds of funds, possibly put out to tender to private managers that would select venture capital funds for investment".

The action paper will also suggest ways that banks can lend money to SMEs without applying the usual stringent criteria of balance-sheet valuation, one of the main reasons why banks frequently refuse SMEs' loan requests.

An EU official close to the negotiations surrounding the action plan told EURACTIV: "The qualitative rating of banks on the basis of balance sheets is a crude mechanism for assessing creditworthiness." He said the action plan would propose different criteria for a more "three-dimensional" assessment of SMEs' bankability.

"What we need is for innovation to be assessed, for example, by examining how many patents the company might have pending but not yet registered," the official said.

SMEs need a place in the sun

The action plan will also push a number of non-financial behavioural ideas, designed to change the way that institutions operate to make them favour the interests of SMEs.

Danish MEP Bendt Bendtsen, who chairs the SME circle at the centre-right European People's Party (EPP), is pushing for a network of simple temporary offices for SMEs located in growing markets such as Brazil and administered by the European External Action Service.

He said making simple offices available to European SMEs for short periods of time would help them to assess cheaply and effectively whether they had a chance of success in those markets.

"We need to help the SMEs into the export markets because growth rates in the BRIC countries remain high," he said.

“The current total leverage volume that we trigger of about €40 billion across Europe is likely to increase over the next few years,” Said European Investment Fund chief executive Richard Pelly, referring to proposals such as the venture capital funds to be proposed in the action plan. “It will do so because I expect the EIF to be mandated by an increasing number of parties to manage resources on their behalf – both on the national level (member states) as well as on the European level (by the  European Commission and EIB),” he added.

“We are also working on further refining the variety of financial products to be able to address market gaps in a targeted way. Thus, the combination of resources, a broad product range and the fact that we are being seen as an institution which can create an important economic stimulus are drivers of a significant increase in activity in the future,” Pelly concluded.

“It is a positive development that the Commission is looking at alternative means of SME financing such as the Business Angels network or venture capital as Basel III will make getting a bank loan even more difficult,” according to Patrick Gibbels, a spokesman for the European Small Business Alliance (ESBA).

Gibbels added: “What ESBA would like to see in the Action plan are more realistic options that can work on short term as well as long, such as loan guarantee schemes and micro-credits. Moreover, apart from creating new ways for SMEs to access finance, the Commission should work towards creating a regulatory environment which allows SMEs to retain more of their profits to invest back into their business, easing the direct need for access to external funding.”

“As far as possible it will be helpful if non-tangible assets such as pending patent applications can be used as collateral, rather than the old-fashioned balance-sheet approach, but the critical issue is that banks must trust SMEs more as a result of the action plan,” according to Gerhard Huemer, the director for economic and fiscal policy at the European Association of Craft, Small and Medium-sized Enterprises (UEAPME)

“There will be no urgent measures, this will be a horizontal action plan, and more urgent measures are included in other instruments for example within the task force for Greece,” according to an EU official close to negotiations surrounding the new action plan.

“Some of the measures within the action plan will be member state level actions and others will be invitations to private stakeholders to change their behaviour,” the official added.

“The action plan had better be concrete, it is time to act,” according to Danish MEP Bendt Bendtsen, who chairs the SME circle at the European People's Party.

He added: “When I was a minister in Denmark I founded incubation offices in Sao Paulo, and other foreign cities in fast-developing economies, where companies could rent a small desk for a few months and survey the terrain for export markets. We did this through the foreign service, and they could do this through the European foreign action service.”

“There have been political motivations to target particular sectors of SMEs at certain stages of development in the market and attempt to benefit these,” according to Ross Butler, the head of communications with the European Venture Capital Association (EVCA).

He added: “We believe that this is not the right way. The funding gap should not be addressed at SME level and top-down schemes will create a distortion in the market. The funding shortage is the result of of a structural deficiency at the level of venture capital managers raising funds from investors, like banks, insurance companies and family offices."

According to Butler: “Venture firms in the US benefit from a community of innovation oriented investors, such as university endowments schemes, with the right profile to invest for the long term. We just do not have those, that’s why we need a new structure and new types of funds that match public money with private investment, and after time the public money will gradually be phased out as the fund model establishes itself in Europe.”

The Small Business Act for Europe (SBA) was originally adopted in June 2008.

The SBA applies to all companies which have fewer than 250 employees. This means 99% of all the businesses in the European Union.

The SBA aims to improve the conditions for entrepreneurship by adapting policies and regulations at both European and national levels.

It is hoped that such changes will encourage the growth and development of small and medium-sized enterprises (SMEs) throughout the EU.

The SBA review (published on 23 February 2011) presented an overview of the progress achieved in implementing the Small Business Act.

At the same time the Commission launched its new Single Market Act, with 12 so-called ‘levers’ for European growth. One of these was access to finance for small businesses, and the key action for that lever is a legislative initiative facilitating access to venture capital across border within the EU.

The action plan will primarily be vehicle for this proposal.