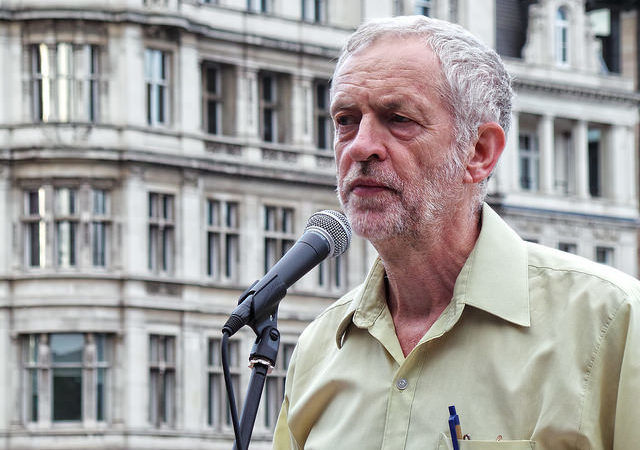 “Regardless of Brexit, Labour is and will remain one of the main actors in the European progressive family,” Gianni Pittella stressed after meeting with Jeremy Corbyn [pictured] in London. [Garry Knight/Flickr]

The Socialists and Democrats (S&D) will cooperate closely with the UK Labour Party in the crucial Brexit negotiations with the aim of protecting the social agenda and opposing Theresa May’s “ultra-hard” strategy.

Gianni Pittella, S&D chief in the European Parliament, met today (24 February) with Labour leader Jeremy Corbyn in London and focused on Brexit as well as the future of Europe.

S&D sources told euractiv.com that for the next two years, “We will provide them with information regarding the negotiations as they cannot rely on the government.”

The Labour Party is worried about Theresa May’s intention of leading a hard Brexit. They believe that fundamental EU values will be directly affected, such as labour rights and climate commitments.

“Regardless of Brexit, Labour is and will remain one of the main actors in the European progressive family,” Pittella stressed after the meeting.

The socialist politician added that the ultra-hard Brexit being pushed by the UK government was “dangerous and would have damaging consequences for both the UK and the EU”.

“We will make sure a hard Brexit is hard for the UK government to get,” the outspoken EU lawmaker emphasised.

Focus on a social agenda

“The European left needs the contribution of the Labour Party to help forge a new common progressive platform,” Gianni Pittella said, adding that there is a common line with Corbyn on a number of topics focused on a growth orientated economy, a social and youth agenda, and a common EU migration policy.

“We agree with Corbyn on a lot of priorities: We have the moral obligation to stand against any plan to detach the UK completely from Europe. We belong to the same family and together we will keep fighting for our common values and principles,” Pittella noted.

The S&D chief has already begun a tour across Europe seeking to promote the “progressive platform”.

After the election of European People’s Party Antonio Tajani as president of the European Parliament, EU socialists decided to turn to the left of the political spectrum and form a coalition with the “progressive” forces.

Guy Verhofstadt’s decision to form an alliance with the European People’s Party (EPP) and back their candidate has triggered strong reactions on the left, while the Socialists and Democrats have promised an “alternative progressive solution”.

Before London, the Italian politician visited Spain and Portugal and has already scheduled visits in Budapest and Athens.

During these visits, the sources emphasised, a bottom-up approach will be followed, meaning that the objective is not only to contact left-wing politicians but also universities and representatives of civil society.