First Minister Nicola Sturgeon in a statement to Scottish parliament said she wants to hold a second referendum on Scottish independence by May 2021. [EPA-EFE/ANDY RAIN]

Scotland’s First Minister Nicola Sturgeon set out her timetable for a second independence referendum by May 2021 on Wednesday (24 April), blaming Brexit chaos for having “exposed a deep democratic deficit at the heart of how Scotland is governed”.

In a speech to the Scottish parliament, Sturgeon promised to propose legislation for a new poll.

“Brexit makes change for Scotland inevitable,” said Sturgeon, adding that “the immediate opportunity we now have is to help stop Brexit for the whole UK – and we should seize that opportunity. But if that cannot be achieved, dealing with the consequences of Brexit and facing up to its challenges will be unavoidable”.

“I believe that the case for independence is stronger than ever,” she added,

Although the Scottish National Party (SNP) holds 63 of the 129 seats in the Scottish parliament, it would expect to carry the bill with the support of the Greens. Labour, the Conservatives and the Liberal Democrats all oppose Scottish independence.

However, the Edinburgh-based assembly cannot legislate to hold an independence referendum without the acceptance of the UK government, and Prime Minister Theresa May has repeatedly opposed plans for another poll.

Indeed, the SNP government has not promised to hold another referendum. In a statement issued after Sturgeon’s speech to MSPs, the Scottish government said the bill would “protect the option of an independence referendum within this parliamentary term.”

Scots voted to stay in the United Kingdom by a 55-45% margin in September 2014, chiefly because the anti-independence campaign persuaded voters that leaving the UK would lead to a sharp economic hit for Scotland – a stance still maintained by key opposition parties.

“The chaos of Brexit throws into sharp relief the challenges of leaving a political and economic union,” warned Labour’s leader in Scotland, Richard Leonard.

“Leaving the UK would lead to unprecedented austerity for Scotland’s public services,” he added.

His counterpart Jackson Carlaw, the Conservatives’ interim leader while Ruth Davidson, one the country’s most popular politicians, is on maternity leave, argued that a new referendum would be “absurd” and “inherently divisive”.

Demands for another plebiscite on independence have increased as a result of the Brexit process. 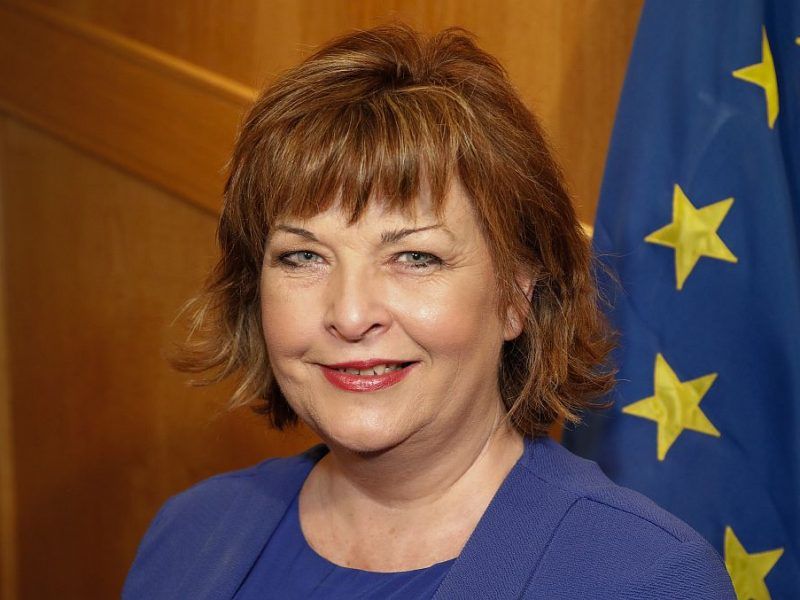 We won't be blackmailed by May's 'no deal' threat, says Scottish minister

UK Prime Minister Theresa May has embarked on a frantic two-week campaign to persuade sceptical MPs to back her Brexit deal when it comes before the House of Commons on 11 December. But it is increasingly clear that it won’t wash with the Scottish National Party.

In the 2016 Brexit referendum, Scotland voted by a hefty 62-38% margin to stay in the EU and the Scottish government has not backed down from its stance that leaving the EU would cause deep political and economic damage.

The SNP has led campaigns for a second referendum on Brexit, and have repeatedly complained that Theresa May’s government has ignored Scotland’s needs during the negotiation of her Brexit agreement, particularly by promising to crack down on migration and leave the EU’s single market.

“Whatever our different views on independence – it (Brexit) should persuade all of us that we need a more solid foundation on which to build our future as a country,” Sturgeon told MSPs.

“You have a 585-page withdrawal agreement that has absolutely no mention of Scotland,” External Affairs Minister Fiona Hyslop told EURACTIV in December.

However, although a survey by pro-independence group Progress Scotland in late March found 63% of respondents see the country eventually becoming independent, a majority of Scots do not want another referendum within the next five years, and polls have repeatedly shown a narrow majority against independence.